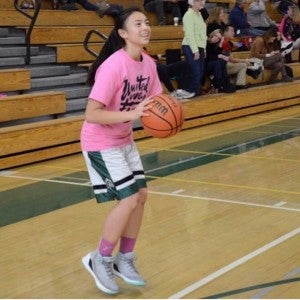 Kimberly Nuestro, in shooting form, was a healthy young athlete who was so passionate about basketball she aspired to be the first Filipina WNBA player and win “Most Valuable Player.” CONTRIBUTED

CUPERTINO, California — The father of a Filipina teenage girl who collapsed and died during a basketball game wants to create awareness in young athletes, their parents and medical professionals that what happened to their daughter could have been prevented and should not be repeated. He called for more thorough approaches in the treatment of potentially fatal medical conditions.

Ramir Nuestro is not one to pass blame. The senior material logistics specialist who has been in the U.S. for 23 years nonetheless insists that his daughter Kimberly’s case should make health care providers to look more deeply and with more caution at signs that may indicate that more trouble may be present but are not manifest right away.

Kimberly Nuestro, second of four siblings just turned 16 last month, was playing her second game on Saturday afternoon, May 7, in Mission College in Santa Clara, California, when she collapsed shortly after the second half of the game got underway. 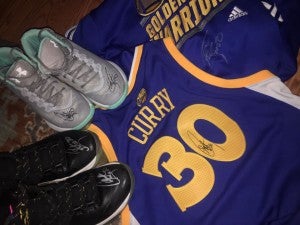 The Golden State Warriors also gave other team gear to go with the Steph Curry-signed shoes to honor Kimberly Nuestro and her passion for the game she loved. CONTRIBUTED

Kimberly’s team won the first game, and it was midway in the second game when she fell and collapsed. Before that, she was accidentally pushed as the players went for the ball, fell on her back and hit her head on the floor, according to Ramir.

“She stood up as soon as I asked her if she was OK. She was walking to her team’s courtside, and her mom applied ice on her head telling her she did not need to go back,” Ramir recalled.

But Kim insisted on going back to the game telling her mom that she was fine. She urged her coach to put her back in the game. But less than a minute after going back, she cluthed her chest, went to the sidelines, sat down, then fell again. There were efforts to revive her before paramedics came; but she remained unconscious and seemed to lose her breath on the way to the hospital. 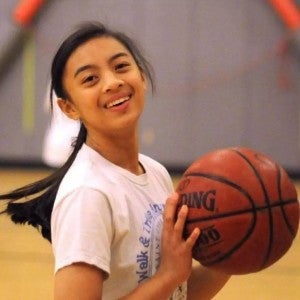 That ready smile on Kimbelrly’s face that lightened everyone even in defeat is something that her loved ones, including her teammates, will miss dearly. CONTRIBUTED

Ramir said that was probably the third time that she fainted. The first time was during training with another Amateur Athletic Union (AAU) team; the second time was with Cupertino, California’s Homestead High School team while they were running as part of their field training. The seizure in Mission College proved to be fatal.

“After the first and second time that she fainted, my wife brought her for a medical check-up. On the second check-up, she underwent MRI and CT scanning, EKG test, among others and results were good that she was cleared to play and was advised to simply drink more fluid for hydration,” Ramir recalled.

“That was why we were not worried. She was supposed to go back to the doctor two days before that incident happened. In three to six weeks we would know the official cause of death, according to Stanford Hospital,” he added. He thinks that what happened could have been prevented if only the doctors gave it more needed focus and attention.

Ramir described Kimberly as a simple, very kind girl, who dreamed of being a Most Valuable Player (MVP) of the Women’s National Basketball Association (WNBA), the first Filipina to do achieve that distinction. She was a straight A student in school, captain of her ball team, an MVP for Homestead High School last season and in other tournaments.

“Sweet child to everyone, who occasionally cracks a joke or two, who always helps her mom particularly in the household chores, loves her siblings, and small kids, close to her sister Mikayla, had many friends something they did not expect for one who used to be silent. This was Kimberly, an almost perfect child any parent could ask for and who is loved by many,” Ramir gushed.

Kimberly was supposed to be the healthiest among the four siblings two of whom were born prematurely.

“She did not even think of having a boyfriend, apart from adoring Golden State Warriors (GSW) star player Steph Curry, whom she looked up to as a role-model. Curry’s wife, Ayesha, was her idol for cooking. She had always been athletic who started playing basketball without any prodding when she was in fourth grade,” added Ramir.

Kimberly wished for her rubber shoes to be signed by Curry himself. Curry readily obliged and even put in good words for her after he learned of her death.

“This is obviously an unfortunate situation for her family. I heard her story, how much she loved basketball, how much she loved watching us play. For her family to have the support of your school of the community around her but also from the Warriors organization to hopefully give them some support and to hopefully get through this situation as best they can,” stated Curry in an interview with school paper The Epitaph. 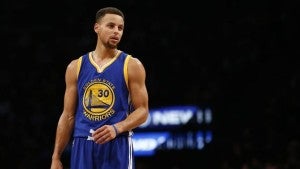 Warriors star Stephen Curry wishes she could have met Kimberly Nuestro before she died. AP PHOTO

“I wish I could have met [Kimberly] before she passed. But this is a small token for her family, to know that there’s a lot of people thinking of them, [to help them] with what they’re going through and to hopefully honor her life with those shoes.”

Ramir profusely thanked the Warriors organization led by Curry for giving them the opportunity to grant Kimberly’s wish. GSW also gave other signed Warriors gears to go with the signature in Kimberly’s shoes.

The Nuestro family are also happy with the Homestead High School community’s support. The school held a vigil, dedicated a day to her by wearing Warriors colors blue and gold and set up of a memorial for students to drop off photos, flowers and cards for Kimberly and her family. 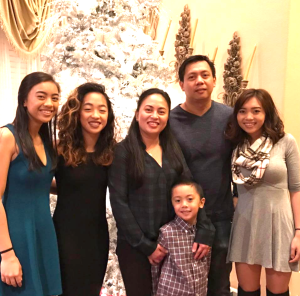 “We seek to avoid a repetition of what happened to Kim so no other family would suffer like what we are suffering now,” Ramir hoped. “It is never easy for parents to lose their child just like that. My daughter was a healthy athlete, played basketball and then suddenly this tragedy happened. It is something that is so hard for parents to accept. But just the same, we cannot put the blame on anyone. It would never bring my daughter back to life. Things happen for a reason that is what my wife and I believe now.”

Ramir also wishes that Kim be remembered as a role model for young athletes who pursue their dreams, who believe that everything is possible as long as you work hard for it.

A GoFundMe campaign is being held to cover funeral expenses, with some amount to go to a basketball scholarship fund for deserving children as a memorial in her honor. The fund has gathered $14,610 as of May 16.