Owned by Tencent, WeChat is China’s most popular messaging application and the most popular of Chinese mobile apps.

WeChat users are estimated to be over a billion peoples. Wechat was actually designed to render messaging services mainly.

But then, its growth has seen lots of other services such as payments, ordering for taxis, and other functions in real-time have been incorporated into it.

The WeChat app has become a necessity for millions of Chinese active users, as some agree that life will be extremely difficult without the usage of the app.

More so, it is incredible with security and evidently safe for usage by the Chinese population.

One astonishing thing about the configuration of the WeChat app is how it is able to account for the activities of its users both in mainland China, its environs, and outside the Chinese territory.

It does not matter where you are located; once you are spotted to be engaging in activities that go against the terms and conditions of the app usage, you are going to face reasonable restrictions to serve as a deterrent to you and others who might want to follow a similar path. Let’s take a detailed look into what WeChat is and it’s working process.

WeChat has made payment for goods and services so easy in China via the use of the WeChat wallet.

It doesn’t matter if you are buying from a big supermarket or you are about to enjoy the services of a local taxi, you can always make payments through WeChat provided that you have a Chinese bank account which could be linked to your WeChat account.

There are lots of payment options available to you when you are an active user on WeChat.

The WeChat pay account helps you send money to people in the completion of transactions.
Payments on the WeChat app are done in two ways, both of which require the use of a barcode.

First, you can make payments when you scan the barcode of the trader who you are buying from.

The same technique applies if you are buying from a Chinese online store using WeChat. However, you are going to need a passcode or a biometric authentication tool to perform the transaction successfully.

The second method is when the store or merchant you are buying from scans your barcode so you can pay for the things you purchased.

Also, the messaging function allows you to make transfers to contacts on your WeChat, making splitting of bills among folks easy in China and easing the Chinese population of the stress and danger that comes from going about with cash. 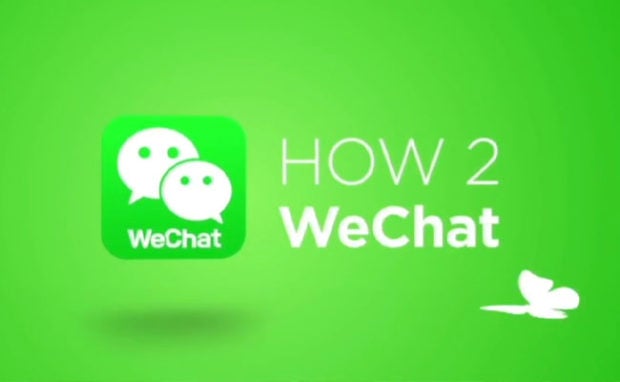 Just like all other text messaging app, WeChat has a host of primary functions, one of which is messaging.

This is designed in various forms on the app, ranging from one on one conversation with individuals to group chats.

One unique contact feature that is widely used in China is the barcode. Also known as QR code, the barcode is used in scanning phones between two individuals whenever they exchange contacts.

Its usefulness is due to the uniqueness of the barcode feature.

WeChat has wide acceptability in china. People even feel it can substitute for conventional mail.

This is mostly so because the Chinese population is comfortable with its interface.
Regardless of the mobile device in use, important work-related messages can be sent in real-time.

One sub-feature of the messages feature for WeChat is known as “moments.” This looks like the “WhatsApp status,” and it allows users to upload their images and videos and their friends can make comments on it.

WeChat allows you to do a lot of things via its app. You get to do wealth management and top up your mobile phone also.

This is possible because the app is configured to accept payment through a variety of payment options. Playing games is also allowed within the WeChat app.

In fact, Tencent makes a great deal of profit here, raking over 30% between July and September 2018.

Attaching mini-programs to WeChat has given it the status of a “super app.” It is amazing how things that were done independently are now being fused into one another to create one big solution.

This is exactly what the WeChat app represents; an all-encompassing mobile app that offers essential services to mainly Chinese active users.

WeChat is not alone in this journey. Alipay is another major example of a Chinese mobile app that can also be called a “super app”.

All the features of a “super app,” which involves the infusion of smaller projects ranging from games, to payment options are inherent in WeChat as well as other apps in the super app category.

So, instead of having to start building a community of users on their own, Companies who own these mini-programs decide to make use of platforms built by these “super apps” because it gives them access to a user base with millions of active users and a defined structure which is priceless to them.

Also, another advantage mini-programs benefit from using WeChat’s platform is that it gives their businesses the liberty to send promotional messages to their users using WeChat, opening them up to millions of Chinese citizens.

WeChat is not just the foremost messaging app in china. Rather, it is the most popular app as far as the Chinese population is concerned.

Its multiple functions and adequate security of usage is what gives it an edge over others.

The projection shows it might be catching up with other top messaging apps in the world very soon.