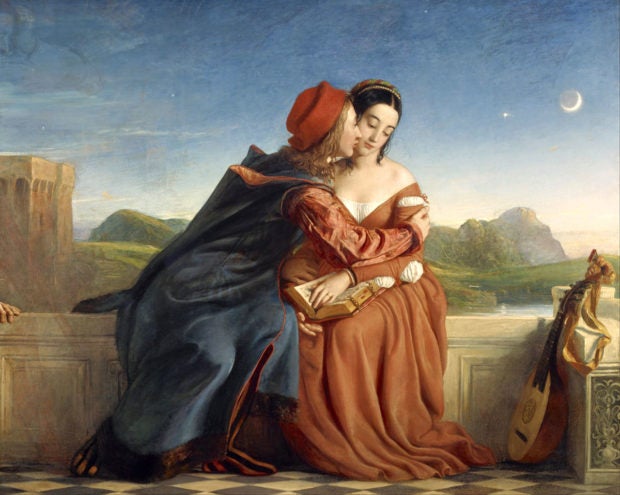 Paolo Malatesta and the married Francesca da Rimini, his sister-in-law.

Cheers! Only a very small percentage of spouses cheat, says one survey; but the respondents were interviewed face-to-face with their spouses present. Seriously?

Translating marital infidelity into socio-cultural scientific surveys is tough precisely because most people are reluctant to admit it. What do you expect?

However, rough estimates are not wanting. In the United States, every year, 10 percent of spouses admit cheating, both men and women. In 2018, there were 61 million American married couples, nearly 122 million spouses and 10 percent of which is more than 12 million cheating spouses.

In Netflix’s Lucifer series, promiscuity, licentiousness, and lust are more than tolerated. True to his form, Lucifer, the Devil himself, enjoys a life of “wine, women (sex), and song,” a.k.a. a life of hedonistic pleasures and shamelessness.

What about the unmarried ones who are engaged in premarital and extramarital affairs? In the second circle of Dante Alighieri’s Inferno, we find those overcome by lust, married and unmarried. The peccatori carnali, or the “carnal malefactors” in Henry Wadsworth Longfellow 1882 translation, are condemned for allowing their lower appetites to rule over their reason.

Imagine the punishment in that circle. Because lovers can become unreasonable, the inordinate power of lust whooshes aimlessly, without direction, symbolized by some forceful winds of a furious storm that pummel their souls back and forth without rest – for all eternity.

There, Dante encounters real historical characters such as Cleopatra of Egypt who had two children with Mark Anthony of the Roman Empire, and various personalities in the Greek mythology like Helen, earth’s most beautiful woman, who was married to King Menelaus of Sparta but was abducted by Paris of Troy; and Achilleus, the hero of the Trojan War – all consumed by sexual desires.

Francesca da Rimini, in real life, was married to Giovanni Malatesta for political convenience but carried on an adulterous affair with his younger brother, Paolo Malatesta. She explains why:

“Love, which in gentlest hearts will soonest bloom
seized my lover with passion for that sweet body
from which I was torn unshriven to my doom.”

Giovanni viciously stabbed Francesca and his brother, and Francesca was sent to the second circle of Hell. The moral and doctrinal principles in Dante’s description of the second circle are based on one taken-for-granted commandment of YHWH God Almighty: “THOU SHALT NOT COMMIT ADULTERY” (Exodus 20:14).

Dearie me, when He came in the New Testament, Jesus upgraded the sixth commandment of the Old Testament and demanded higher discipline from Christians. He said: “Whoever looks with lust at a woman has already committed adultery in his heart” (Matthew 5:28).

From Christians, lest we forget, Jesus demands the highest standard of moral living, and nothing less.