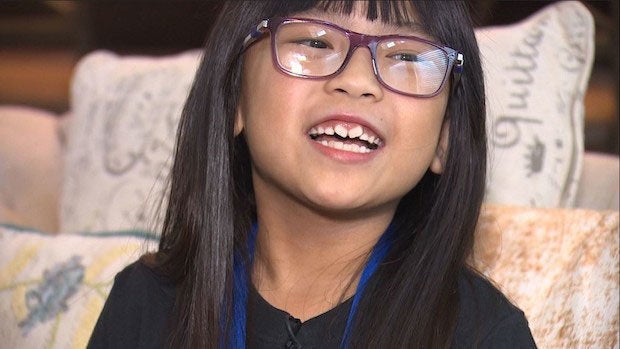 RICHMOND, Texas — An 8-year-old Filipino American girl from Richmond won the National Spanish Spelling Bee Championship, even though Spanish is not her first language.

For a month, Kirsten Santos studied her Spanish dictionary for two hours every day, learning how to spell more than 60,000 words.

She qualified for the National Spanish Spelling Bee in Denver, Colorado after she won her campus bee, the regional and the state tilts. She said she wanted to challenge herself and entering the bee could be a way to improve her Spanish.

Santos is a third grader at International Leadership of Texas Katy and speaks English, Spanish, and Mandarin. She also speaks Filipino at home with her parents.

There were nine spelling bee champions in all, but Kirsten was the youngest by three years, reported KHIU-11.

Santos started school a year early and was placed in the Gifted and Talented program. Her parents, Levi and Vanessa Santos, told KHIU-11 that if they don’t keep her busy she gets bored.

Kirsten Santos said she wants to be an “ear surgeon” and to study the brain because it’s “like a super computer!” and hopes to one day cure a disease.