CHANDLER, Arizona – The Arizona Attorney General’s Office on Thursday indicted the Filipino husband-and-wife managers of an assisted living facility in this city after the death last year of a 69-year-old resident who spent two days inside the home-based facility without air conditioning. 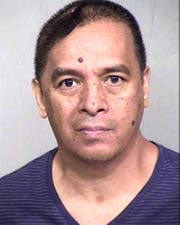 According to the Attorney General Office’s press release, the air conditioning at the facility failed on Aug. 16, 2018, affecting five residents.

Two days later, on Aug. 18, 2018, Lolita Somera called 911 to report that the man was non-responsive. Responding Chandler police officers found that the temperature inside the home was 94 degrees, while the temperature in the man’s room was 100 degrees. The air conditioning had been out of commission for 48 hours.

The man, who had lived at the facility since May 2018, was pronounced dead. Joseph and Lolita Somera were charged with recklessly endangering the man’s health under their care — one count of vulnerable adult abuse, a class three felony.