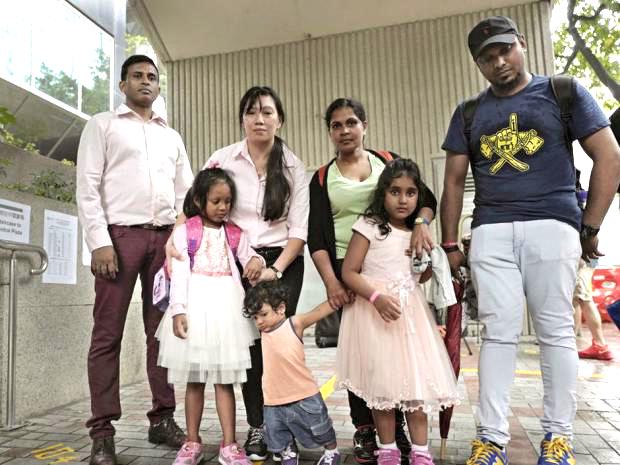 The families who sheltered U.S. fugitive Edward Snowden in Hong Kong are asking the Canadian government to fast-track their asylum applications. (A Filipina, Vanessa Mae Rodel and her daughter Keana are among them.)

The Hong Kong government rejected the families’ refugee requests last week and they are hoping to settle in Canada.

Snowden hid out in Hong Kong for two weeks in June 2013 after he leaked documents revealing extensive U.S. government surveillance.

The families were put in touch with Snowden because they shared the same lawyer, Robert Tibbo.

Tibbo said Canada must allow these seven people into Canada while it processes their refugee claims because there is little chance they will be able to remain in Hong Kong.

The families — three Sri Lankan adults, a Filipina, and three stateless children — have long-pending asylum claims in Hong Kong that they fear may soon be rejected, and they fear for their safety if they are deported home.