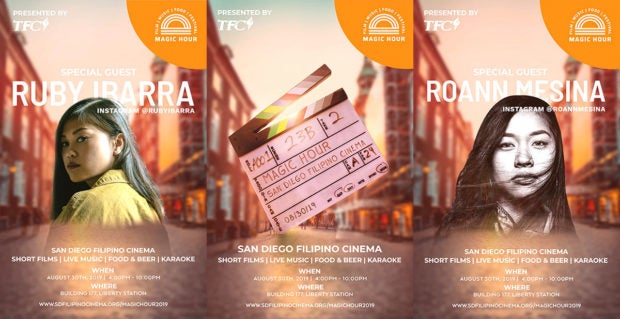 This festival will help SDFC raise funds for its non-profit program initiatives in 2020, and it will also seed the very first San Diego Global Filipino Film Festival.

“As a young emerging Filipino American filmmaker, I am so grateful for an organization like SDFC to put me on the right track in a career in cinema,” said SDFC volunteer, Leah Lombos of Chula Vista.

“Thanks to SDFC, I participated in my first film submission in a San Diego-based film contest called Women Making a Scene in which my film was selected for a local screening. SDFC has guided me on how to not only make films but to also network with industry professionals and improve on my visual storytelling.”