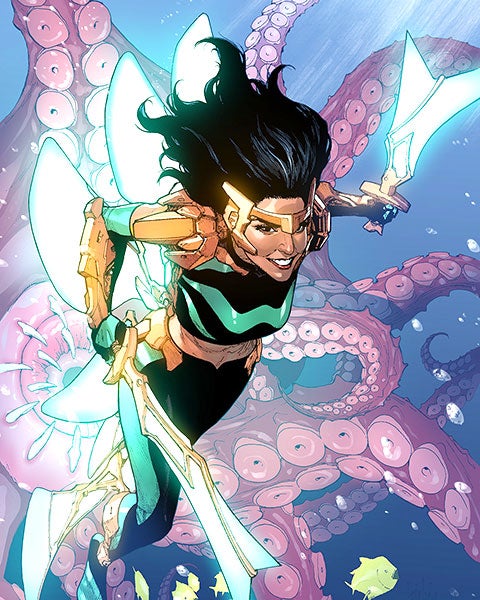 Wave aka Pearl Pangan is from Cebu, Philippines. MARVEL

NEW YORK — I was at the recent IndieKet Komikon convention in Ortigas assisting my good friend comic artist Clark Steven Lupton who was exhibiting at his table.

I took some time to walk around to see what the other artist booths had on display. To my amazement, one was selling copies of the first issue of Marvel Comic’s new series “The War of the Realms, New Agents of Atlas,” which features the debut of Marvel’s newest superhero Wave, depicted as a Filipina water warrior from Cebu City.

Marvel never ceases to impress me with how increasingly inclusive it has grown within the past few years. It has expanded its storytelling through the creation of superheroes of diverse nationalities and ethnic backgrounds, including the successful adoption of “Black Panther,” the most lucrative film starring an African superhero. 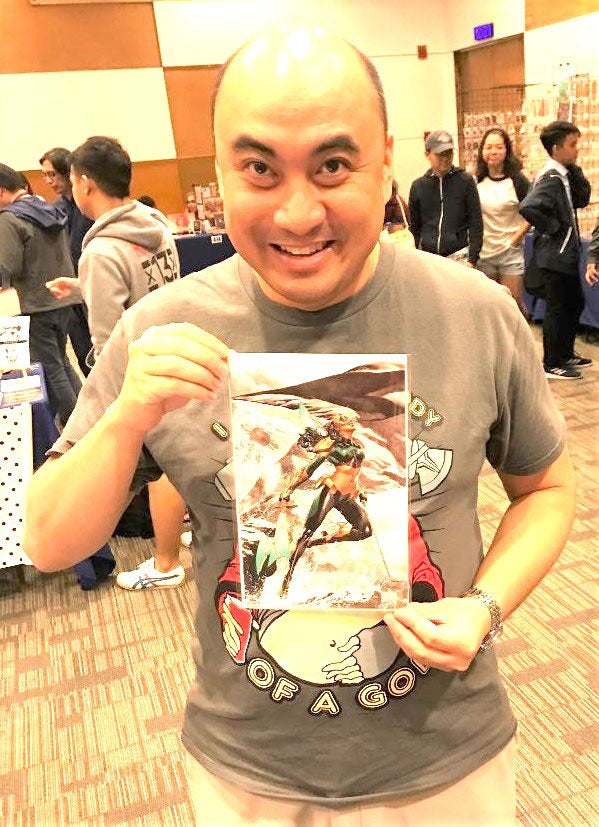 The author snaps up a copy of the latest Marvel comics with Wave on the cover. CONTRIBUTED

With Marvel’s recent announcement of the 2021 release of “Shang-Chi and the Legend of the Ten Rings” — featuring an Asian character as the main hero — I couldn’t be more excited to witness how the comics industry behemoth is exploring characters that may not be known to Western audiences, and then sharing them through all forms of media.

There can be no doubt that the Wave character is another fine example of the company’s growing inclusiveness.

At this booth, which I had visited, I took a long glaring look at this copy of “The War of the Realms” comic with our very own Wave gracing the front cover. Without hesitation, I purchased a copy, very eager to see what pages would reveal about the Filipina superhero.

As I read through the pages, I learned so much more intriguing information about the “War of the Realms” series, which is indeed something Marvel has not done before — depict an assembled all-Asian superhero team. 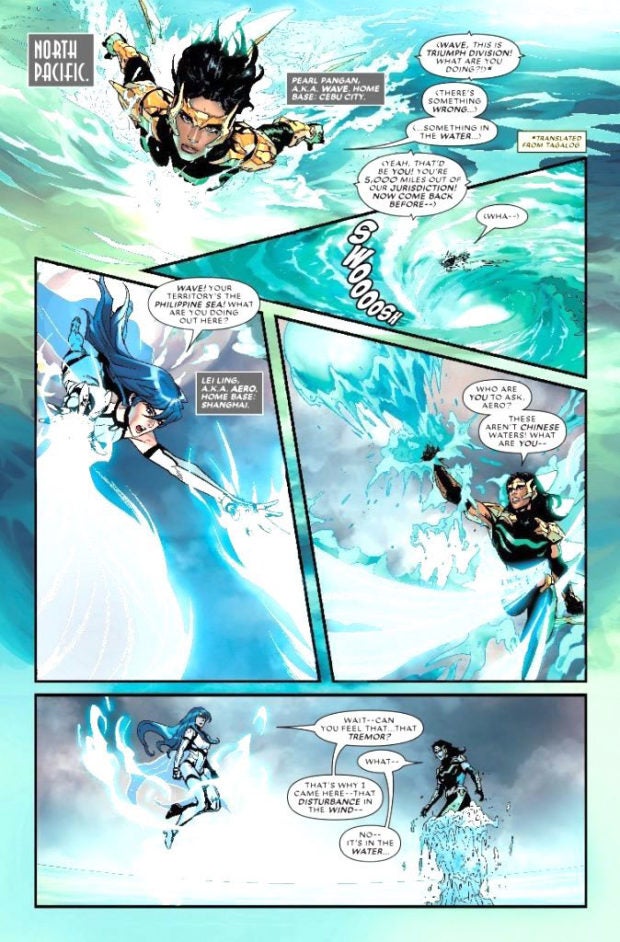 The “Agents of Atlas” refer to an international secret society known as the Atlas Foundation, comprising young heroes with unique abilities.  Their mission is to protect humanity from global threats, a mission not unlike that of their more established and well-known colleagues the Avengers.  They are led by a former agent of the Strategic Homeland Intervention, Enforcement and Logistics Division (S.H.I.E.L.D) named Jimmy Woo, a Chinese American.  The team itself comprises an inter-Asian crew whose members include Kamala Khan (“Ms. Marvel”), a Pakistani American; and Amadeus Cho (“The Brawn”), a Korean American.

Adding to the story’s diversity is our very own Wave, whose real name is Pearl Pangan, a native of Cebu City.  A creation of Korean-American comic book writer Greg Pak and Filipino artist Leinil Francis Yu, Wave has the superpower ability to control water.

In the comic book cover, she is drawn with fine attractive Filipina features, wearing a black, gold and aqua armor while wielding a crystal sword.  This being her debut appearance in a comic book, nothing was revealed about her exact origins, background and upbringing; but those questions definitely left me as a reader and fan all the more fascinated and intrigued to see how her backstory and character will evolve.

And I do yearn to see the day that the beautiful Wave will be performed on the big screen. @The Filam

ADVERTISEMENT
MORE STORIES
Fil-Canadian scientist is on nation’s Covid research team
Martial law creep in America
Floyd death pushes US military to face ‘own demons’ on race
Don't miss out on the latest news and information.