Tupac Shakur 23 Death Anniversary: There’s no doubt Tupac Shakur is one of the most celebrated Legends in Black American Communities and other parts of the world. Apart from his dominance in Ghetto rap, his clamor for the rights of Black people makes him more than a hero to must young people that need to find their voice.

Just like Nipsey Hussle was considered for his passion to help the community and love for others.

The legendary Tupac has lived and died, but his memory lives on in our hearts.

And while celebrating the Tupac 23rd Death Anniversary, it’s important to remind ourselves of the events that shaped Tupac, his ideologies, and recognitions.

As a lover of rap and activist, it’s a great honor to articulate the life and death of my mentor and hero, Tupac Shakur.

Join me, as I do justice to the topic — Tupac 23rd Death Anniversary. 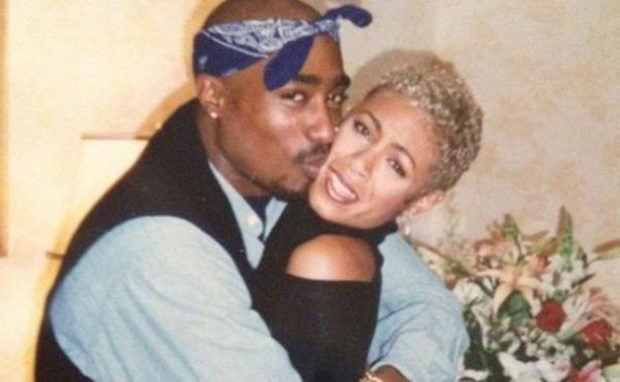 Tupac Shakur was born in Harlem, New York in the middle of 1971.

The rap legend was christened Lesane Parish Crooks at birth.

On induction as a member of the Black Panther party, his mother, Alice Faye Williams renamed him Tupac Amaru after the Peruvian Legend that was eliminated by the Spanish in the 18th century.

Tupac’s childhood was shaped by the Ghetto culture and his mother, who, as of then, was striving to survive and raise her children.

They settled down in Baltimore, where the young Shakur was admitted to the Baltimore school of arts.

At the Baltimore school of arts, Tupac made a new friend, Jada Pinkett-Smith, who had a cameo in “strictly 4 my Niggaz” music video.

She also appeared in the 2017 film on Tupac titled, All Eyez on me.

Jada told reporters she was into drugs before she knew Tupac and she found the repainting of their friendship in the movie very painful.

“It wasn’t just about, oh, you have this cute girl, and this cool guy, they must have been in this — Nah, it wasn’t that at all. It was about survival, and it had always been about survival between us,”. At a point in time, when Tupac’s Baltimore neighborhood became a crime-hood, his family had to relocate to Marin city in California.

Their relocation did not come without its own cons — Tupac was caught up in drug business and his mother was one of the consumers of the same drug he helped circulate.

For Tupac, Hip hop was his salvation from crime.

His love for hip hop prevented him from heading into self-destruction.

Tupac met an old white woman with the name, Leila Steinberg when he clocked seventeen.

They began a discussion about Winnie Mandela. Steinberg would later describe Pac as a young boy with fan-like eyelashes, inexhaustible charisma, and the most captivating smile.

When they became friends, Tupac was engrossed in writing poems and asked Steinberg who knew little about the entertainment industry, to manage him.

Steinberg connected Tupac with Aton Gregory, a music manager, who got him a gig as a roadie and dancer for the hip hop group digital underground in 1990.

Tupac made his way to the mic and made his first recording debut, the same song, in 1991.

It was the official soundtrack of Dan Aykroyd comedy, Nothing but trouble.

He was featured on Digital underground’s album titled Sons of the P in October of the same year.

Aton Gregory got Tupac a deal with Interscope records and Tupac’s debut album, 2Pacalypse Now, was released a month after the Sons of the P struck the stores. Tupac Shakur is an epitome of gangsta-rap, a genre that made him popular internationally.

Throughout his life and after his death, he sold 75 million album copies to date, making Tupac Shakur one of the best-selling artists of all time.

The rap king started his acting and music career as an activist with the aim of expressing the challenges and injustice experienced by many Black Americans.

His ability to merge activism with music made him a spokesperson for his generation and generations to come, who are facing the same injustice he condemned.

Tupac maintained the notion that his songs were misunderstood.

He told reporter Chuck Philips, “Everything in life is not all beautiful. There are lots of killings and drugs.

To me, a perfect album talks about the hard stuff and the fun and caring staff.

The thing that bothers me is that it seems like a lot of the sensitive stuff I write just goes unnoticed.” Marion Suge Knight, the label owner of Death roll records visited Tupac in prison and offered to bail in with 1.3 million dollars, in exchange for a record deal.

After Tupac agreed and signed, he was released on bail from the Dannemora facility in New York City in October 1995.

Death row records were created by Suge knight the DOC and Dr. Dre. The rapper, Tupac Shakur had issues with Biggie Smalls, thereby offsetting a war between the East Coast and West Coast rappers.

But he wasn’t able to see the end of this tussle, as he was killed before clocking 26.

When Did Tupac Die? 2 Pac gave up the ghost in Las Vegas on September 13, 1996, after sustaining gunshot injury for six days.

His murder was declared unsolved and the person from whose gun the shots were fired wasn’t prosecuted.

When Did Notorious Big Die? Half a year after 2pac died, on March 9, 1997, Biggie Smalls was fatally shot by a drive-by shooter in Los Angeles.

Neither Tupac’s murder case nor Biggie’s case has been solved. Alongside Chaka Khan, Pearl Jam, and others, Tupac was inducted into the Rock and Roll 2017 hall of fame by Snoop Dog.

There are a lot of Conspiracy theories created by men and women, who do not believe someone as brilliant and proactive as Pac could be killed.

I’m not a conspiracy theorist, but I believe Tupac Shakur lives on in the minds of those (black or white) who says P outright NO to injustice and Inequality.