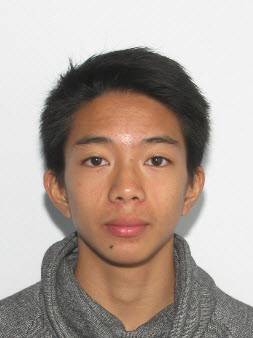 Police in Calgary, Canada are looking for Kyle Granado as a person of interest in a deadly shooting more than a year ago. CALGARY POLICE

CALGARY, Alberta — Police are asking the public’s for help in locating a Filipino Canadian person of interest in a shooting that killed one man more than a year ago.

Calgary police are now looking for 20-year-old Kier Bryan Granado, who is considered a person of interest in the shooting death of Hussein Merhi, 26, in an alley in Monterey Park on Sunday, Dec. 13, 2015.

Merhi was reportedly killed in a fight with at least two people. Granado has been missing since shortly after the incident, according to a report by GlobalNews.ca.

Police said Granado’s family have not seen or heard from him for about 17 months and are very worried about him.

Police in 2015 released a photo of a dark colored SUV seen fleeing the area after the shooting. Police recently told Global News that the SUV had been located.