President Donald Trump said Friday he believes he has the influence to rally Republicans around stronger federal background check laws as Congress and the White House work on a response to last weekend’s mass shootings in Texas and Ohio. At the same time, Trump said he had assured the National Rifle Association that its gun-rights views would be “fully represented and respected.” He said he was hopeful the NRA would not be an obstacle to strengthening the nation’s gun laws.

Trump has promised to lead on tougher gun control measures before, including after the 2018 Parkland, Florida, school shooting, but little has come of it. 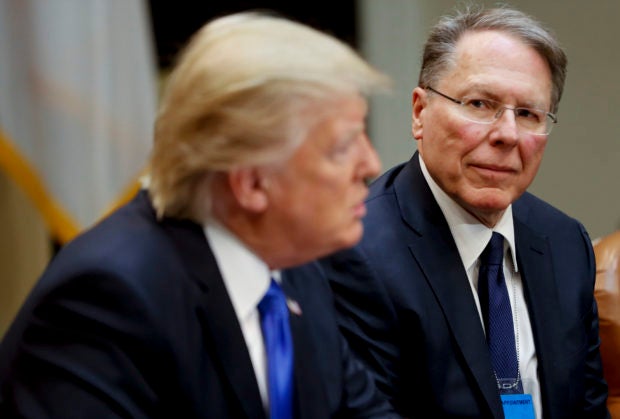 FILE – In a Feb. 1, 2017, file photo, National Rifle Associations (NRA) Executive Vice President and Chief Executive Officer Wayne LaPierre listens to the right as President Donald Trump speaks in the Roosevelt Room of the White House in Washington. In the latest national furor over mass killings, the tremendous political power of the NRA is likely to stymie any major changes to gun laws. The man behind the organization is LaPierre, the public face of the Second Amendment with his bombastic defense of guns, freedom, and country in the aftermath of every mass shooting. (AP Photo/Pablo Martinez Monsivais, File)

He said Friday he now is looking for “very meaningful background checks” but is not considering a resurrection of an assault weapons ban. He said he also believes lawmakers will support “red flag” laws that allow guns to be removed from those who may be a danger to themselves and others.

“I see a better feeling right now toward getting something meaningful done,” Trump told reporters when asked why the political environment was different now.

“I have a greater influence now over the Senate and the House,” he said at the White House. 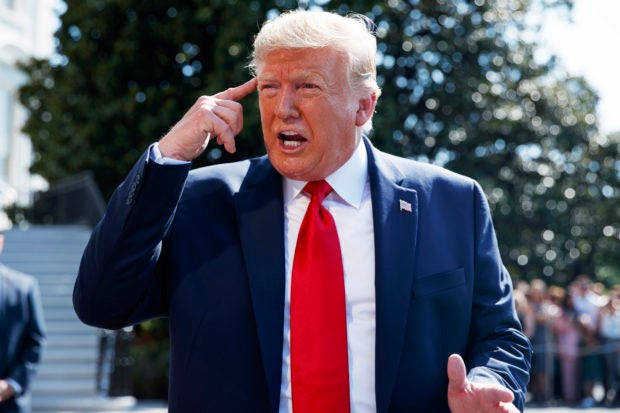 Democrats and others have been skeptical of Trump’s commitment to genuine gun control, judging from past experience. But he said he was behind it.

“The Republicans are going to be great and lead the charge along with the Democrats,” he declared, saying he’d spoken with Senate Majority Leader Mitch McConnell whom he proclaimed to be “totally on board.”

Republicans have long opposed expanding background checks a bill passed by the Democratic-led House is stalled in McConnell’s Senate but they face new pressure after the shootings in El Paso, Texas, and Dayton, Ohio, that left 31 people dead. 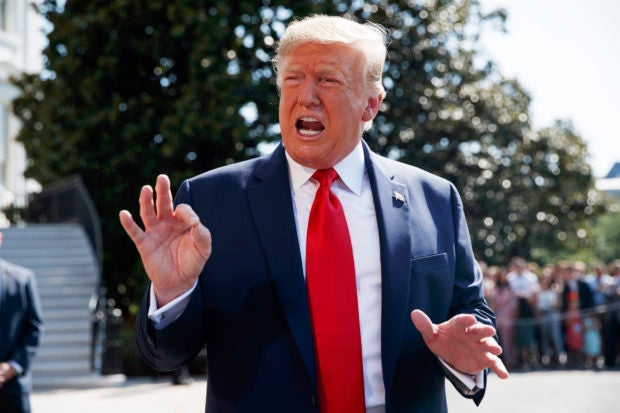 As for the NRA, which has contributed millions to help Trump and other Republicans, the gun lobby’s chief executive, Wayne LaPierre, said this week that some federal gun control proposals “would make millions of law-abiding Americans less safe and less able to defend themselves and their loved ones.”

But Trump said he’d spoken with LaPierre this week and “I think in the end, Wayne and the NRA will either be there or either be a little more neutral.”

“Frankly, I really think they’re going to get there also,” he added. 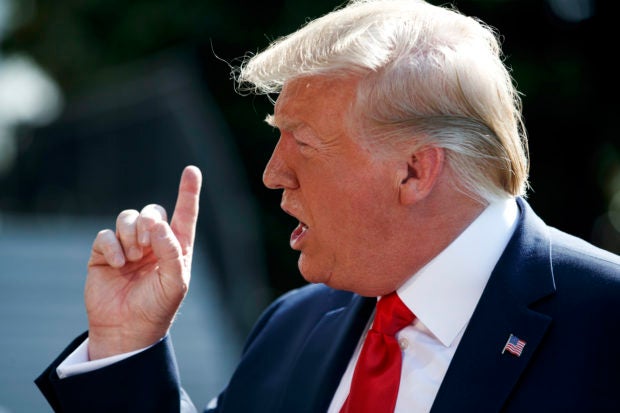 On Thursday, Senate Majority Leader McConnell said he now wants background checks and other action, setting up a potentially pivotal moment when lawmakers return in the fall.

The Republican leader won’t be calling senators back to work early, as some are demanding. But he told a Kentucky radio station that Trump called him Thursday morning and they talked about several ideas. The president, he said, is “anxious to get an outcome and so am I.”

“What we can’t do is fail to pass something,” McConnell said.

Traveling with President Donald Trump to New York, South Carolina Sen. Lindsey Graham said he intends to discuss the issue with the president over the weekend, saying he’s in favor of a state-run list system that would prohibit certain people from buying guns. He claimed that, in all of these cases, there were numerous warning signs that were ignored. “I just think the space to do nothing is gone,” he said. “And that’s a good thing.”

McConnell said he and Trump discussed background checks and “red flag” laws. “Those are two items that for sure will be front and center as we see what we can come together on and pass,” McConnell told Louisville’s WHAS-AM.

In a joint statement, they said Trump called them individually after Pelosi sent a letter asking the president to order the Senate back to Washington to consider gun violence measures.

Schumer and Pelosi said they told Trump the best immediate step would be for the Senate to take up and pass the House bill. Trump, they said, “understood our interest in moving as quickly as possible to help save lives.”

The politics of gun control are shifting amid the frequency and toll of mass shootings. Spending to support candidates backing tougher gun control measures â€” mostly Democrats â€” surged in the 2018 midterms, even as campaign spending by the NRA declined.

The NRA says proposals being discussed in Congress would not have prevented the shootings in Texas and Ohio.

McConnell rejected the idea of reconvening the Senate, saying calling senators back now would just lead to people “scoring points and nothing would happen.”

Instead, the GOP leader wants to spend the August recess talking with Democratic and Republican senators to see what’s possible. Senators have been talking among themselves, and holding conference calls, to sort out strategy.