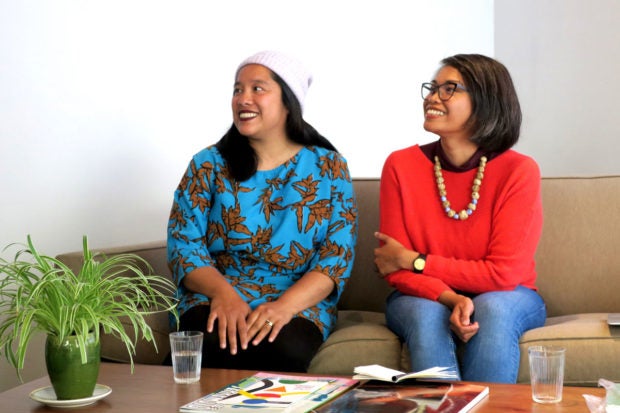 SAN FRANCISCO – A platform project collaboration by two Filipina curators, San Francisco- based Lian Ladia and Singapore-based, Sidd Perez, all began from an inquiry sparked by a rumor that there was no art criticism in the Philippines.

“We wanted to find that out and we figured out ways in how to find that out,” says Ladia. “We found out that it’s not true, [art] criticism [in the Philippines] does exist. It’s just that it wasn’t accessible. It’s in people’s hard drives, basements, it’s in a family member’s archive.”

The duo did not just rely on scholarly text, Ladia says, but also thought about “how artists work around that theme in their works, how filmmakers did that, and how several forms enable to become platforms for art criticism like magazines, newspapers.”

Ladia and Perez recently launched the “second iteration” of their project’s website www.plantingrice.com at Kadist gallery in San Francisco. Planting Rice is a web-based platform that generates an archive of new and republished critical, historical exhibition texts, and current discussions and collaborations by artists and writers about contemporary art in the Philippines and Southeast Asia, developing outside established institutions and beyond available publications.

The site is a resource for artists and researchers of Philippine and Southeast Asian contemporary art. The platform will serve as a repository of republished historical and critical art text on the Philippines, focusing on the fact that significant writing is out there but inaccessible. 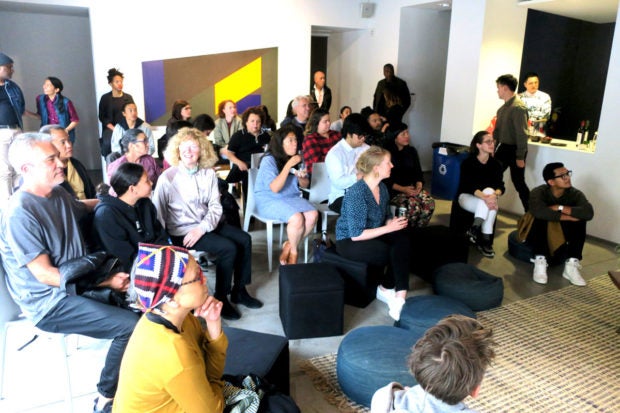 The first iteration of the website was launched in February 2011, the year after Ladia and Perez first met at Green Papaya Art Projects in Manila.

“Lian was curating the exhibition projects there. We started thinking about doing something together,” says Perez. “Beyond just curating exhibitions, how can we work with the network that we already have? We also wanted to self-educate about the communities and circuits that we’re practicing in. But how can we do that also in a public sphere where we can also simultaneously work things out with everyone else?”

Ladia and Perez, who was then affiliated with more gallery-based art, recognized the lack of infrastructure and support for artists and the art community in the Philippines.

“So many practices were largely independent and also collaborative,” says Perez. “No funding. Artists were helping themselves, helping one another. It was something that we both saw. It was something also that Planting Rice always talks about.”

“They had no idea where to start looking for residencies and opportunities when, in fact, it as there,” says Perez. “We just wanted to shape a way to do things that were already passing through us.”

At the time, they tried a variety of platforms from the website to a newsletter as well as a Facebook page. This also extended to curatorial and exhibition projects under the Planting Rice banner.

“A curatorial platform comes in different forms. When we met in the Philippines we dealt with spaces, but we also felt that there were other curatorial gestures or needs between artists that we need to address,” says Ladia. “And ‘spaces’ doesn’t necessarily mean physical spaces, it can be an online space, in can be an intermediary space. At this moment, we are talking about an archival space, which is something that we always wanted to address.”

This archival space that comprises the current iteration of Planting Rice started in an exhibition project known as Articles of Disagreements that Ladia and Perez mounted in the Lopez Museum and Library in Pasig City from September 18 to December 20, 2014. The exhibition focused on “art languages that will unearth the different forms of art writing and anecdotes of criticism in Philippines art history.”

“We decided to use a space in the museum that we called Café of Letters as a casual way to interact with other people. We had programs there where people could just swap text on a USB [drive],” says Ladia.

Planting Rice also served as a neutral platform for different artists and groups, of various and contrasting ideologies, who would not have seen each other eye to eye.

“There were several factions of people not wanting to be associated with each other, but with the platform it’s more neutral and it’s an online space. That was something that people appreciated because there was no discrimination. It was not about featuring just one group. It was accessing, getting knowledge from different groups,” says Ladia.

Since then several artists and curators worldwide have found a connection to the Philippines because of Planting Rice.

“One thing that was recognized in Planting Rice is the acknowledgement that there is the diaspora and there are artists working on topics about the Philippines, who are Filipino, but are based elsewhere,” says Ladia.

Currently, the project has evolved and consolidated into a single platform in the form a website while retaining a Facebook page for social media presence. 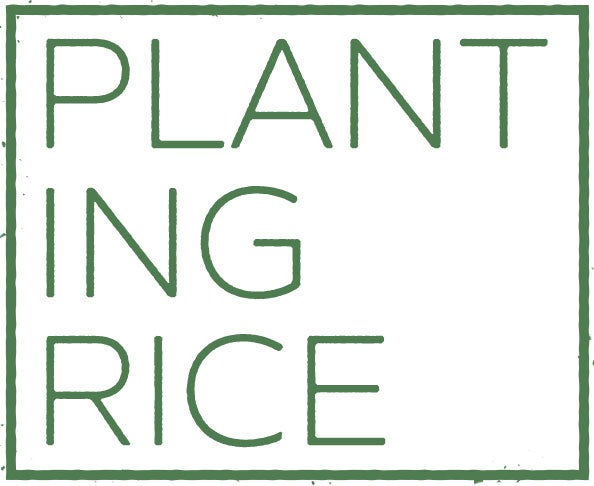 “The Facebook [page] will be kept for more immediate news and opportunities and the website is more archival,” says Perez.

Ladia and Perez had “refurbished” their platform, the website, including their mission, based on where they are at the moment with their transpacific curatorial collaboration yet their core intentions remain the same, with the exception of having exhibitions, in the sense of what most people think exhibitions are or should be: that it is done in a physical space.

“Exhibitions don’t necessarily have to be in white spaces or institutional spaces. The question is, do we need it right now at this time or is it just an empty space that we need to fill?” says Ladia.

“It morphs into different models. It does not have to be a formal display in a formal institution,” says Perez.

With Planting Rice, Ladia and Perez has generously veered toward the practical side of their curatorial practice by providing an archival space and tool intersecting Philippine and Southeast Asian art for artists, historians, and the community in the Philippines and the world over.

“My pragmatic aspiration is to put all of these things together and make it available. We want to put it up, we want to be able to share it, and we want people to be using it,” says Perez. “I wish that people are able to use it, and that people will find it useful.”

“When you create projects, it doesn’t have to be this big grand gesture of exhibiting spaces,” says Ladia. “Curatorial practice is not just about that, it’s also about connecting people, making archives accessible, letting artists know that they have support, and supporting each other as artistic practitioners.”