Why US consuls may revoke B2 visitor visas 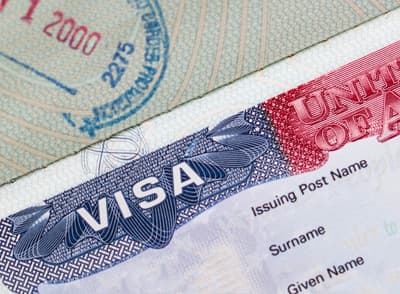 Once a non-immigrant visa is issued by a consular officer at the US Embassy, it may be used by the visa holder anytime during the validity period of the visa. There are also cases where an unexpired visitor visa may no longer be used for travel. This happens when derogatory information is received by the consular officer and the visa is prematurely revoked by the said consular officer.

Aida travels annually to the United States on a visitor (B2) visa. She stays at least for five months and departs for the Philippines thereafter. Information was received by the consular officer from a reliable source that Aida was engaged in unauthorized employment while on a visitor’s visa. Recently, as Aida was preparing to travel to the United States, she received a letter from the US Embassy requesting that she surrender her visa. She was taken aback to receive the notice, but nevertheless proceeded to the US Embassy in Manila. As she presented her visa, the consular officer marked REVOKED on it and she was given a document stating that the visa was denied under INA 214(b). Can Aida re-apply for another visa and travel again to the United States?

There are only certain circumstances under the regulations where consular officers are allowed to revoke a nonimmigrant visa: (1) ineligibility of the visa classification based on INA 214(b); (2) an immigrant visa is issued; (3) the  visa has been physically removed from the passport in which it was issued or (4) the visa holder is subject to a Watchlist Promote Hit for an arrest or conviction of driving under the influence, driving while intoxicated or similar arrests/convictions (DUI) that occurred within the previous five years.

The most common ground for revocation is based on Immigration and Nationality Act 214(b). This is a provision of the law where the visa applicant is presumed to be an intending immigrant “until he establishes to the satisfaction of the consular officer that he is entitled to the nonimmigrant visa status. A consular officer will have to base the revocation on clear evidence of intent to immigrate to the United States. Working and residing in the United States are signs that the visitor’s visa applicant has the intention to reside permanently in the United States and more importantly it is a violation of the terms of his visitor’s visa.

There is a required procedure for the revocation of the visa. The consular officer should notify the alien of the intention to revoke the visa and request the alien to present the travel document in which the visa was issued.

While the notice of intent to revoke a visa affords the alien the opportunity to demonstrate why the visa should not be revoked, there is no longer a procedure for reconsideration of the revocation.  An applicant whose visa has been revoked may apply for another visa. Or, a consular officer may provisionally revoke a non-immigrant visa while considering the visa holder’s eligibility for a visa.

The consular officer will print or stamp the word “REVOKED” in large block letters across the face of the visa. A ground for the ineligibility, or derogatory information, is entered into a database called Consular Lookout and Support System (CLASS). And every time, an individual applies for a visa, this information is noted in this system and will affect the application for a new visa.

In the case of Aida, there will be an opportunity for her to apply for a new visitor visa but she has to overcome the inadmissibility ground, which is the main reason why her visa was revoked. Otherwise, she may want to consider filing for a waiver. Approval of this waiver is discretionary on the part of the consular officer and the rate of approval is low. Hence, one should refrain from violating the terms of his visa to avoid the complications of a possible visa revocation.

View comments
TAGS: advice, B2 visa to US, columnist, Consular Lookout and Support System (CLASS), Immigration and Nationality Act 214(b), INA 214(b), travel to US, visitor visa to US, Watchlist Promote Hit