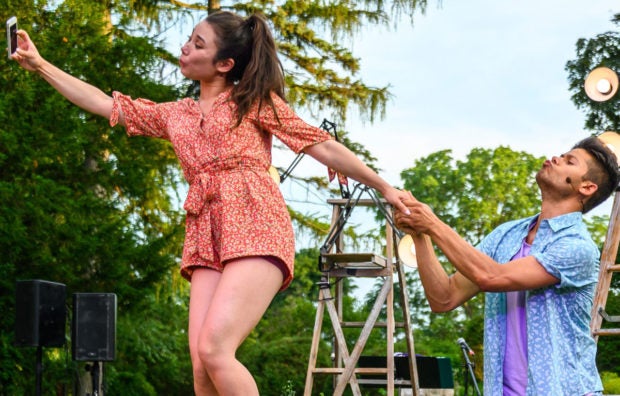 TORONTO — Filipino Canadian Marissa Orjalo is playing Hermia, one fourth of two pairs of lovers mistakenly mixed-up by magic, in a jazz adaptation of Shakespeare’s comedy “A Midsummer Night’s Dream.”

When some naughty fairies get involved in the romance of humans, enchanted lovers become infatuated with the incorrect person and a jinxed human becomes the object of affection of a fairy!

Visiting Ontario venues throughout the summer, the adaptation is titled “A (Musical) Midsummer Night’s Dream.” It is part of Driftwood Theatre’s Bard’s Bus Tour, which is now on its 25th year. The adaptation is by Kevin Fox, Tom Lillington and D. Jeremy Smith

“‘Midsummer’ is an excellent start into Shakespeare because it is one of his most well-known comedies,” encourages Orjalo for audience members who are not familiar with Shakespeare and might be intimidated by his works.

“It’s also quite easy to follow despite there being multiple narratives happening at once.”

“I would also say if you are a new audience member to Shakespeare’s plays, the best thing you can do is watch how the characters interact with one another,” she advises.

“Rather than focusing on what the characters are saying the entire time, focus on the interactions! A lot of jokes and meaning behind the script will come out of character interaction and you’ll find understanding the overall play to be quite effortless.”

Orjalo grew up in Oshawa City, Ontario and has been acting in film, television, commercials, and theater since she was five years old. She studied acting at Sheridan College and theatre academics at University of Toronto.

Her mother is of French and Irish heritage and her father is Filipino. 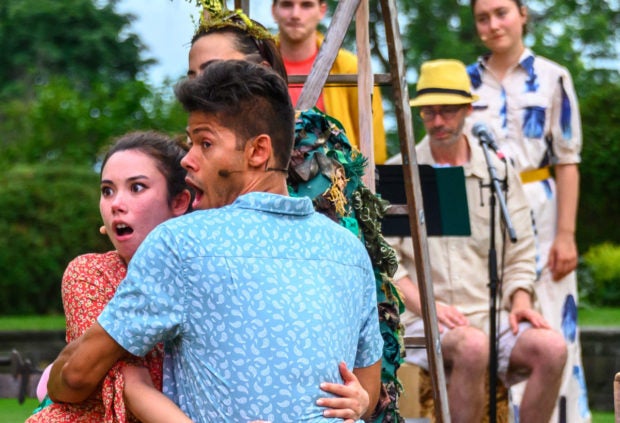 “I’m extremely passionate about mixed-race representation in the entertainment industry because our identity is fluid in terms of what stories we can tell,” she says.

“I also passionately advocate for Filipino representation because of my personal connection to its heritage and because the culture, the language Tagalog, and the experiences of the Filipino people in this country need to be told and represented. It’s important for future generations to see the strength and influence of our people.”

When preparing for working in Shakespeare plays, Orjalo reads the script multiple times.

“To decipher the language to find the meaning behind what Shakespeare has written for us; this includes defining words I don’t understand, researching metaphors he wrote that we no longer use in our modern-day language, and marking out the iambic pentameter (or the rhythm) each passage must be spoken in.”

For this particular production, there were other considerations as well.

“This is also a very movement-heavy and vocal-heavy show, so I implemented daily physical and vocal exercises to prepare for our first day of rehearsal.”

As it turns out, making audiences laugh takes a lot of work. Orjalo explains that the cast spent time working with director D. Jeremy Smith “on characters, narratives, relationships, and conclusions.”

“The process is all play and exploration! Midsummer Night’s Dream is so rich with choices that exploring the different avenues of humor is a must! A lot of our rehearsal days have been spent laughing as we try to piece everything together.

As for the tour, Orjalos is excited to visit all the cities on the production’s list of venues. “I hope to visit the Scarborough Bluffs when we are in that area and I’m very excited to tour to Kitchener because it’s one of the places on our touring list I’ve never been.”