Chicago scored two runs in the top of the first to jump out to an early lead. Parker Robinson opened the game’s scoring with an RBI single to center field that scored Donovan Evans. P. Robinson then stole second, third, and home to give Chicago a 2-0 lead. 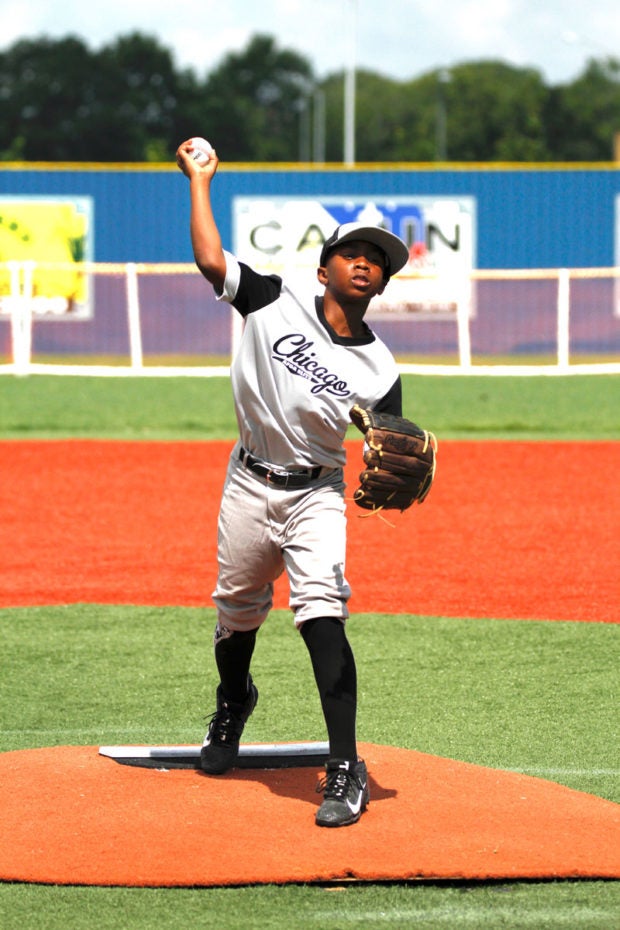 A member of the winning Chicago team in actions against Team Manila at the Mustang World Series. CONTRIBUTED

Chicago added another run in the top of the second to take a 3-0 lead. After Jaidon Hilliard singled and stole second and third, C. Robinson’s double brought him home.

Chicago managed to plate one run in the top of the fourth. After P. Robinson singled and stole second, a fielder’s choice let him score.

Manila continued to chip away, adding three more runs in the bottom of the fourth. Santino Malabanan tripled and knocked in Mark Olayvar and Jorrell Ching. A passed ball then allowed Malabanan to score, cutting Manila’s deficit to only four runs.

Chicago plated two more runs in the top of the fifth to expand its lead. Hilliard hit a double to center field that scored Jesiah Dawson for Chicago’s first run of the inning. The second run came on C. Robinson’s double to right field that scored Hilliard.

Manila managed to add one more run in the bottom of the fifth. Martino Ilagan led off the inning with a walk before stealing second. Olayvar then doubled, which allowed Ilagan to score.

Chicago scored its final run in the top of the sixth. After P. Robinson singled and stole second, a fielder’s choice allowed him to score Chicago’s thirteenth run of the game.

Chicago advances to face Placentia, California at 6:00 p.m. CT/US on Sunday, August 4 at the Youngsville Sports Complex. Manila is eliminated after compiling a 1-2 record in the tournament.

ADVERTISEMENT
MORE STORIES
New PH entry rule strands 2 grieving Filipinas in Guam
How can I tell the difference between the flu and Covid-19?
Ressa, Davila warn of dangers facing press freedom
Don't miss out on the latest news and information.