A granddaughter of Robert F. Kennedy, who was assassinated in 1968 while running for president, has died. Saoirse Kennedy Hill was 22.

The Kennedy family confirmed the death in a statement Thursday night following reports that a person had been found unresponsive that day at the storied Kennedy compound in Hyannis Port, Massachusetts after police responded to a call about a possible drug overdose. The statement was issued by Brian Wright O’Connor, a spokesman for Saoirse Hill’s uncle, former congressman Joseph P. Kennedy II.

Hill was the daughter of Robert and Ethel Kennedy’s fifth child, Courtney, and Paul Michael Hill, who was one of four people falsely convicted in the 1974 Irish Republican Army bombings of two pubs. 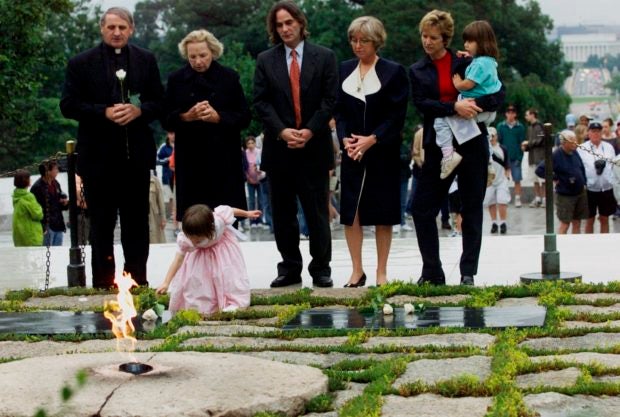 “She lit up our lives with her love, her peals of laughter and her generous spirit,” the statement said, adding she was passionate about human rights and women’s empowerment and worked with indigenous communities to build schools in Mexico.

Hill, whose first name is pronounced SIR’-shuh, attended Boston College, where she was a member of the class of 2020, the university confirmed to The Boston Globe.

The family statement did not include a cause of death, but the audio of a Barnstable police scanner call obtained by The Associated Press said officers were responding to a report of a drug overdose at the compound. 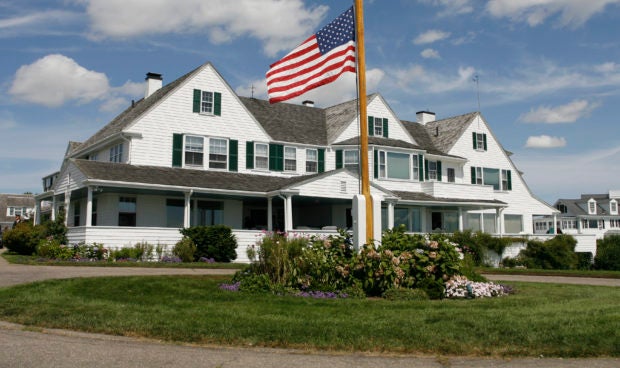 FILE – This Aug. 27, 2009 file photo shows the main home in the Kennedy family compound in Hyannis Port, Mass. Robert F. Kennedy’s granddaughter, Saoirse Kennedy Hill, has died at the age of 22. The Kennedy family released a statement on Thursday night, Aug. 1, 2019, following reports of a death at the family’s compound in Hyannis Port. Hill was the daughter of Robert and Ethel Kennedy’s fifth child, Courtney, and Paul Michael Hill. (AP Photo/Stew Milne, File)

Ethel Kennedy lives part of the year at the Cape Cod oceanside compound, which is still used as a family retreat. It was unclear whether she was at the home on Thursday.

Hill had written frankly and publicly about her struggles with mental health and a suicide attempt while in high school. “My depression took root in the beginning of my middle school years and will be with me for the rest of my life,” she wrote in a February 2016 column in The Deerfield Scroll, the student newspaper at Deerfield Academy, the elite private school in western Massachusetts she attended.

Hill wrote that she became depressed two weeks before her high school junior year started and she “totally lost it after someone I knew and loved broke serious sexual boundaries with me.” She wrote that she pretended it hadn’t happened, and when it became too much, “I attempted to take my own life.”

She urged the school to be more open about mental illness.

Hill also helped found a group at the school called Deerfield Students Against Sexual Assault, according to a November 2016 story in the paper, and she attended a March for Our Lives gun violence prevention rally in Barnstable in March 2018, The Barnstable Patriot newspaper reported at the time.

Robert F. Kennedy was gunned down in Los Angeles in 1968 after winning California’s Democratic presidential primary. He had served as attorney general in the administration of his brother, President John F. Kennedy, who was assassinated in Dallas in 1963. He also served as a U.S. senator from New York.

RFK’s family, like the rest of the Kennedy dynasty, has been touched by tragedy.

One of his and Ethel Kennedy’s 11 children, Michael Kennedy, was killed in a skiing accident in Aspen, Colorado, on New Year’s Eve 1997 at age 39. And in 1984, another son, David Anthony Kennedy, died of a drug overdose in Florida at age 28.

JFK’s son, John F. Kennedy Jr., was killed with his wife and sister-in-law when his small plane crashed off Martha’s Vineyard, Massachusetts, on July 1999.

One of Hill’s relatives, former U.S. Rep. Patrick Kennedy, who is now an advocate for substance abuse and mental health treatment, tweeted in tribute to her Friday.

“Saoirse will always remain in our hearts. She is loved and will be deeply missed,” he wrote.