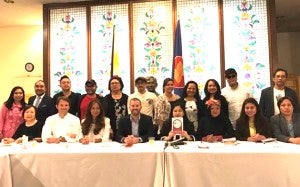 NEW YORK – Food and cuisine bloggers and participating eating establishments on May 3 launched this year’s Filipino Restaurant Week at the Lobby-Gallery of the Philippine Center here.

Filipino Restaurant Week proper will be from May 15 to 22 at 18 participating restaurants in New York and New Jersey. 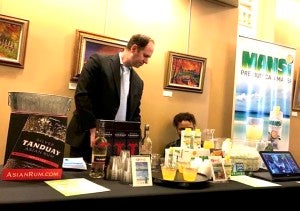 Speaking at the launch, Consul General Theresa Dizon-De Vega noted that Philippine cuisine’s popularity in the United States has grown by leaps and bounds, aided in great part by social media platforms, the rise of second generation Filipino American chefs and food enthusiasts, and building on the work undertaken by pioneering chefs. 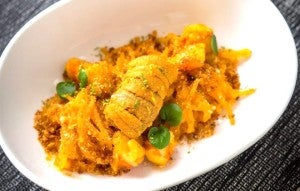 As one of the original fusion cuisines, Filipino food, is gaining greater prominence globally according to food author Clang Garcia, a resource speaker at the launch and whose book Food Holidays, an in-depth look at authentic Philippine regional cuisine, is the 2017 Gourmand World Cookbook National Award winner.

The participating restaurants shared with media and other guests from the diplomatic corps, business sector and Filipino community their specialties and offerings for Restaurant Week. 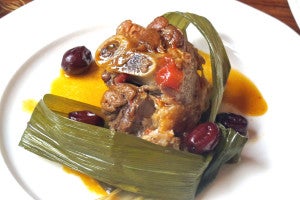 A tasting of different dishes to be offered during Restaurant Week as well as cocktail mixes prepared by Tanduay and Mansi, producer of calamansi juice, was held for guests.

The Filipino Restaurant Week is a flagship project of the Philippine Consulate General in New York. The main corporate partner for the 2017 Restaurant Week is Tanduay Rhum, which in undertaking a major launch in the East Coast this year.