NEW YORK — This summer, a film screening and photo exhibit were organized in Queens to draw the attention of immigrant Filipinos and Filipino Americans to the complex issue of global climate crisis.

“The Philippines is one of the countries most negatively affected by climate crisis,” said Lim.  “The frequency of deadly storms and typhoons ravaging the Philippine coast, due to rising water temperatures surrounding the islands, makes it one of the most high-risk countries.” 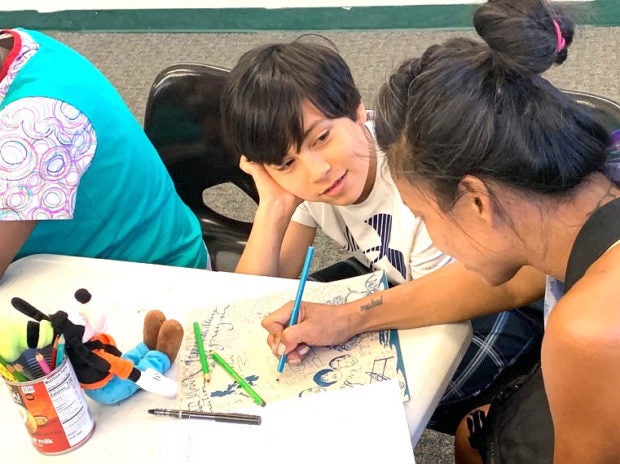 Noah Pasquarello enjoyed being interviewed by his mom during the “Draw and Talk Story” workshop.

“We people of Filipino heritage are connected to our homeland. Our kababayan in the Philippines are experiencing unnatural disasters due to massive deforestation, mining, and other unsustainable practices of taking of natural resources. These practices can be stopped if enough of us work together to effect change,” she continued.

Featured at the Queens Library in Woodside, the project was kicked off with a screening of a documentary film. Filipinos of several generations shared what they loved about the Philippines and why they cared for the environment. Organizations, such as Damayan Migrant Workers Association, Kabataan Alliance, and Ugnayan Youth for Justice and Social Change were among those who participated. 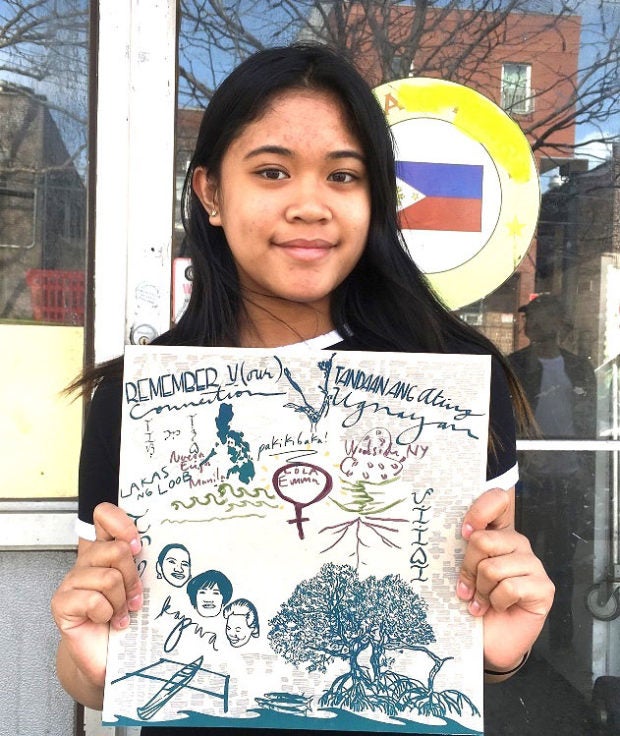 Woodside-born Julianne Josian, 12, was the youngest person interviewed for the project. SAM GUZIK

A segment called the “Draw and Talk Story” had youngsters and the public interacting with the exhibit through interviews and art work.

“We want people to be inspired to take further action toward environmental justice. So much of the time, people feel discouraged by the scale of the problem. We want to give people an experience which leaves them hopeful that they can be part of the solution,” Lim said. 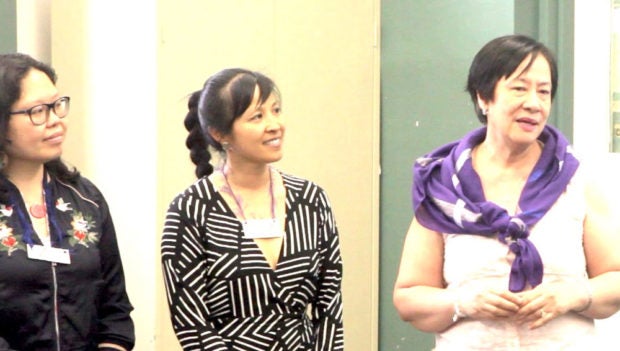 Two more events will be held at the Queens Public Library at 54-22 Skillman Avenue, Woodside, on August 19 and August 26, at 4:30 p.m. to 7:30 p.m. Attendees of these events will have an opportunity to make art in support of Climate Week 2019 happening in September. @The Filam