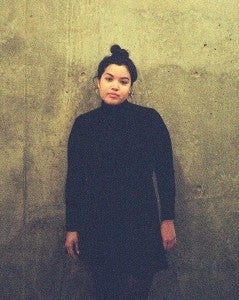 Vanessa Plotkin, a Filipino American sociology student at University of California, Berkeley, was among the 36 fatalities in the deadliest fire in Oakland’s history. FACEBOOK

OAKLAND, California — Filipino American Vanessa Quintos Plotkin, 21, was among those who died in a warehouse fire here on Dec. 2, the coroner’s office confirmed.

Plotkin was first reported missing following the Ghost Ship warehouse fire that killed 36 young people, in what is known as the deadliest fire in Oakland’s history.

Plotkin was University of California, Berkeley sociology student. She grew up in Lakewood, California, and went to electronic concert at the warehouse with her roommate, Jennifer Morris, who was also
among the confirmed dead.

Fire investigators reported that the fatalities were first overcome by smoke before they burned to death.

The Ghost Ship warehouse was gathering place for young artists and music enthusiasts. Although makeshift rooms and space dividers, mostly wooden, had been built inside, the space was not supposed to be residential.

A report now says the warehouse hadn’t been subjected to city inspection in 30 years. Neighbors said what appeared to be unauthorized parties and performance were held there every weekend.