Why Almond Milk Is Better Than Hemp Milk | Nutritional Facts

Why Almond Milk Is Better Than Hemp Milk

Few people know that besides cows milk there are other types of milk that are plant-based such as almond milk. Plant-based products are equally nutritious if not more beneficial. Commercial almond milk is credited with many health benefits.

Unlike dairy milk and dairy products and other animal products, almond milk actively stimulates the proper functioning of the heart. The low levels of saturated fats are, in turn, responsible for preventing heart diseases. These benefits are only a small fraction of the acclaimed nutritional value of the dairy-free plant-based milk. 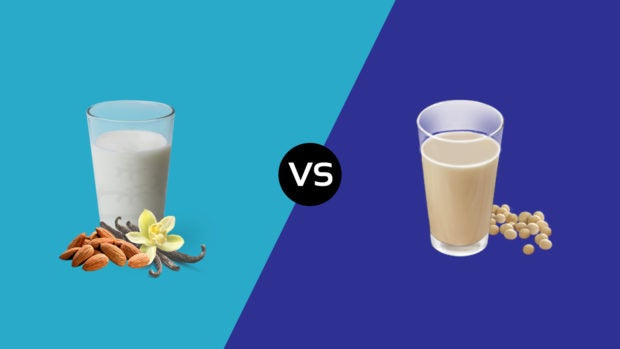 Almond milk is fast becoming popular as more people learn of its nutritional value. The process of making homemade almond milk is straightforward requiring only almonds and water. The secret behind how almond milk is made lies in the grinding of almonds and the dissolving power of water.

The mixture of ground almonds and water is filtered to produce a nutty-flavored milk-like solution.

This mixture is what is almond milk. The low level of calories makes it very appealing to people who seek to maintain a healthy level of calories compared to cow’s milk. Some people find it confusing that almonds have high calories and fats and yet almond milk is praised for low calories.

However, owing to how it is made, a great portion of the calories and fats are left on the sieve or the filter. To make it even more nutritious different almond milk recipes are prescribed. Added sugars, calcium, vitamin E, and D are popular recipes to boost the nutritional content.

People who prefer low calories in their drink choose not to sweeten the mixture maintain at least 65%-80% fewer calories compared to cow’s milk.

This milk plays an important role in improving kidney health. It also contains limited amounts of phosphorus and potassium compared to animal products. It also has Vitamin E which helps in skincare and Vitamin A which is essential in repairing damaged skin.

Some people even use it as a lotion to moisturize the skin. It improves vision because it contains vitamin A which is essential for good eyesight. By consuming this milk you can naturally treat this condition.

It contains calcium which is required in the formation of strong bones and healthy teeth. It is also required for blood clotting, relaxation of muscles, and maintaining a normal heartbeat. This has been cited as a possible way of reducing the risk of contracting osteoporosis.

Taking this milk suppresses the growth of prostate cancer cells which are stimulated by the consumption of cow’s milk. It also acts as a substitute for breast milk for nursing mothers. This is because it contains vitamin C and D as well as iron which is necessary for the growth of infants. For those trying to lose weight, it provides a daily reduction in calories by up to 348 points. Dairy milk is known to have 80% more calories than silk almond milk. Unsweetened almond milk in 240 ml contains a very low sugar level of 1-2 grams of carbs. Unsweetened almond milk has only one gram of carbohydrate. From the nutritional facts shown here, we calculate only four of the 30 calories as coming from carbohydrates.

Low glycemic foods have a glycemic index of less or equal to 55. Unsweetened almond milk falls in this category with a GI of 25 only. This beverage is so popular because of the low levels of calories compared to dairy products. The low-calorie levels in almond milk have seen it become a favorite alternative to soy milk, dairy, coconut, and even rice.

It features as having the least levels of calories per 8 fluid ounces. Whole dairy milk tops the list with a staggering 150 calories whereas unsweetened almond milk ranks lowest with only 40 calories. Similar low levels were obtained for the carbohydrates, sugars and the total fat content.

Is Almond Milk Good for you? Yes, it is definitely a healthy option depending on the intended objective. It is a proven winner for the least levels of unhealthy calories which is a health benefit. It also contains no saturated fats which are good for you. It is outrightly a good natural source for Vitamin A as well as a good source of Vitamin D and Calcium.

It is also a popular choice for vegans as it is naturally lactose-free. It is not a good source of protein needing to be supplemented with other sources of protein. There are indications that this milk causes digestive issues in some people.

Digestion issues caused by can be attributed to carrageenan. There are concerns that perhaps the cultivation of almonds consumes too much water. This is seen to affect the environment negatively.

The decision to use this beverage is one that is definitely less mysterious with the facts provided here. You can now easily make a good decision on whether this is the drink for you or not. It is important to point out that despite the differences this milk is easily the most healthy milk available in our generation.

But hemp milk can be a good alternative.