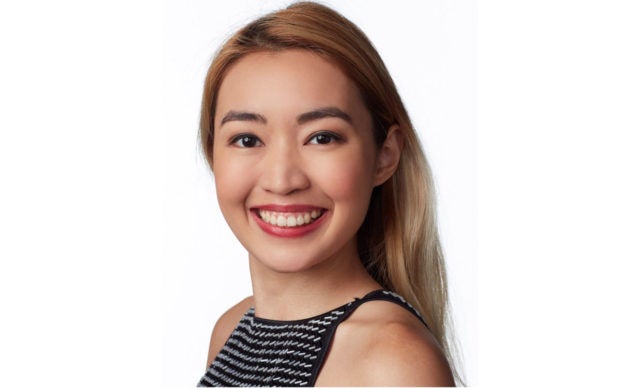 De Vera plays newly married Louise, who is bored with her demanding and uptight bureaucrat husband. When Louise jumps up on a bench to see the king go by during the royal parade, her bloomers come loose and fall down around her ankles.

Her husband is frantic that her faux pas will cost him his job and reputation. But suddenly, the room they’ve been trying to rent out has plenty of takers, and it just might have something to do with the underpants.

To be staged by The Old Globe and directed by Walter Bobbie, the play is an adaptation of German playwright Carl Sternheim’s 1910 farce “Die Hose.”

Martin’s play gives audiences a “a hilarious look at female empowerment, sudden fame, and the idiocy a woman inspires in the men who love her.”

De Vera moved to New York in 2015 to pursue graduate training in acting at The Juilliard School—which she has just recently completed.

Credits at Juilliard include Mother Courage in “Mother Courage and Her Children,” Irina in “Three Sisters” and Aly in “Queens Boulevard.”

Previously in Manila, she had been a resident actress of Tanghalang Pilipino, the resident theater company of the Cultural Center of the Philippines, performing in Tagalog-language productions. 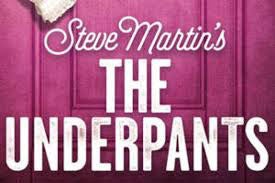 “My family, who are all based in the Philippines, flew to New York City to attend my graduation,” she says.

“We had late lunch at this Filipino restaurant called Mama Fina’s which has excellent sisig. You should try their pusit sisig, it’s the best.”

De Vera became involved with “The Underpants” as a result of work done at Juilliard.

During her last year, at the cast party of her batch’s production of “Into the Woods” where she had played Little Red, her director Sarna Lapine expressed interest in recruiting De Vera for a future project.

“By January of this year, I received an audition invitation from New York City-based casting agency Calleri Casting to read for the character of Beth in ‘Little Women.’ That was indeed the play that Sarna told me about. I got a call-back for that production but eventually did not land the part.”

However, she received another email from the casting agency in February inviting her to audition for “The Underpants.” And later on, she was on her way to the same theater where “Into the Woods” first debuted.

“It’s been terrific working with The Old Globe so far! This is the first time I have felt so well-cared for and attended to by a professional theater company. It has truly been a treat so far.”

And since De Vera has never been to San Diego before, she feels lucky to be able to perform outside of New York “in a city with beautiful weather.”

“I am grateful for the cast that comprise ‘The Underpants.’ I had a good feeling about the group when I met everyone during the first rehearsal. We’ve already finished the first draft of the staging of the entire play and it’s only been less than two weeks of rehearsals. That says a lot about the kind of work ethic that is present in the rehearsal room from everyone.”