An origin story about the Joker starring Joaquin Phoenix, a Mr. Rogers biopic with Tom Hanks and a film about strippers scamming Wall Street bankers with Jennifer Lopez and Cardi B are among the films premiering at the Toronto International Film Festival in September. 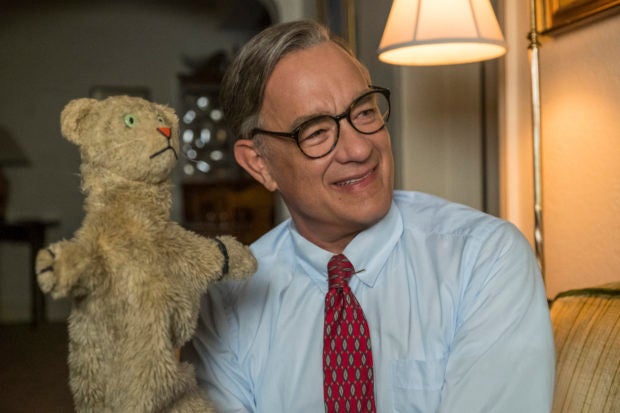 This image released by Sony Pictures shows Tom Hanks as Mister Rogers in a scene from “A Beautiful Day In the Neighborhood. The Mr. Rogers biopic will premiere at the Toronto International Film Festival in September. (Lacey Terrell/Sony-Tristar Pictures via AP)

Bailey told The Associated Press that “Joker” is somewhat of a first for the festival.

“This is our first entry into the superhero world as far as I can remember,” he said. “But it’s a really original vision. It’s disturbing, utterly compelling, really gripping from start to finish. … And one of the most remarkable things is that Joaquin Phoenix, in a career of great performances, gives one of his very best.” 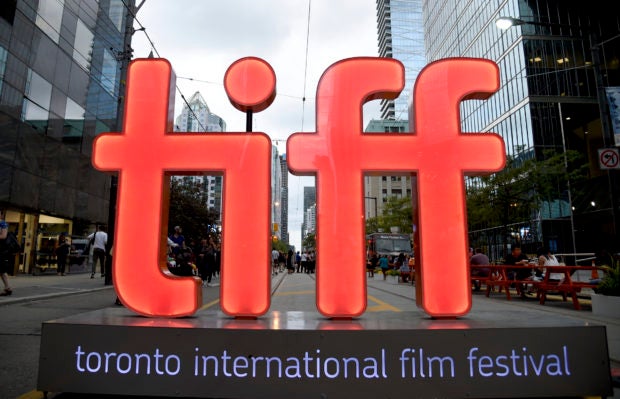 FILE – In this Thursday, Sept. 6, 2018, file photo, a view of a festival sign appears on Day 1 of the Toronto International Film Festival in Toronto. TIFF organizers announced Tuesday, July 23, 2019, that the upcoming festival will include the premieres of the superhero film “Joker,” a Mister Rogers biopic starring Tom Hanks and “Hustlers,” a film about strippers scamming Wall Street bankers, with Jennifer Lopez and Cardi B. (Photo by Chris Pizzello/Invision/AP, File)

“It’s one of those career-best performances,” Bailey said. “And that’s coming from a guy who absolutely loves ‘Jerry Maguire.'”

“It’s not the motivation, but it’s always great to be a launchpad for films that will be part of the awards conversation,” Vicente said. 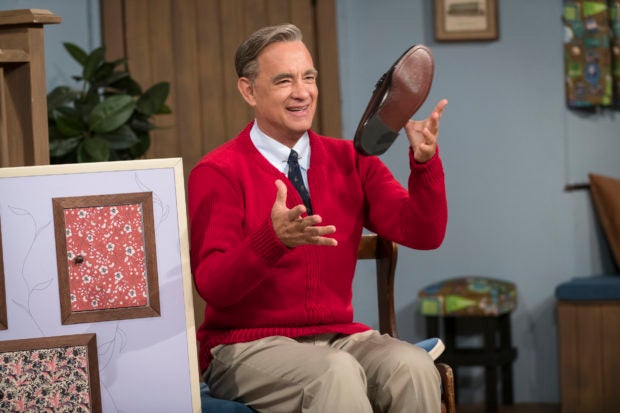 This image released by Sony Pictures shows Tom Hanks as Mister Rogers in a scene from “A Beautiful Day In the Neighborhood. The Mr. Rogers biopic will premiere at the Toronto International Film Festival in September. (Lacey Terrell/Sony-Tristar Pictures via AP)

Some, a little less flashy, but just as worthy according to Bailey include the cancer drama “The Friend,” from Gabriela Cowperthwaite with Dakota Johnson and Casey Affleck, the animated teen love story “Weathering With You,” from Makoto Shinkai, the Japanese director of the anime breakout “Your Name,” and Michael Winterbottom’s “Greed.”

Bailey said “Greed,” about the economy of fast fashion, is “one everybody should see.”

Steve Coogan plays a mogul in the fast fashion world and it is “very funny and very biting.”

And then of course there is “Hustlers,” with Lopez and Constance Wu, which Bailey said is “a great watch.”

“It feels like ‘Casino’ or ‘Goodfellas,'” he said. “But instead of gangsters killing, these are women just scamming these guys.”

Although films aren’t selected with any theme or agenda in mind, Bailey said some do emerge eventually.

This image released by STXfilms shows Constance Wu, left, and Jennifer Lopez in a scene from “Hustlers.” The film will premiere at the Toronto International Film Festival in September. (STXfilms via AP)

“It became clear that although we’re living in a complicated, difficult world with a lot of conflict, a lot of the films that really resonated the most this year were ones that were about empathy, about reaching out and across borders to other people,” Bailey said. “Maybe most emblematic of that is ‘A Beautiful Day in the Neighborhood,’ but also ‘Just Mercy,’ a really tough film about the death penalty … and ‘Jojo Rabbit.'”

“Jojo Rabbit,” from filmmaker Taika Waititi, is about a young member of a Hitler Youth group.

“But he grows, he changes, he learns,” Bailey said. “And you begin to feel at least some empathy for the possibility of change.”

Vicente added that it was “one of our favorites. It really surprises and we all kind of fell in love with it.”

The festival kicks off Sept. 5 with the previously announced opening-night film “Once Were Brothers: Robbie Robertson and The Band.” More films will be announced in the coming weeks.