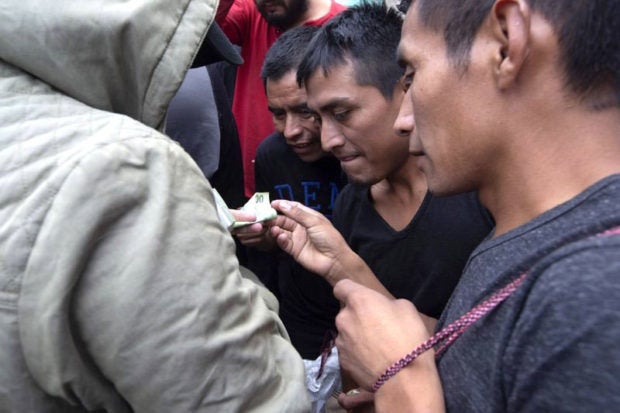 Guatemalan men who were deported from the United States, change money after arriving at the Air Force Base in Guatemala City, Tuesday, July 16, 2019. Nearly 200 Guatemalan migrants have been deported on Tuesday, the day the Trump administration planned to launch a drastic policy change designed to end asylum protections for most migrants who travel through another country to reach the United States. AP PHOTO

Trump billed the operation as a major show of force in an effort to “deport millions” of people in the country illegally as the number of Central American families crossing the southern border has skyrocketed. It was canceled once and then rescheduled; Trump announced the day it would begin after media reports.

The arrests took place in 10 major cities around the country.

Of those arrested, 18 were members of families and 17 were collateral apprehensions of people in the country illegally encountered by Immigration and Customs Enforcement officials.

The acting head of ICE Matt Albence says the operation is ongoing.