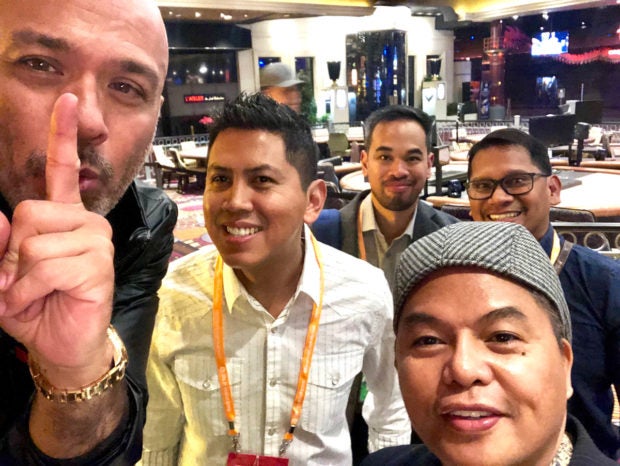 Comedian Jo Koy (left) with fans after the fight. He was not bothered about the splitdecision coz when Pacquiao dropped Thurman, “I knew he already won it.” INQUIRER / Elton Lugay

LAS VEGAS— When Senator Manny Pacquiao’s split-decision win over Keith Thurman was announced last Saturday, all of  the 14,000 spectators at MGM Grand Garden Arena erupted in thunderous applause. Many had been rooting for Pac-Man from beginning to end.

Pac-Man successfully defended his welterweight world title in 12 grueling rounds. At 40 years old, he remains boxing’s only eight-division world champion and is hailed by many as a living legend.  Pacquiao proved to everyone that his age is just a number.

INQUIRER caught up with some celebrities who watched the fight live. Many thought that the split decision was unfounded.

When asked if he agreed with the results, popular Filipino comedian Jo Koy said he was mad about the split decision because to him, Manny already won the moment he knocked Thurman down during the first round. 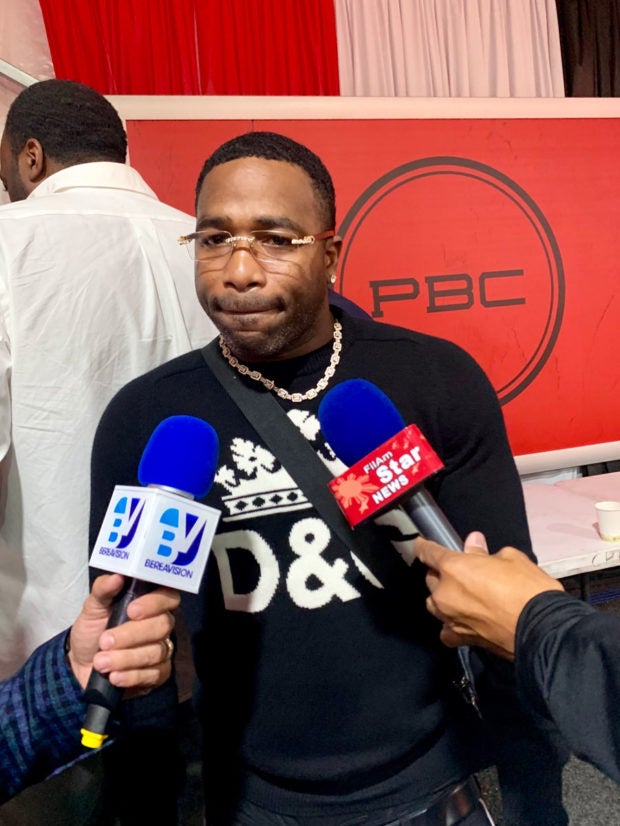 “When he dropped him, I knew he already won it,” Jo Koy told INQUIRER.net. “So I knew he won, I just couldn’t believe there was a judge that had it the other way.”

Seated second row from the ring, Jo Koy said the decision should have been unanimous because Pacquiao displayed complete dominance throughout the fight. “He won it hands down and he didn’t look like the 40-year-old in the ring. He doesn’t need to retire. And I didn’t like the decision. But he still won, that’s all that matters. But unanimous, 100 percent, not split.”

Miss Universe Catriona Gray, who flew in from New York with manager Esther Swan, couldn’t be more proud of her kababayan. Though she was seen dancing and raising the Philippine flag when the decision was announced, Gray admitted that she was nervous watching the fight, which was the first-ever she had watched live and so close to the ring. 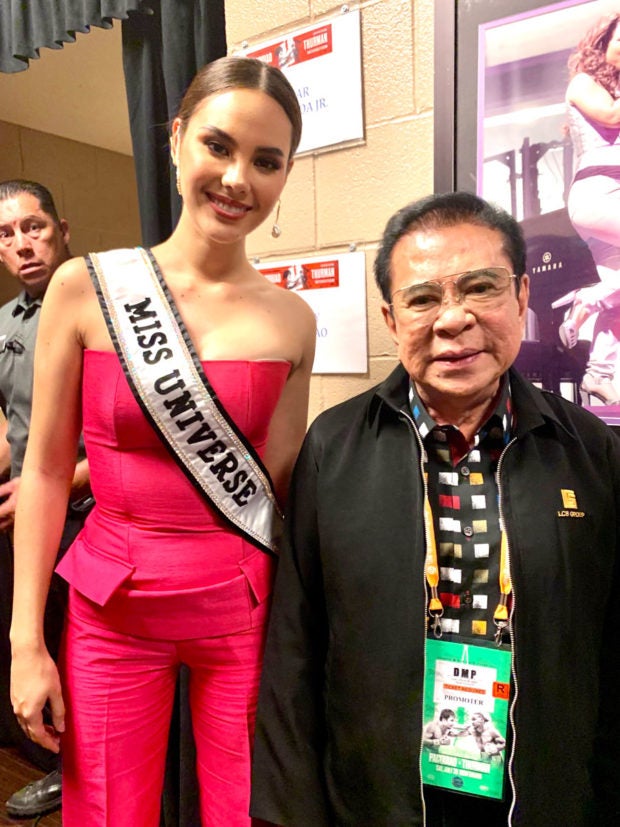 “Sobrang nerbyos ako [I was so nervous],” she said. “There were moments where you really felt like Manny had it and then moments where I got really nervous. But it was amazing, the energy in the stadium was amazing and to see him come out on top and make [the] Philippines proud once again. I’m so happy to have been here to witness it.”

For Filipino-Italian southpaw Austin Dulay, one of the undercard fighters, “Pacquiao did amazing.”

“He’s my idol [and the fight] was a hands-down show stopper,” he told INQUIRER.net.

Dulay, who is based in Nashville, won a lightweight title earlier in the evening. He also believed the results should not have been a split decision. “It wasn’t a split decision, for sure. I think it was a hundred percent Pacquiao, unanimous decision. Oh for sure. A lot of people did. Everything was all Pacquiao,” he said.

Newly elected Narvacan, Ilocos Sur Mayor Chavit Singson, a staunch supporter of Pacquiao since Day One, expressed his admiration for the senator for bringing honor to the Philippines.

Fellow politician Abraham Mitra, now chairman of the Philippine Games and Amusement Board and recently appointed as a member of the World Boxing Council ratings committee, was also part of Pacquiao’s entourage. Though elated over Pac-Man’s victory, he was concerned about the split decision. “The fight was close and scary, but I’m very happy with the result. The split decision was uncalled for, and I’m sure the Nevada State [Athletic] Commission will look into this,” Mitra said.

Manila-based celebrity stylist Vanessa Mercado wasn’t too worried about the split decision. In fact, she was certain that Pacquiao was going to win. 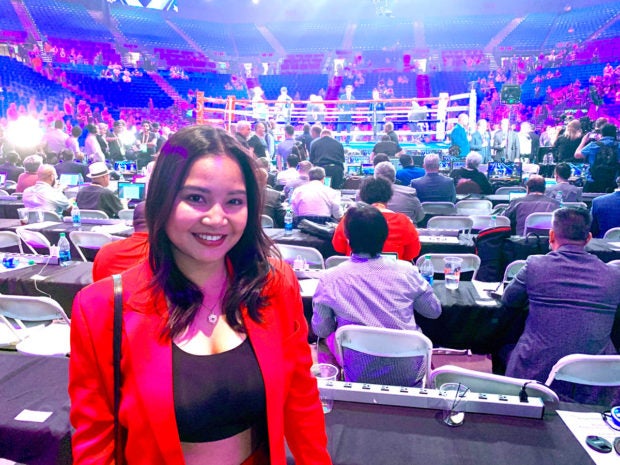 Boxing and Pacquiao avid fan since 2006, Marijo Montano from the Bay Area momentarily feared that the split decision might not favor her idol.

“I feared he might lose. But I knew he had an edge because of the knockout during the first round. Halfway through, it looked like he slowed down because of age but because he’s a veteran fighter, he has stamina. So what Thurman needs is more training in energy and stamina. That’s what he lacked, but otherwise he was good, just go for it. And Manny should think about the next fight, maybe one more, maybe with Mayweather.”

Jeweller and concert promoter Reagan John Rada, who is not a fan of boxing or Pac-Man, had a change of heart after watching the fight live in person.

“I’m incredibly proud of Manny for his will not only to fight for whatever his personal reasons, but using his influence to unite people from all walks of life. The energy in the room was infectious, watching people chant his name and root for him is unbelievable,” Rada said. 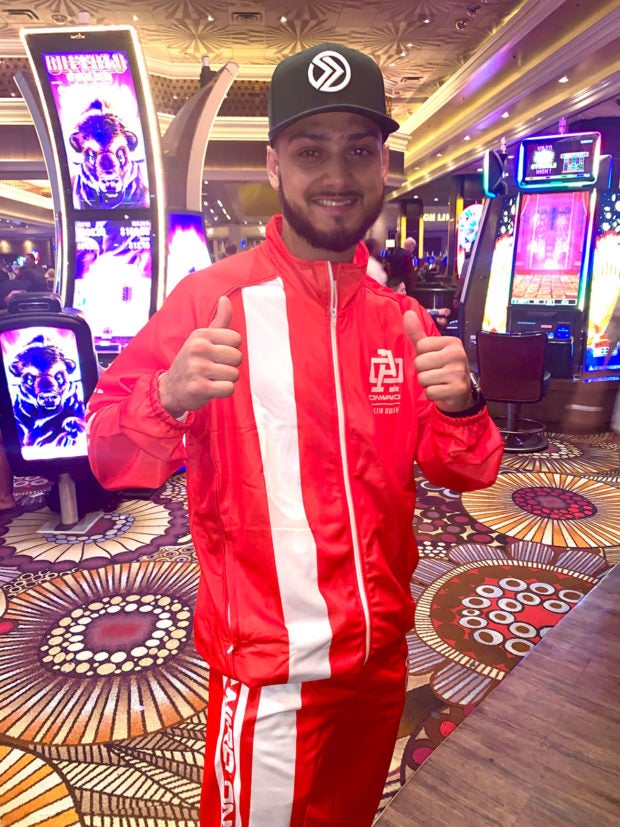 For actress and reality TV star Ruffa Gutierrez, Pacquiao proved during the PacThurman fight that he is a living legend.

Adrien Broner, a former opponent of Pacquiao whom he also defeated, thought the judges made a mistake. 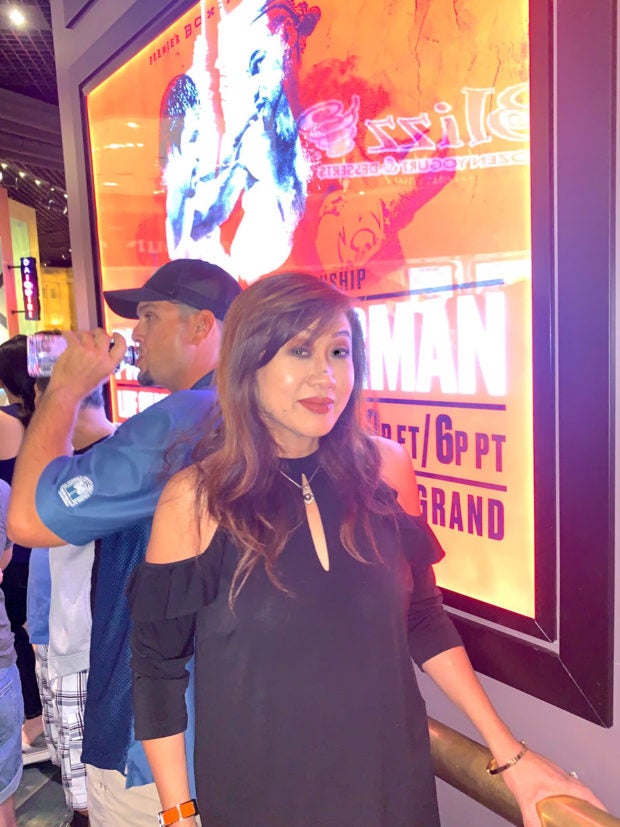 “Pacquiao fought a hell of a fight and he deserved to win,” he told INQUIRER.net. “I didn’t think it was a split decision. But it is what it is, it’s boxing, you’ll never know what’s going to come out of it. I know that Keith likes to come out hot and he likes to press people early and put his power on them and it might switch the fight. But I knew that he was going to do that and I said he’s going to get caught with something awkward. He just got outclassed, that’s it.”

“I thought Manny was just a little better than Keith tonight but hopefully, we get to fight him again,” he told INQUIRER.net. “There was a couple good body shots I think that slowed Keith down. And Manny was just brilliant tonight with his boxing. [The knockdown] was legitimate, it was a good punch.”