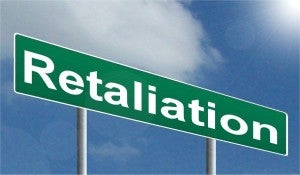 Cynthia Begazo, then 53 years old, was hired in March 2015, as the Human Resources Director at Passages Malibu, an addiction treatment center in Malibu, California. Shortly after starting work, she learned that some workers were not being paid overtime and were not provided meal and rest breaks. She reported this to the CEO, Pax Prentiss, who apparently replied “Don’t worry about it, you have bigger things to worry about.”

Begazo also reported to management about non-compliance issues involving licensure and physician contacts, but her reports were ignored. The Chief Operating Officer (COO), who is also Begazo’s supervisor, allegedly fired employees because of their age. When Begazo told her this was against the law, the COO apparently said that Passages Malibu was an at-will employer and she could “do whatever she wanted to do.”

In the second month of Begazo’s work at Passages, a patient was found dead in his room with a bag and a trash can over his head and scratch marks on his face. There also was blood on the bed of his roommate, who posted pictures of the dead man on social media. After speaking to police about the death, Begazo told the COO that the incident should also be reported to the proper civil authorities and the facility’s insurance carrier. The COO told her not to report anything.

When Begazo refused to alter the employee files and falsify information about the patient’s death at the behest of the COO, the COO stopped talking to her and she was left out of meetings and projects. When Begazo came back from a one-week sick leave, she was told that she was being fired because she was “no longer a good fit” even though her “skills and experience are excellent.”

Begazo sued the employer for wrongful termination, retaliation, discrimination, harassment and intentional infliction of emotional distress. The CEO defended Begazo’s firing by saying that Begazo did not follow his orders and basically did not do her job.

An employee who asserts his or her rights under the law, or who challenges an employer’s illegal conduct, may face certain risks. Like Begazo, he or she may face demotion or termination. Employer retaliation, however, is illegal and may subject the employer to liability for damages. To establish that illegal retaliation exists, the employee must show that:

1) The employee engaged in a protected activity, such as claiming wages due, reporting discrimination, testifying as a witness, filing a grievance, contacting the media, refusing to perform illegal assignments, and other ways of standing up against violations of law.

2) The employer knew that the employee engaged in such protected activity.

3) The employee suffered an adverse employment action such as demotion, denial of promotions, or termination.

4) The employee’s protected activity caused the employer to take adverse action, which can be demonstrated by the employer’s negative reaction such as threats or warnings.

When engaging in a protected activity, such as requesting wage payments due or complaining about safety issues, employees should document their complaints or claims. Some employees may think that anonymity protects them. However, the opposite is true.

Presenting complaints in writing, even by email, if expressed in a professional manner, will make it harder for the employer to ignore. More importantly, it creates a record of communications that at a future time will be reviewed to determine the true reasons why any action was taken against the employee.

It is true that employers generally have the power to terminate employees at will. However, employers must not be motivated by a discriminatory or retaliatory reason for doing so. In this instance, the termination becomes unlawful.