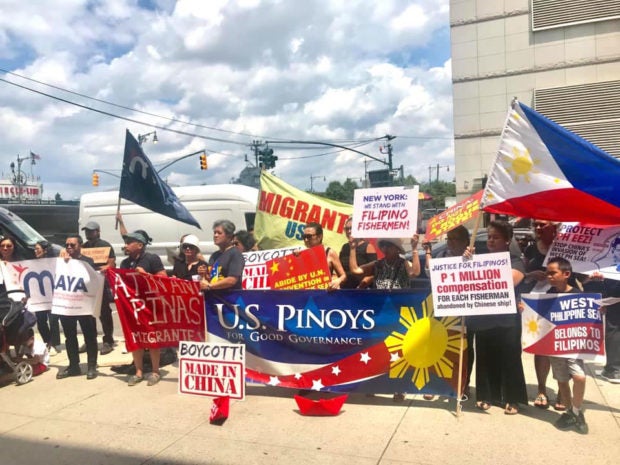 Scores of Filipinos and their allies protested in San Francisco, New York, Los Angeles, Chicago, Guam and Vancouver, BC to mark the July 12 third anniversary of the Arbitral Tribunal ruling in The Hague that favored the Philippines’ rights on the West Philippine Sea against China’s claims.

In San Francisco, Filipino and Vietnamese Americans stage a rally in front of the Chinese Consulate, taking turns in condemning China and its President Xi Jinping and Philippine President Rodrigo Duterte.

Protesters in Chicago “occupy” the sidewalk in front of China’s consulate. JOSEPH LARIOSA

Anh Jack Duong of Vietnamese Anti-China Expansion Movement lived in the Philippines in Palawan for at least seven years as a refugee said, “At least 30 of us did not report for work and came over here and join Filipino protesters in front of the China Consulate to align with the Philippines and all the countries who are victims of Red China to fight against China’s strong efforts that threaten its neighboring countries.” 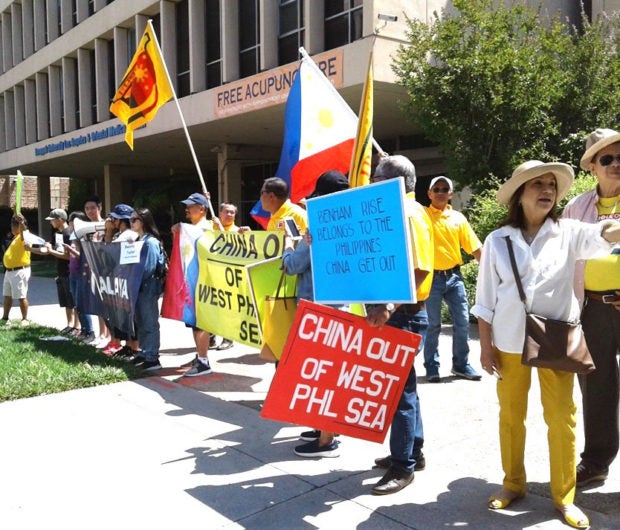 In Chicago, protesters gave China a dose of its own medicine on Friday (July 12) when they “occupied” the sidewalk — a city property — abutting its Consulate in the heart of the city before being and asked by the Chicago Police to move across the street, reported journalist Joe Lariosa. Among the speakers was Bishop  Eli Pascua of the Chicago Philippine Independent Church. 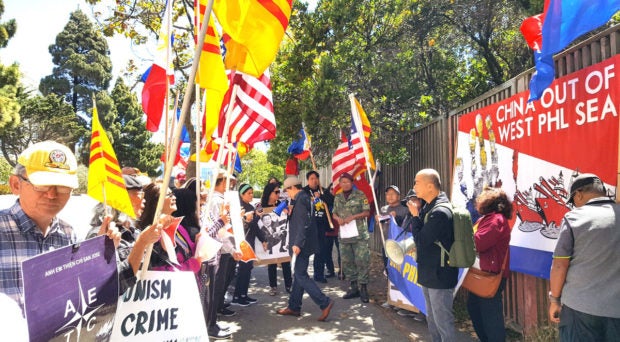 Rodel Rodis of US Pinoys for Good Governance said the Arbitral Tribunal ruling declaring China does not own the South China Sea is historically unprecedented. He also condemned Duterte’s verbal permission granting China the right to fish in the Philippines’ Exclusive Economic Zone. 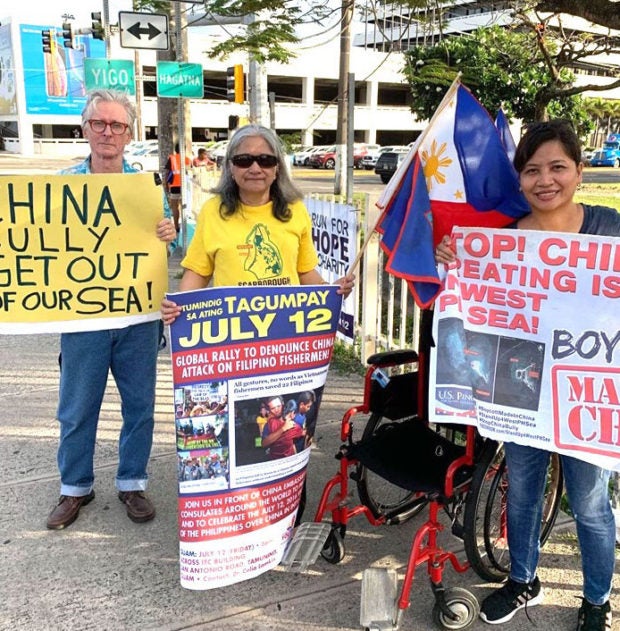 Rodis’ denunciations of China and Duterte, as well protest chants like “China out of the West Philippine Sea,”“China bully out of our sea,” and “China layas” were echoed by protesters in various cities.