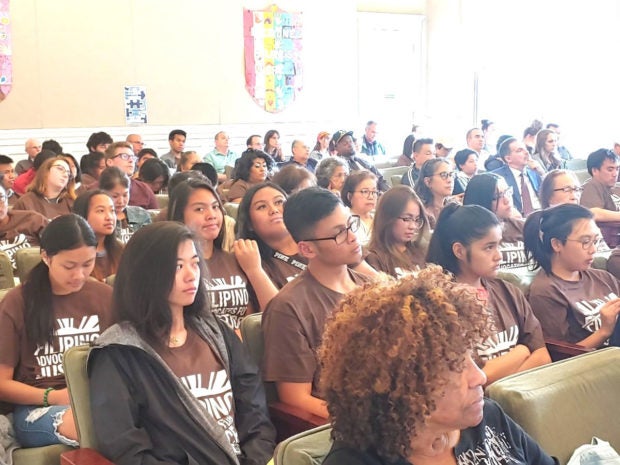 ALAMEDA, California – Organizers of the Filipino Advocates for Justice applauded the Alameda City Council for passing a rent control ordinance, setting a cap on rent increases at 70% of the regional Consumer Price Index.

The organization is inviting renters and other community members to demonstrate support for the new ordinance during its second reading on Tuesday, July 16.

“It is great to have a rent cap at 70% of CPI and an end to no-cause evictions in my community, because families and friends can stay close to one another,” said Salina Igot, an Alameda tenant and FAJ member.

Under the new law, set to take effect on September 1, Alameda tenants may only receive a maximum rent increase of 2.8 percent over the next year, which renters with fixed incomes or low-wage jobs can more realistically pay. The ordinance passed 4 to 1 on Tuesday, July 2.

The July 2 victory was the culmination of a nearly year-long campaign, as well as a multi-year struggle to keep Filipino tenants in their homes in Alameda. FAJ began providing leadership in Alameda’s tenant rights movement in 2015, when the organization worked with tenants to prevent a mass eviction at 470 Central Avenue, a predominantly Filipino apartment building.

After defeatig 2018’s Measure K, which would have enshrined Alameda’s weak rent law in its City Charter, FAJ mobilized a delegation of over 40 tenants to several City Council meetings, including the May 21 meeting where City Council approved an ordinance mandating just cause for evictions.

“Just cause was a major win, but we still needed rent control so we wouldn’t get priced out in lieu of a formal eviction,” said Holly Lim, a tenant leader with FAJ. “I’m so glad that tenants in our community, who have been struggling for so long to stay in their homes, finally got the protections we deserve.”

The second reading of the rent control ordinance will take place on Tuesday, July 16 at 7 p.m. at Alameda City Hall (2263 Santa Clara Avenue).

Established in 1973, Filipino Advocates for Justice has been an advocate for tenant, immigrant, worker, and civil rights for the Filipino American community throughout the East Bay.

More information about the organization can be found at www.filipinos4justice.org.