Nelson M. Isada, first non-white tenured prof at U of NY at Buffalo, dies at 95

Nelson M. Isada, first non-white tenured prof at U of NY at Buffalo, dies at 95 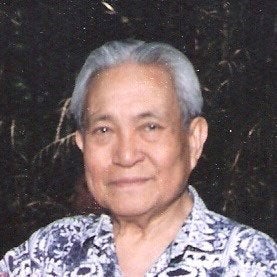 BUFFALO, New York Nelson Mijares Isada, the first non-Caucasian professor to be granted tenure at State University of New York at Buffalo, died July 3 in Millard Fillmore Suburban Hospital, Amherst, after a short illness, reported the Buffalo News. He was 95.

Born in Dao, Capiz in the central Philippines, Isada was one of five children. His father died when he was young and by the time he was a teen, his mother had moved the family to Manila where he went to college. During World War II Isada was exempted for military service, because he was too young and also partially colorblind. His oldest brother, Sergio, was in the Philippine Army, was captured by the Japanese and survived the Bataan Death March. He went on to become a brigadier general.

Isada came to the United States in 1947 as a government scholar under a post-World War II reparations program and received a degree in meteorology from the University of Chicago. He then attended the University of Michigan, where he earned bachelor’s and master’s degrees and completed a doctorate in civil engineering in 1956. At Michigan, he was president of the university’s Filipino American organization. He married another graduate student from the Philippines, Beatriz Manuel in 1952.

He taught at the University of Michigan, worked as a design engineer for two years for a company in Detroit and became an assistant professor at Syracuse University in 1957. He came to UB in 1959. He worked with Cornell Aeronautical Laboratory, later Calspan, in developing simulators for crash testing.

At UB, he helped develop the doctoral program in the Engineering Department and was among the first to use computers for research. He became a professor emeritus of mechanical and aerospace engineering in 1993. He also was an enthusiastic stock trader and followed the market minute to minute on his computer, even at the age of 95. In addition to his children, he is survived by five grandchildren.

A Mass of Christian Burial will be offered at 11 a.m. Saturday, July 13, in St. Joseph University Catholic Church, 3269 Main St.