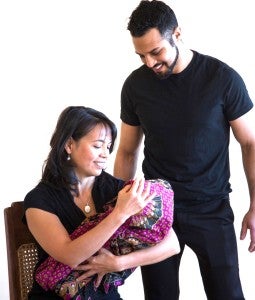 “Parenting, joyful as it is, can be an exhausting, and at times, a zombifying enterprise,” she says.

“It’s going to be a garland of narratives told through poetry, dance and performance about what it’s like to be a mother. It’s vital for these stories to be told now and new creative work to be developed that validates our experiences as mothers.”

Included in the festival is Montreal’s new play “Nanay” (Filipino word for “mother”), about a young Filipina coming to terms with her mother’s secret identity as a manananggal (a supernatural creature, usually disguised as a woman, that sprouts wings and flies off from the waist up and can reconnect with its lower torso). 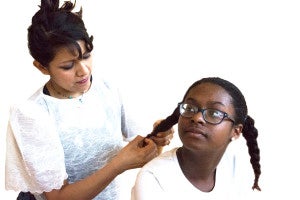 “The play is set during the last few years of the Marcos dictatorship, transitioning into the Cory Aquino administration,” she says.

Montreal was still living in Manila during those years, writing for the Sunday Inquirer Magazine since it was conceived in 1986 until when she left for abroad.

Montreal later took up a master’s degree in fine arts in Toronto. There, she wrote her first major play, “My Grandmother and I,” while working for a non-profit advocacy group.

“During the’90s, the Filipino Canadian community had the highest incidence of HIV and AIDS among immigrant communities. We decided to do a play to raise awareness among Pinoys, and also to create a safe and caring environment for the LGBTQ community.” 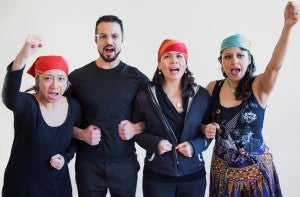 Supernatural elements and matrilineal themes were already aspects that she worked with even back then. The plot of “My Grandmother and I” features a deceased AIDS patient who summons the spiritual guidance of his grandmother.

“I imported my mother, Mely Tagasa, from Manila to play the lead. It was quite a successful production in that it brought people together to work towards a common goal.”

Tagasa is known to generations of Filipinos as the teacher Miss Tapia in the seminal TV sitcom “Iskul Bukol.”

“My mother lulled me to sleep with the sound of her typewriter keys clickety-clacking in the night. She wrote scripts for radio soaps before getting into television acting.

“Later on, my sister, Gina Marissa Tagasa, followed in her footsteps and became an award-winning scriptwriter for radio, TV, and movies.”

Now based in Chicago, Montreal still writes scripts for the stage while teaching composition and creative writing full-time at Malcolm X College.

Her recent plays include “Sister Outlaw” and “Looking for Darna” (both staged by Filipino American theater group Circa Pintig) “Dead Dolls” and “Panther in the Sky,” which had a staged reading last year.

Montreal is a mother herself and describes her own relations as a “multicultural, multispecies family.” 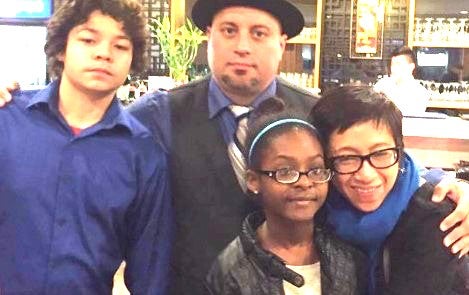 “I am the adoptive mother of two wonderful kids, a 14-year-old boy and an 11-year-old girl,” she proudly says. “I am Pinay, my husband is Latino, my son is half-white, and my daughter is black! We also have a cat and a dog.”

Montreal and her husband adopted their children through the foster care system. “It took six years before we could legally adopt them. It was painstaking, but it was worth it. We are still learning to be a family every day.”

“Night of the Living Moms” is, on a personal level, for her daughter. “I want her to see the importance of forging her own identity amid society’s unrealistic expectations and finding support for whatever her career path may be.

“On a political level, I believe these stories will create a more nuanced archetype of the nurturing, self-sacrificing mother, as well as to challenge communities to find ways to support mothers who are creating art and discourse in provocative ways.”