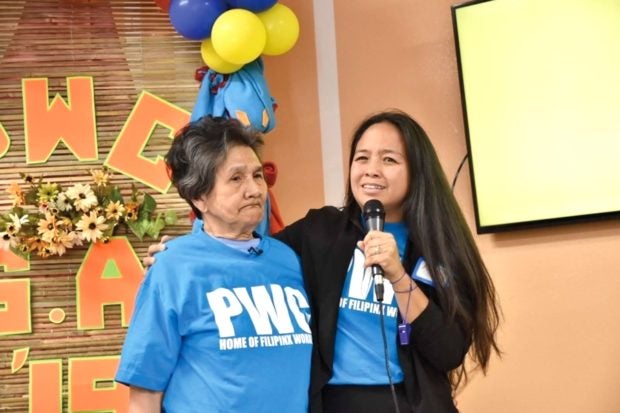 LOS ANGELES – As the United States celebrated its independence this week on 4th of July, freedom takes on a new meaning for Fedelina Lugasan, a victim of modern-day slavery and human trafficking.

For decades, the 83-year-old Filipina was enslaved and coerced into a life of domestic servitude without pay or any days off.

Lugasan was rescued earlier last year in Northridge, California, by the Federal Bureau of Investigation (FBI) and the Pilipino Workers Center (PWC).

Lugasan was identified as a potential victim of abuse when she collapsed in a hospital after not being able to rest or eat for days while watching over her employer, Benedicta Cox.

Under the suspicion that something was wrong, the hospital alerted law enforcement, which resulted in the FBI searching Cox’s residence and teventually rescuing Lugasan.

As an organization advocating to eradicate human trafficking, PWC assisted Lugasan during her rescue and in finding her path to independence by providing access to medical care, housing, food and legal support services. PWC leads a workplace justice campaign that brings abused workers to justice by filing wage claims and restitution of wages.

She was also introduced to a community of Filipinos who now call her “Nanay” (Mother).

After months of investigation, Cox was put on house arrest, sentenced to probation for five years and ordered to pay $101,119.98 in restitution.

With the assumption that Lugasan had been working round-the-clock from the day of her arrival in the U.S., PWC estimates that the total back wages should be a minimum of $1,625,856.00. This is based on the California minimum wage from the time she started working for Cox’s family in the United States in 1980, up until the time of her rescue in 2018, excluding overtime pay.

“Although we celebrate her freedom from slavery, it is a bittersweet victory knowing that Nanay Fedelina’s restitution did not even come close to a tenth of the back wages that she deserved,” said Aquilina Soriano Versoza, executive director of PWC.

“The results of her case highlight the brokenness of our judicial system and expose a greater need for reform in legislation of anti-trafficking laws and better protection policies for human trafficking survivors,” Versoza added.

Lugasan was born in Leyte, Philippines. At age 16, she was recruited by Cox’s mother to work for their family as a live-in domestic worker. With the promise of a better life, Lugasan was brought to their home in Manila. She worked by doing all kinds of household chores and taking care of the children. But she ended up not getting paid for her services. Though she wanted to leave, she was left with no money or any other means to go back to her hometown. With her back against the wall, Lugasan stayed.

At age 28, Lugasan was brought to the United States to take care of Cox’s sister who was sick at that time. But she ended up working for the entire family. For over 30 years, Lugasan served them by cleaning, cooking, gardening, taking care of children and more, all without any pay and no days off. She lived in a house with four bedrooms and three bathrooms but slept on the floor. She did not have a bed.

Lugasan reported, “One time, when I asked for money, Cox’s mother got mad at me. I told her I wanted to leave but she said to me, ‘Where would you go?’”

She added, “Her family would always tell me, ‘If you leave the house, we will call the police and tell them you stole many things.’ I was scared. I never stole anything. But I also did not know anyone or have anyone to help me. I did not want to be put in jail for something I did not do.”

At some point, Lugasan realized that Cox hid her passport and birth certificate. When she asked to get them back, Cox violently refused. Without any form of identification, no money and nowhere else to go, Lugasan experienced even more abuse and exploitation. For years, the family continued to deceive her and instill immense fear by projecting threats of deportation and arrest. 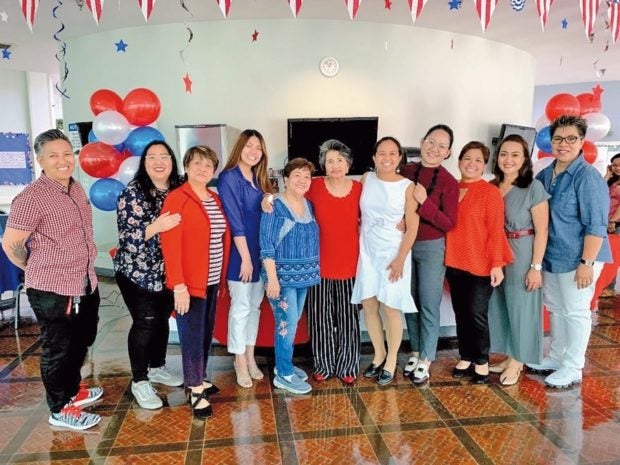 Fedelina Lugasan (center), who was rescued from a modern-day slavery situation earlier this year, celebrates her 83rd birthday with members of the Pilipino Workers Center and representatives from the Philippine Consulate in Los Angeles.  CONTRIBUTED

“About two months after the Northridge earthquake in 1994, Benedicta sold her house because it was damaged by the earthquake. We moved to another house in Northridge. During this time, I was also the household help for Benedicta’s daughter. I cleaned their house, cooked for the whole family, and did laundry for them. Her family included her two kids and husband, as well as mother-in-law and sister-in-law. I took the bus at 5:30 a.m. to their house, got there by 6 a.m. then went back to the Northridge house late at night. I did this for 18 years, from when the older child was born until he was 18 years old. I did not get paid for doing this,” claimed Lugasan.

As the family’s slave, Lugasan was not given the care that she deserved. Even when she was sick, they would force her to work and even accused her of faking illness. Once, she was pushed and almost fell down the stairs.

“I worked and worked even when both my hands and feet were hurting. When it got really bad, my tears would just roll down my cheeks. I felt so helpless,” recalled Lugasan.

Lugasan’s case is not an isolated one. Modern-day slavery happens more often than people think. Lugasan lived in a typical residential home in Los Angeles and in the San Fernando Valley. She did normal day-to-day activities like riding the bus, going grocery shopping, picking up the kids from school. And yet, it took 38 years before someone identified her as a possible victim of abuse.

This is why she wants her story to be told as there are many other victims of human trafficking who need a means to escape. There are many others who need to know that there are communities and organizations who can provide assistance for those experiencing abuse and exploitation as Lugasan did.

This 4th of July, Lugasan celebrated her 83rd birthday and her freedom with her a party attended by caring and supportive community members who have embraced and welcomed her into their lives as their “Nanay.”

Lugasan is now in high spirits and enjoying her life. Through the help of the FBI, the Philippine Consulate General in Los Angeles, and PWC, she is slowly navigating her way through independence.

Lugasan stated, “I am now happy and free. No longer held captive and being abused. I’m sending out a message to workers who may be in a situation of exploitation, seek help, fight back and don’t let people mistreat and abuse you.”

If you are in a similar situation or you know someone who may be experiencing exploitation and abuse, please contact the Pilipino Workers Center at (213) 250-4353.