The feeling was one of déjà vu.  I have done this, haven’t I, in the last two years?  That is, move into a new apartment, buy furniture, stock up the fridge and pantry, scout around for grocery stores, the church, eating places.

Yes, I have done this, but unlike two years ago when the move was to avoid a three-to-four-hour commute from my residence to the new office in Ortigas, this time, it is to pursue further studies abroad, in a place far, far away from the political noise—Winnipeg, Manitoba, Canada.

It was with much gusto that I plunged into the task of starting over, moving into unknown territory, transitioning to post-graduate mode but with some trepidation; with a diminishing purchasing power that relied on hard-earned retirement pay, I knew I could not overspend and buy with reckless abandon.

So, I caught myself remembering my oft-repeated advice to my daughter.  Don’t spend more than you earn.  Distinguish between the necessities and the wants.  You don’t really need paper towels, use dish towels and rags.  Use Brita filter and not buy mineral water.  No more sodas from now on.  Cook meals instead of eating out in fast-food joints.  That’s healthier.  And yes, no more Starbucks; buy instant coffee or brew coffee instead.  But, okay, visits to Tim Horton’s are, I guess, worth it.  Besides, not having internet access in the first week necessitates braving the cold, snowy spring day just to avail of free access in Tim Hortons and even McDonalds. 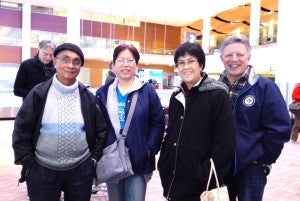 And yes, walk, walk, walk.  It’s healthier, fun and free.  Since there are no tricycles or jeepneys, Uber or Grabcar, there is no recourse but to walk 30 minutes each day to and from the campus housing to the university.  After two weeks of walking to school, church, bank and drug and/or convenience stores, I feel I have already lost some weight.  Hmm, let me fact-check that after an appointment with the scale.

Levity aside, starting over in a country whose climate is far different from my own is not a breeze (no pun intended). I mean, it’s 36 degrees (in the Philippines) vs. 2 degrees here, in spring time at that.  Would I last in winter time, I wonder?

Starting over in a country that is more open, less discriminatory and less racist than its neighbor, is a welcome change.  You don’t fear being run over, because the commuters are pedestrian-friendly.  They do slow down when they see you crossing the street. 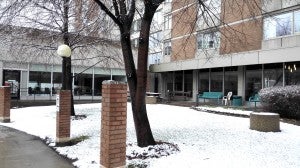 However, you do have to follow the rules and regulations.  Traffic violations cost roughly $200; there is no MMDA to accost you; you just get a bill in the mail reminding you of an over-speeding violation when you thought no one was looking. The police are generally respectful.  There is no fear of being in the wrong place at the wrong time, of being a victim of extrajudicial killing or ending up as a statistic in the fight against drugs.

Manitobans are generally friendlier than those in other provinces with WASP (White Anglo-Saxon Protestant) heritage.  (Car plates have a “Friendly Manitoba” sign). Winnipeg is home to a diverse population and ethnic groupings.

In 2015, the population of Winnipeg was 718,400, with Filipinos comprising about 60,000.  Overall, Filipino Canadians comprise about 662,600 or 1.8% of the total population and are considered the third largest ethnic group in the country.  A joke circulating around the Filipino community says that Winnipeg weather will be much warmer now because Filipinos are coming in droves. 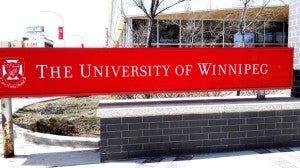 Immigration has been the largest contributor to population growth in Winnipeg, an answer to the issues of an aging population and declining fertility rate.  This trend will be bolstered by a Federation of Immigration Policy change in March 2016, which increased two out of the three permanent resident categories: family and refugee.  With the new national target of 300,000 immigrants per year (up from the 250,000 range), there may be an increase in total immigration figures in Winnipeg.

Filipinos are ubiquitous in Winnipeg.  They are everywhere, literally.  In government offices, commercial establishments, seniors’ residences, malls, universities, etc.  Transitioning to a country is stressful, definitely, but the stress can be managed with a lot of help from the Filipinos who are eager to provide both solicited and unsolicited advice on almost anything:

Invest in good shoes for you do a lot of walking; learn the art of “layering” clothes to fight the cold; go to thrift shops (Value Village for instance) or watch out for sales in malls to buy winter clothes; don’t walk in alleys to avoid being mugged; get a credit card to establish credit history (but don’t spend more than you earn); do not lose your religion (one of them warned me against losing my Catholicism and converting to Protestantism, which is commonplace in North America); learn the bus routes; walk, don’t run, on snow-covered pavements; work hard, party hard (good advice!); be familiar with the coinage (and avoid the embarrassment of having the cashier select the coins for you); volunteer for an NGO or foundation; teach English as a second language; learn French; smile; be polite; be courteous.  Adapt to the environment.  Adopt the good ways and retain the good, solid values.  And pay it forward.  Always.