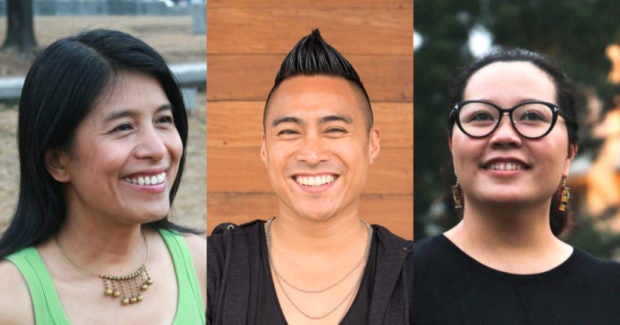 LOS ANGELES — Three Filipino filmmakers were invited to become members of the Academy of Motion Picture Arts and Sciences (AMPAS), the governing body behind the Oscars whose members vote for the winners of the prestigious awards.

The Filipino filmmakers took to social media to express their joy about being welcomed by The Academy.

Raval, known for his works like “Call Her Ganda” and “Before You Know It,” said on Instagram: “WHAT A DAY!!! Not only is @callherganda having its @pbs broadcast premiere on @povdocs tonight at 10pm (check local listings!!!), but just got invited into the @theacademy!!! And I’m in such great company too! Congrats to all!!! Best. Day. Ever!!! #WeAreTheAcademy.”

Meanwhile, Villarama, whose notable works include “Sunday Beauty Queen” and “Jazz in Love,” posted on Facebook that it is an honor to raise the Philippines’ flag in The Academy.She also thanked Filipina documentarist Ramona Diaz, who was also previously inducted into the AMPAS, for being a champion.

“I guess life can really take this young dreamer from Baliuag by surprise. To changing the narrative how the world sees us and how we see ourselves within, it is my honor to raise our three stars and sun; our white, yellow, blue and red to be with the world’s finest in ushering the best documentary films from Asia and the world,” Villarama said.

Carolino is best known for her documentaries “Mula Pabrika Hanggang Fukuoka” and “Bunso: The Youngest.”

The Academy announced that half of the new members it invited were female and 29% are people of color.