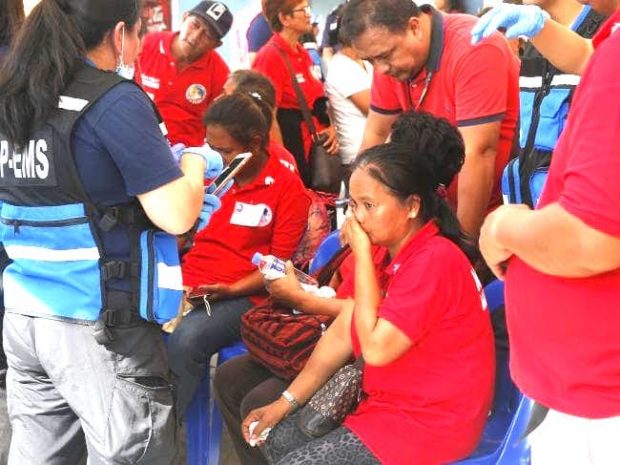 The Marcoses throw a big party for Imelda’s birthday. And people end up getting sick. They throw up. They get dizzy. They feel nauseated.

That pretty much sums up what happened to Filipinos during the dictatorship of Ferdinand Marcos.

Imelda had roughly 2,000 guests at her party. More than 250 fell ill after eating meat stew and eggs, according to reports. They came to celebrate — and they were served bad food.

He promised a party. There was going to be a new order, a new society. Instead, Filipinos found themselves in a nightmare.

After the party, Marcos fled an angry nation, and became known as the second most corrupt leader in the world.

The dictator died in exile 30 years ago. But the story of what he did to Filipinos didn’t end there.

In fact, something his daughter said about all the puking and the vomiting at Imelda’s party also sums up what has happened since Marcos died.

“The food may have been spoiled, but we remain solid,” Imee Marcos said about Imelda’s nauseating party according to the New York Times.

Even that seemed like a good way to explain the return of the Marcoses. They came back slowly, fitting smoothly, quietly into a world once again dominated by politicians like Marcos and Imelda — the trapos.

Today, the host is Rodrigo Duterte, the thuggish former mayor from the south, throwing a feast, cursing anyone who challenges his regime, making meaningless promises. So many promises  — criminals will be smashed, corruption will be eradicated. Finally, Filipinos will live with dignity.

It didn’t take long for the guest to get sick. Thousands have died from a slaughter he inspired, from a brutal campaign aimed at poor, defenseless people.

Just like the other ruthless thugs in history — Adolf Hitler, Josef Stalin, Pol Pot, Ferdinand Marcos — the thug who unleashed the bloodbath is popular.

“The food may have been spoiled, but we remain solid.”

Just like with the other thugs, the Hitlers, the Stalins, the Pol Pots and the Marcoses, I guess we will have to wait a bit longer, and do much more, to expose the rot.