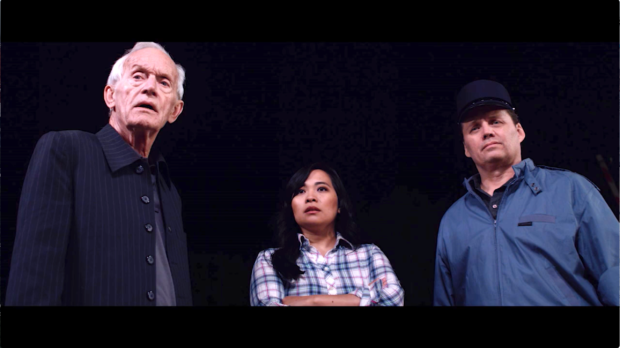 LOS ANGELES — Actor and acting teacher Giovannie Espiritu has added double rainbow feathers in her cap.  The Philippine-born, San Francisco-raised Los Angeles transplant is now a screenwriter and filmmaker with a special nod for her directorial debut.

Earlier, “Ultra-Feminist” received an Honorable Mention out of some 20 films in Outfest Fusion closing night gala March 5 at the Japanese American Museum in LA’s Little Tokyo.  The recognition announced by producers Quincy and Deondre Gossfield surprised the awardee. 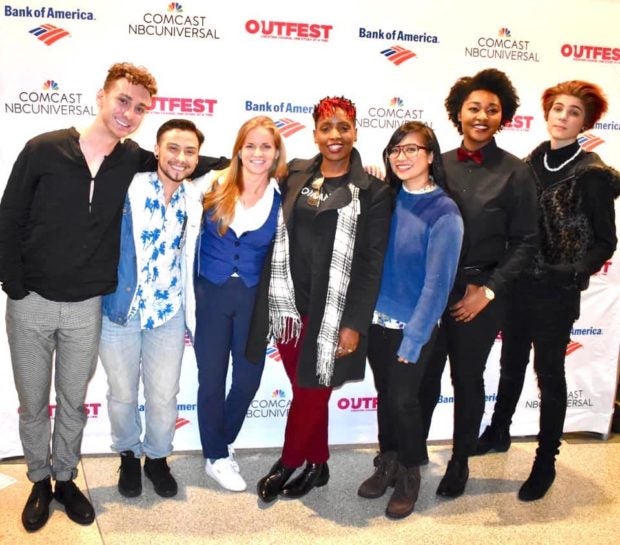 “I think that the LGBTQ community is filled with the bravest, most courageous souls that are willing to fight and die for the right to love who (sic) they love. Love is love is love. Visibility matters. That’s why I am so honored to be a part of Outfest,” Espiritu told this reporter. “Media is such a powerful thing – we shape society… we teach people to be kind to one another, to have empathy for someone else who believes or thinks differently than you do. We help people to connect and understand each other. This is why it is so important to tell stories of the underprivileged, underrepresented, and disenfranchised.”

Presentation of her first film coincides with the 50th anniversary of the Stonewall Uprising, the mass protest against prejudice and homophobia in New York that liberated the LGBQ community. This year also marks World Pride Day/Stonewall 50 initiated in New York City with events beginning May 12 and concluding June 30.

“When I see the queer community coming together and coming out for pride- my heart is so happy. The pictures of the joy and celebration of love in all forms makes a difference to those that are in restrictive communities and tells them that there is a world out there where they will be accepted and loved for who they are,” said Espiritu. 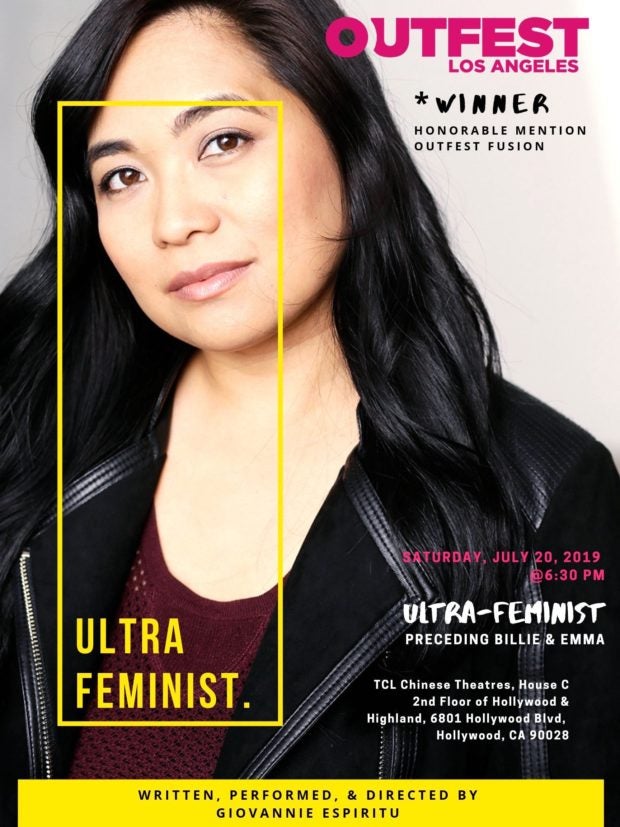 Espiritu is no stranger to the film festival, where she has headlined several times as an actor. She first participated with her work as “Mara” from “Fiona’s Script,” a feature film about a young bisexual woman.  That debut scored her a Best Supporting Actress nomination at the nearby Method Fest Film festival alongside Academy Award nominees Alfre Woodard and Amy Irving.  Twice she has been honored for her work as Filipino genderqueer player, “Gin,” on the critically acclaimed series, “Dyke Central,” currently streaming on Amazon Prime.

The activist artist wrote “Ultra-Feminist,” a short film, as a response to being called a feminist and entered it last minute to an Outfest Fusion competition on microaggressions or verbal, behavioral or environmental indignities communicating hostile, derogatory or negative action toward a group.  Coined in 1970 by Harvard University Professor Chester M. Pierce, the term first referred to what he observed non-blacks using against people of African heritage.  The term later encompassed any oppressed or marginalized population.

Espiritu’s calendar is full of projects in different stages of development. Currently she is in post-production on “Ally3000,” a short that she wrote and directed.  She has just signed androgynous supermodel and activist Rain Dove to a feature film she wrote called, “Dis-Graced,” about a “church-loving good girl who finds redemption through an unlikely friendship. It is loosely based on her personal experiences leaving a fundamentalist Christian cult.”

Next month, Espiritu will go on press appearances and interviews ahead of the Aug. 6 North American release of “D-Railed,” a horror/thriller currently sweeping awards on the festival circuit. In the screamer, Espiritu plays train employee “Jackie” alongside sci-fi icon Lance Henriksen as her boss.