Nike had unveiled the Air Max 1 USA featuring an American Revolution-era design known as the Betsy Ross flag imprinted on its heel to coincide with the United States’s July 4 independence day.

The Wall Street Journal reported the US sportswear giant pulled the shoe following objections from Kaepernick, a Nike endorser who led kneeling protests during the national anthems of NFL games in 2016 to protest racial inequality and social injustice.

Kaepernick said the design featuring 13 white stars in a circle was offensive because it was associated with a period of slavery, which was legal in the US after independence from Britain.

Top 10 Jordans You Can Find On Amazon

Nike shipped the shoes to retailers but then asked for them back, and had taken the design off its website, the Journal reported.

“Nike has chosen not to release the Air Max 1 Quick Strike Fourth of July as it featured the old version of the American flag,” a Nike spokesman told the Journal.

The price of a few pairs available on an online shoe reseller rose to as much as $2,000 following the publication of the Journal’s article, the newspaper said. 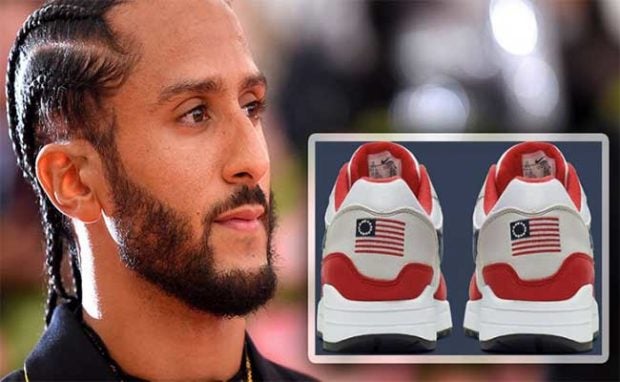 Kaepernick and former San Francisco 49ers safety Eric Reid settled collusion lawsuits against the NFL earlier this year for less than $10 million over claims team owners had plotted to keep them from playing.

LATEST
Is it game-over for TikTok? US FCC commissioner wants Apple and Google to remove the app
Ethereum holds its breath for the mean and lean ‘merge’
Tesla closes an office as layoff strikes Autopilot jobs
US Treasury yield curve inverts again: What is it telling us?
Dollars hold firm, shares cautious, Wall St. futures slip
US July Fourth cookouts feel the heat of increasing food prices