Top 10 Jordans You Can Find On Amazon

Air Jordans have been around for quite a number of years, and are in fact one of the most popular basketball sneakers. We explore what the Jordan Brand and bring together our top 10 best Jordans of all time, in terms of balance, market value and fanbase.

The Original Air Jordans from Nike

In line with the prominence of the name, the Air Jordan brand is among the most popular basketball shoes. This is totally acceptable because anything linked with Michael Jordan; a man who is unarguably the best player yet, is supposed to be great right?

With several innovative designs, the Jordan brand has set the pace for other brands and has been the ultimate projector for the Nike brand. 10 years after Jordan’s retirement from active basketball, Nike has continued to roll out several versions of the shoe, with every release coming with distinct features. If you think we left any of your favorites, kindly let us know in the comments section of this article.

Top 10 Air Jordans of All Time 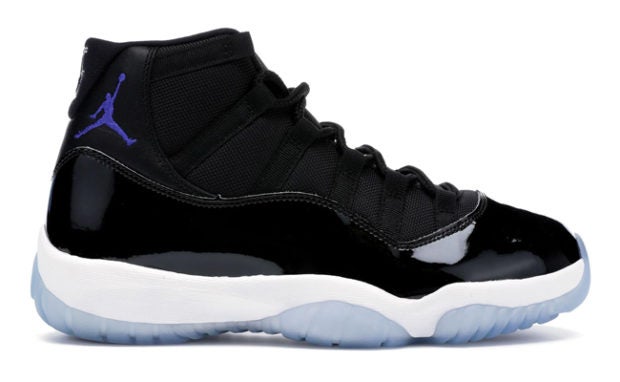 Also referred to as the “Space Jam” shoe, the Air Jordan Retro XI were Jordan’s shoes for the 1995 NBA Playoffs. In that year’s playoffs, the Orlando Magic defeated the Chicago Bulls. After the shoe was featured in Space Jam in 1996, people became more and more interested in the brand. After its release in 2000, it gained a lot of attention, after which it was scheduled to be re-released in December 2016. 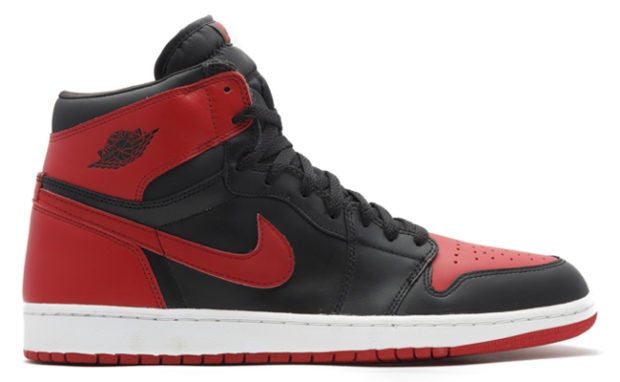 Nike released the Air Jordan 1; a shoe which featured different colors, white, black, and red. This was a sort of reply to the NBA for penalizing Michael Jordan after he wore the red and black Air Jordans.

The new version of the shoe is featured in several colors that were fairly distinct from the colors NBA uniforms. The re-released edition attracted a lot of attention and made huge success on the market. 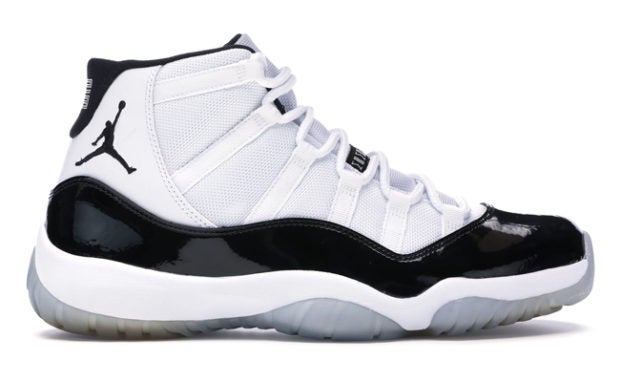 This is among the best Jordan basketball shoes to be designed by Tinker Hatfield. The design was released when a lot of people thought that was the end for Nike and the NBA.

Hatfield paid no mind to the rumors and focused on the design. Surprisingly, the inspiration behind the design of the Air Jordan Concord were regular outing shoes and a lawnmower. Even after the design, Nike didn’t show any willingness to pushing it. Hatfield asked them to take it to Michael Jordan, they refused, but the shoe generated a lot of buzz in the market. 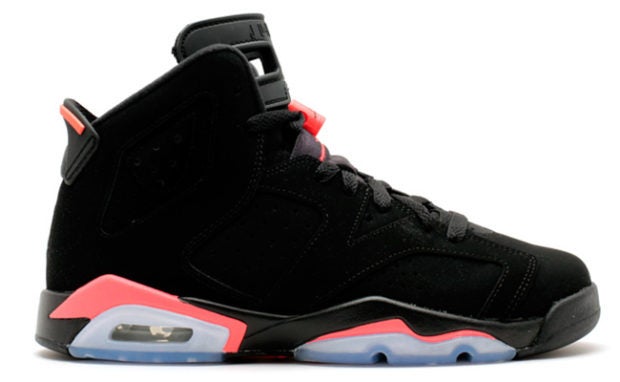 Without a doubt, the Air Jordan VI Infrared is a stand out pair. These were the same model that MJ wore when he won his first Championships. And to make the Jordan VI Infrared more iconic, Michael Jordan won the Finals MVP in them.

These shoes feature an all-black unique design, beautified with very shiny infrared accents and a translucent outsole. The rear “wing” of the VI was inspired by the Porsche, and this was the first to work with that concept. This concept has been the major selling point of the Jordan VIs to this day, as it follows the design of various sports cars. 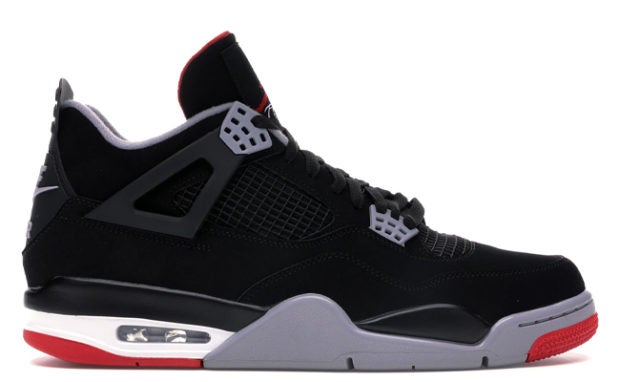 As we close in on the best on our list of the top 10 Jordan shoes, they become more and more tied to Michael Jordan’s history. The black Air Jordans IV initially became famous after Jordan celebrated the game-winner over Craig Ehlo of the Cleveland Cavaliers. This single shot propelled the shoe and the brand as a whole.

Get new and used Air Jordan IV on eBay

The innovative film “Do the Right Thing” featured the Jordan 4s (cement colorway), when Buggin’ Out’s Jordan 4s were scuffed by a Boston Celtics fan. Giancarlo Esposito acted this out, as he squared up to a Celtic’s fan after he stepped on his new sneakers. 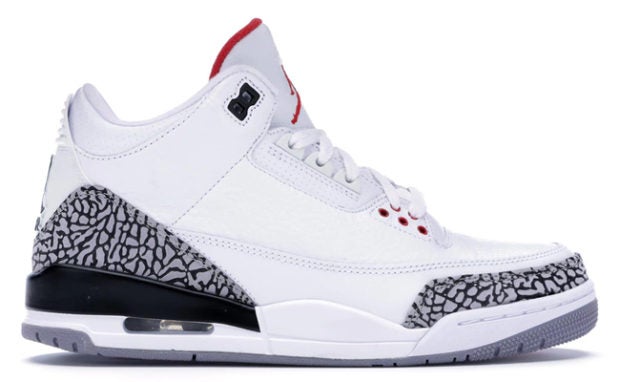 In a bid to make Jordans diverse, the Jordan III was released to tend to both sport and fashion needs. The design features a ¾ cut that could be useful to fans both on the basketball court and at home. The Air Jordan III stands as the first with a Visible Air and also the first to be marketed by Mars Blackmon. This shoe got a lot of fans after it was released. 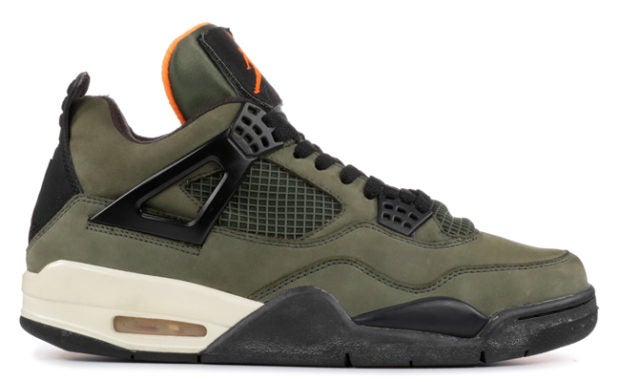 The Air Jordan Retro IV UNDFTD (Undefeated out of California) is among the top releases from the Jordan brand since inception.  The “Flight” concept is the major inspiration behind this shoe, and the only way to get after its release was through a raffle. This shoe also boasts a detachable shoe tongue.

They’re only 72 pairs of the Air Jordan Retro IV UNDFTD. Valued at $5,500 USD as at when this publication was made. 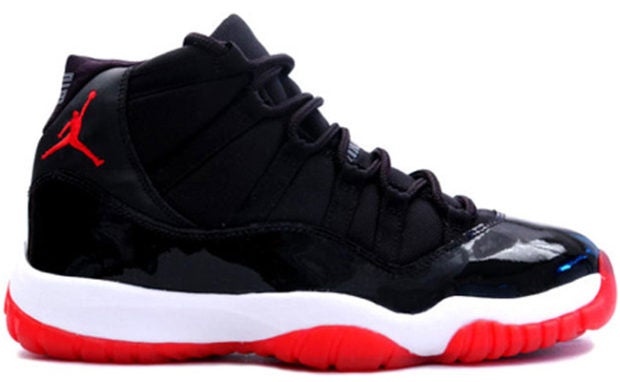 Rolled out in 1996, the Air Jordan XI is undoubtedly a big winner and ranks amongst the best shoes the Jordan brand has ever released. The Jordan XI features an all-black upper and red outsole, a concept that propelled the sales of the shoe. The Air Jordan XI went on to be among the most prominent shoes released. With over 25 years after its release, it can be incredibly difficult to find a clean pair of this model. Ebay will be your best bet for trying to get a hold of the Air Jordan XI in black/red. 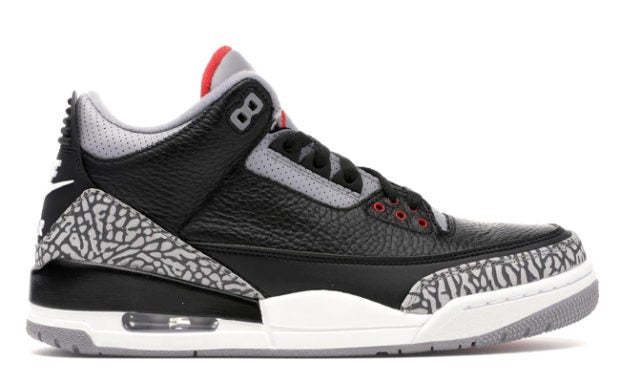 Our list would not be complete if we leave out the Air Jordan III in Black and Cement. This shoe is perhaps the most popular Jordans of all time. The history behind what motivated the design of this shoe is what makes it special.

Tinker Hatfield modeled this one out to help strengthen the bond between Nike and Michael Jordan. This style is still what has carried on until today.  Moreover, it is interesting to know that the main design team wasn’t with Nike at this time. Michael had the idea of trying to incorporate his athlete’s personality into each of the shoe’s design. To a lot of fans still to this day, this shoe stands as the most perfect blend of tech and style. 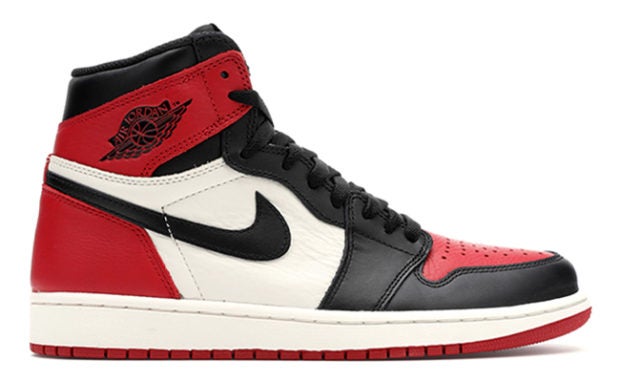 The Air Jordan 1 was a huge leap in the dark for the multimillion-dollar company, Nike. Having singed Jordan on a big contract and promised him a signature shoe and several other incentives, they had to deliver accurately. A lot of people still rock the Jordan 1s today as it shows class and style. It is still possible to get originals today, but they’d definitely cost a fortune especially if they’re crispy new.

It can still be said that the Jordan Brand is still under the mother Nike brand. The company functions independently and also has players signed to their signature line, example Carmelo Anthony, Blake Griffin, and Russell Westbrook.

Today, Michael Jordan’s impact and influence within basketball have tripled that which he originally possessed during his playing days, and all this began with the Air Jordans.