Trump’s Fourth of July Celebration at the White House

President Donald Trump is promising military tanks along with “Incredible Flyovers & biggest ever Fireworks!” for the Fourth of July in Washington. But the District of Columbia’s government’s says “Tanks, but no tanks.” Others say Trump will politicize the festivities.

The government spends millions on the 4th of July celebration. The President has inserted himself into it. It cannot legally be political. So it’s troubling to say the least if the RNC is giving out VIP tickets. https://t.co/56OeeJ0go8

Trump said Monday that tanks will be part of a special event he’s headlining Thursday to honor the military. An Associated Press photographer found at least two tanks and other military vehicles on flatcars in a railyard in southeast Washington. 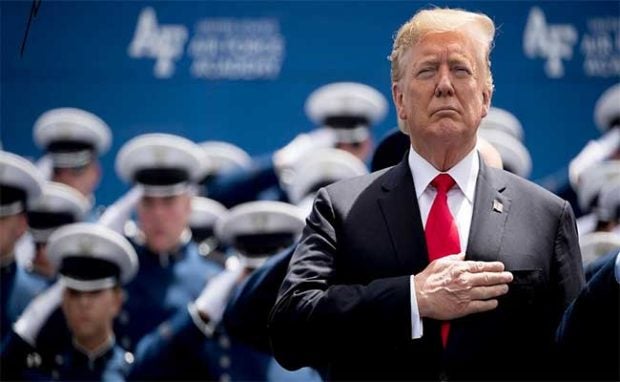 Trump tweeted Tuesday: “Big 4th of July in D.C. ‘Salute to America.’ The Pentagon & our great Military Leaders are thrilled to be doing this & showing to the American people, among other things, the strongest and most advanced Military anywhere in the World. Incredible Flyovers & biggest ever Fireworks!”