In the weekend agreement with his Chinese counterpart Xi Jinping, US President Donald Trump suggested a potentially softer position on Huawei, a sticking point in the trade war. White House economic advisor Larry Kudlow said Sunday there’s “a good chance” the deal will open the door to “new licenses” allowing more exports to the Chinese firm suspected of working with Beijing’s intelligence services to facilitate spying — a charge that the world’s number two smartphone supplier denies.

We must remain clear eyed about the national security threat #Huawei poses to the U.S. and our allies. ⬇ pic.twitter.com/1CW9TaXTZA

Last month the US government added Huawei to an “entity list” of companies barred from receiving US-made components without permission from Washington. Some lawmakers accused Trump of selling out on national security. “If President Trump has in fact bargained away the recent restrictions on #Huawei, then we will have to get those restrictions put back in place through legislation,” Republican Senator Marco Rubio tweeted.

Democratic Senator Chuck Schumer echoed those remarks, tweeting that “Huawei is one of (the) few potent levers we have to make China play fair on trade.” Kudlow maintained that Huawei will remain on the Entity List.

Trump told reporters after the Osaka G20 meeting that US companies “can sell their equipment to Huawei” if there’s no great security problem attached. “Huawei is a complicated situation” that would be discussed as part of a broader trade agreement, he said, adding: “We have a national security problem, which to me is paramount.”

Republican Representative Jim Banks called the deal “extremely troubling” and said it would make it harder to negotiate with China.

“Why not keep #Huawei on our blacklist until China demonstrates a change in behavior?” Banks tweeted.

“When you tell the world one day Huawei is a security threat and then reverse that argument the next day, you undermine the veracity of the initial security claim,” McFaul wrote on Twitter. 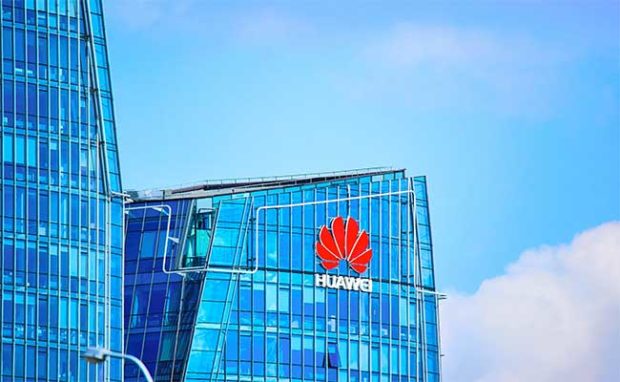 It remained unclear, however, what the deal would mean for Huawei, which under US restrictions could be denied key software including much of the Google Android system and important hardware to allow it to keep making smartphones and other equipment.

Asked about the agreement, a Huawei spokesman said only: “We acknowledge President Trump’s comments related to Huawei over the weekend and have nothing further to add at this time.”

The deal “is unlikely to give Huawei the products it really needs and even if it did, it is quite possible that fatal damage has already been done to Huawei’s smartphone business,” technology analyst Richard Windsor said on his Radio Free Mobile blog.

Samm Sacks, a fellow at the New America foundation China Digital Economy project, said the US faces a difficult task in trying to resolve the trade dispute while maintaining a hard line on Huawei’s national security risks.

“The problem is that Trump has given a green light to national security hardliners whose end objective has not been to find a deal in the trade war, but to create a world free of Chinese telecom equipment,” Sacks said.

One possible compromise would be to ease restrictions on Huawei’s consumer business including smartphones and tablets while keeping sanctions on telecom infrastructure, which is seen as having a higher potential security risk, she said.

Why Has China to US Tourism Dropped for the First Time in 15 Years?

Trump’s China Tariffs: The Costly Price US Consumers Will Pay

But Sacks noted the deal is unlikely to resolve the simmering tensions between the two economic powers over technology leadership.

“Over the longer-term, Beijing is not going to abandon its technological ambitions in artificial intelligence, internet of things, and 5G next generation networks in ways that will continue to create tension with the United States,” she said.

LATEST
Is it game-over for TikTok? US FCC commissioner wants Apple and Google to remove the app
Buckle Up: How investors can keep up with crypto turbulence
Did Biden just announce an anti-Marcos rally?
Tesla closes an office as layoff strikes Autopilot jobs
How Americans are boycotting companies now
Ethereum holds its breath for the mean and lean ‘merge’