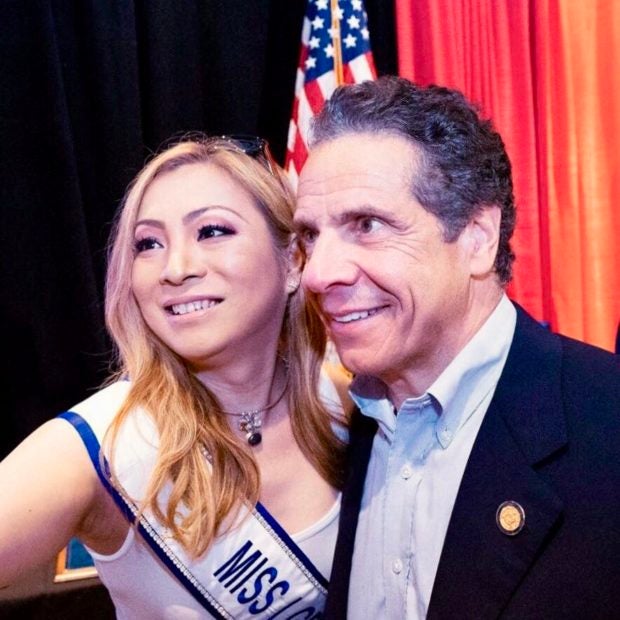 NEW YORK—Filipino transgender advocate Chelle Lhuillier is taking pride of place at the WorldPride and Stonewall 50 celebrations here, touted as this year’s largest international LGBTQ Pride event that’s expected to draw around 5-7 million people from around the world this month.

N.Y. Governor Andrew Cuomo announced the 11 winners of a statewide competition for WorldPride ambassadors on June 13, and among them was Lhuillier as the representative of Queens.

“Our history as a leader of the LGBTQ rights movement is a major point of pride for the state of New York. As we begin Pride Month and mark Stonewall 50, we are recognizing exceptional leaders who will take part in WorldPride events to honor our legacy in the continuing fight for equality. Our ambassadors will highlight our history and celebrate our diverse LGBTQ communities in every region of the state,” N.Y. Lieutenant Governor Kathy Hochul said in a statement.

Although N.Y. hosts and celebrates some of the largest Pride Month events yearly, 2019 marks the first time the WorldPride celebration is happening in the United States. The event coincides with the 50th anniversary of the Stonewall Uprising that many believe to have sparked the global movement for gender equality, making it doubly significant for New Yorkers. “My heart is filled with overwhelming joy and happiness, knowing that I won a statewide competition that will showcase how New York City has initiated the Gay Rights movement, which inspired millions of LGBTQ all over the world to continue fighting for equality,” Lhuillier told INQUIRER.net.

“I believe that I was chosen to be a WorldPride ambassador because they saw and recognized my potential, that I’m very much capable of inspiring, encouraging and empowering people from all walks of life, particularly the millennials and the marginalized LGBTQ and transgender communities,” Lhuillier said.

Among the most famous transgenders in the Filipino American community, Lhuillier is a native of Mogpog, Marinduque who moved to N.Y. in the early 2000s and has worked as a teacher and health care practitioner. She gained prominence as a beauty queen, having won several titles including Miss Pearl of the Orient and Miss Philippines-LGBT-USA, and later a transgender advocate affiliated with the Human Rights Campaign of Greater New York.

As the WorldPride ambassador for Queens, which is one of the most ethnically diverse neighborhoods not only in N.Y. but in the entire US, Lhuillier expects to promote and highlight the diversity of her neighborhood’s LGBT community including the historic and iconic destinations of the state throughout the Pride Month celebration. She will be featured in one of the floats during the NYC Pride March on June 30.

About 50 Fil-Ams are also taking on official duties during the live musical event “Pride Island” on June 29-30 at the Hudson River Park. A highlight of the WorldPride and Stonewall 50 celebration with tickets selling out as early as March, Pride Island expects to draw a crowd of 7,000.

From 12:30 p.m. to 11 p.m., TOFA’s volunteers are responsible for maintaining an excellent guest experience at the ticket lines. They will manage the queues, direct guests to proper lanes, scan tickets, place or remove wristbands on guests, and keep the service area clean until the concert ends at around 11pm.

This is the second year in a row of TOFA joining NYC Pride as a community partner. Four of its volunteers, (Donna San Pablo, Lawreen Egerton, Jovic Cruz, and Sherwin Reyes) the designated team leaders and assistant team leaders, started training for their roles last week.

According to Ross D. Levi, N.Y. state executive director, major events have been planned statewide as part of the WorldPride and Stonewall 50 celebration, spanning Long Island to Niagara Falls including commemorations of the Stonewall Uprising in NYC.

As a WorldPride ambassador, Lhuillier plans to tell visitors what she finds to be the best thing about NYC: “I would tell any visitor that New York is the best place to be free and safe. It is so diverse, very inclusive and gay-friendly city. It is a city that embraces and welcomes anyone regardless of color, religion, sexual orientation or gender identity.”