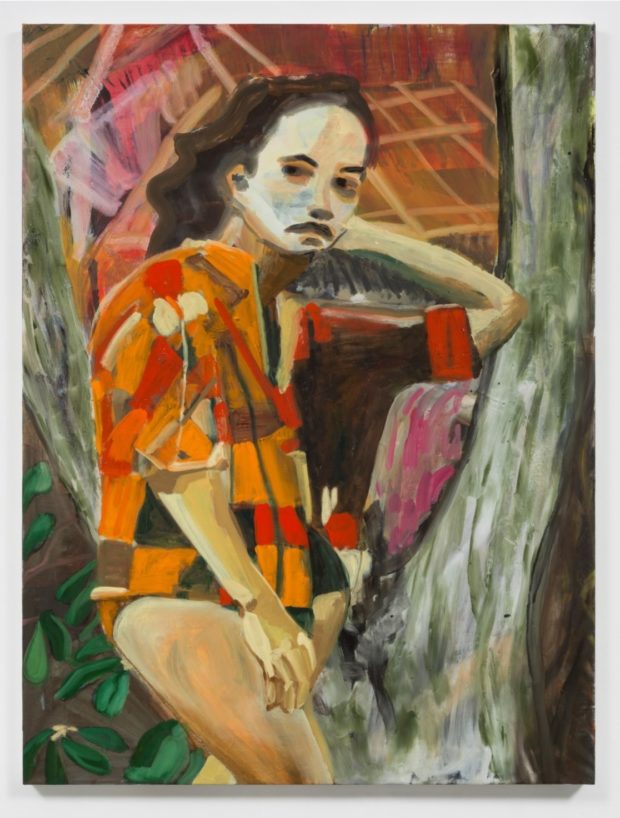 WASHINGTON, DC — Filipino American painter Maia Cruz Palileo is responding to images of Filipinos that were created during the U.S. colonization of the Philippines with images of her own.

Palileo’s pieces were crafted after a period of research where she studied a collection of photographs taken by American zoologist Dean Worcester from 1899 until 1903.

Palileo wanted to assess images of Filipinos as seen from “multiple points of view”—those of foreigners and of Filipinos—against the backdrop of the Philippine revolution against Spain and the Philippine-American war.

“The Worcester archive is a collection of exploitative and dehumanizing photographs,” notes Palileo in a statement.

“I was drawn to the people in the pictures with the impulse to pull them out and away from this historical framework.”

To this end, taking inspiration from Filipinos artists and writers of that era, Palileo reconfigures the images into new contexts. “Uranium in the Hotsprings” by Maia Cruz Palileo, oil on canvas, 2016. CONTRIBUTED

Her works will be presented in an eponymously titled solo show at the Katzen Museum curated by Fil-Am artist and educator Isabel Manalo.

“For this exhibition, Maia has included an installation of rubbings on paper from the Worcester archive,” says Manalo. 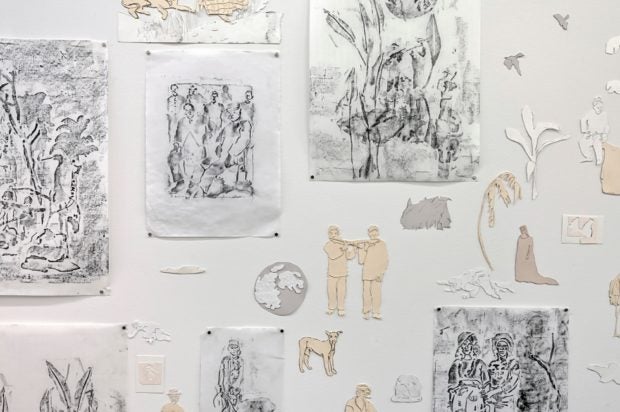 Rubbings on paper by Maia Cruz Palileo, from a previous exhibition. RCH PHOTOGRAPHY

“It’s her attempt to re-contextualize these subjects in a way that gives them an identity and humanity beyond what they were in Worcester’s eyes—a subject to be educated and civilized.

“It is a way to re-honor who they were as real, living human beings and place them in new environments.”

Currently based in New York, Palileo was born in Chicago, studied Studio Art at Mount Holyoke College in Massachusetts and took up a master’s in sculpture at the Brooklyn College of the City University of New York. 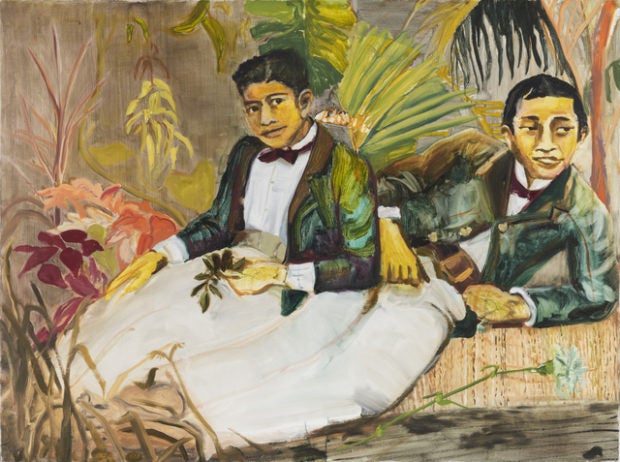 Her recent solo shows include “All the While I Thought You Had Received This” in Chicago, “The Way Back” in London and “Meandering Curves of a Creek, Pioneer Works” in New York.

To introduce Palileo to viewers as well as to provide a more personal context for her pieces, Manalo composed the exhibition as a mini-retrospective of Palileo’s works.

Manalo will be providing viewers a frame of reference for Palileo’s thought process by including earlier pieces.

“Maia’s paintings and drawings depict historical narratives from the colonial past of the Philippines as well as stories and moments about her own life as a Filipina American growing up in the midwestern United States,” says Manalo. “This body of work is as much about history as it is about memory, and one’s discovery of a colonized personal and cultural identity.

“Her works from 2013-15 express feelings of longing and belonging by imagining the Philippines from the perspective of a contemporary Filipina mid-westerner informed by her family’s photos and stories.

“From 2016-17, she continued to make works that are influenced by her family archive mixed with the environments of various cities she had traveled to and lived in.” 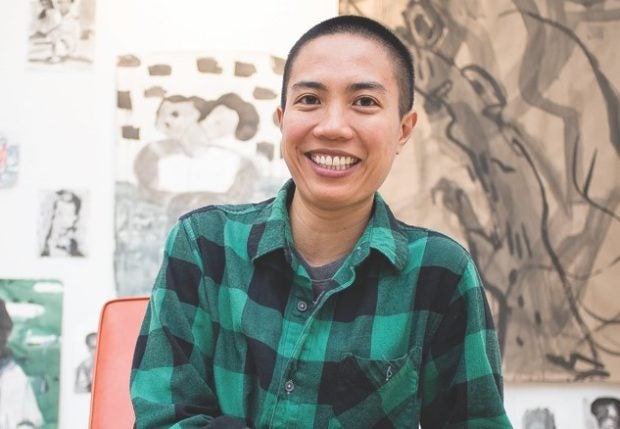 “These works question notions of home, feelings of longing or displacement, and how figures inhabit the natural and physical environment.

“The paintings in this exhibition beg the viewer to delve deeper into how they possibly relate to one another.”

There will be an artist talk on June 15 with Katzen Museum director Jack Rasmussen, curator Isabel Manalo and Maia Cruz Palileo.