Making sure truth prevails in a work retaliation claim 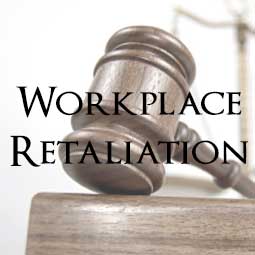 Dr. Sheila Hudson worked as a Senior Associate Athletics Director and Title IX Coordinator for California State University, Los Angeles. She filed a lawsuit against her employer, alleging retaliation after complaining about the sexual harassment of young female employees by the athletic director. Dr. Hudson alleged that the director used “degrading, sexist names such as, ‘Sweetheart,’ ‘Love’ and ‘Babe'” to refer to female employees. Dr. Hudson also reported gaps in pay and other areas between men and women in the athletic department.

The employer turned around and sued her for alleged invasion of privacy, accusing her of recording other employees in a meeting without their permission.

An employee who asserts his or her rights under the law, or who challenges an employer’s illegal conduct, may experience demotion or termination. This is unlawful retaliation.

In a retaliation claim, an employee must prove that she/he engaged in protected activity. Engaging in “protected activity” means that the employee must complain or oppose a practice which is forbidden by law (e.g. sex, race, or age discrimination). The complaint may be internal (e.g., made to managers or officers within the company) or external (e.g., made to government agencies).

Additionally, courts have held that “protected activity” includes complaints or opposition to conduct the employee “reasonably” and in “good faith” believes to be unlawful, even if the conduct is not actually prohibited under the law.

In a retaliation scenario, the employer will almost always present a different story. The employer may even create a pretext or fabricate a reason for the termination. To protect themselves, employees must gather their own evidence to establish that they are telling the truth.

Employees can document the facts in a letter or email to their bosses or to HR or to colleagues they can trust. The documentation must be done at or around the time that the important facts occurred and must contain the employee’s complaint and the employer’s response. It is also good for employees to pay attention to anyone who may have witnessed the employer’s conduct.

Some employees may think that anonymity protects them. However, the opposite is true. Presenting complaints in writing, even by email, if expressed in a professional manner, will make it harder for the employer to ignore the situation. More importantly, it creates a record of communications that can later be reviewed to determine the true reasons why any action was taken against the employee.

It is true that employers generally have the power to terminate employees at will. However, employers must not be motivated by a discriminatory or retaliatory reason for doing so. In this instance, the termination becomes unlawful, and may subject the employer to liability for damages. Employees who prove they were retaliated and wrongfully terminated may recover loss of earnings, emotional distress, and in certain cases, attorneys’ fees and costs, and punitive damages.

Rather than proceed with trial, Dr. Hudson and her employer reached a settlement agreement. The employer agreed to pay $2.75 million to settle the lawsuit. As part of the settlement, the employees who accused Dr. Hudson of recording them without permission agreed not to pursue criminal charges. Dr. Hudson was required to delete any social media posts about the litigation, and she was barred from applying for jobs at any California State University. The settlement agreement also barred all parties from discussing the case with anyone else.