Why Are Dead Seals Washing up on Alaskan Coast?

Some carcasses had lost hair and NOAA Fisheries will try to determine if that was due to decomposition or abnormal molting. The agency noted the importance of ice seals to Alaska Native coastal communities. Seals are essential to coastal communities and food safety is a major concern.

NOAA said it received multiple reports of dead ice seals in southwest Norton Sound on Monday, including from a hunter who counted 18 seal carcasses along 11 miles of shore and dozens more on the coast of Stuart Island, Alaska. 💔 https://t.co/pfqzBXLteu

Bearded, ringed and spotted seals were reported dead south of Nome and north of the Bering Strait.

A hunter counted 18 carcasses along 11 miles (17.7 kilometers) of shore north of the village of Kotlik and dozens of other dead seals along an island near Stebbins.

North of the Bering Strait in the Chukchi Sea, a National Park Service biologist counted six dead seals near Kotzebue’s airport. NOAA Fisheries also received accounts of up to 30 dead seals between Kivalina and Point Hope.

Abnormal molting was present during the deaths of ice seals and walruses from 2011 to 2016 and led NOAA Fisheries to investigate after declaring an unusual mortality event in the Bering and Chukchi seas.

A definitive cause for the abnormal molting was not identified.

The agency estimated that 657 seals were affected over those six years. Biologists confirmed 233 dead and stranded ringed, bearded, spotted and ribbon seals and 179 killed by hunters. Another 245 were found with abnormal molting during health assessments. 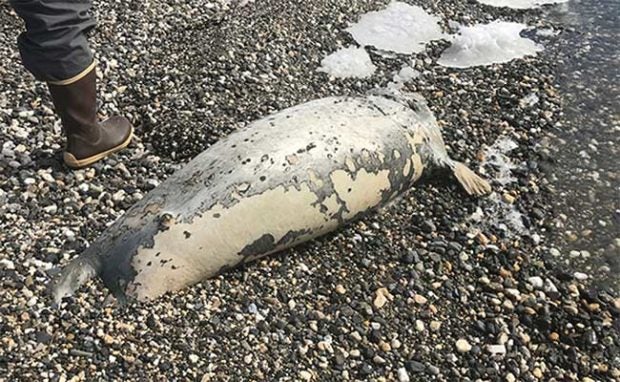 Ringed seals are the smallest of Alaska’s ice seals and get their name from small, light-colored circles on their coats. They are the only seals that thrive in completely ice-covered Arctic waters.

Spotted seals are medium-size seals with light coats and dark spots. They often are found at the outer margins of shifting ice floes and rarely in areas of dense pack ice, NOAA says.

Zombie Cells: Are They the Key to Anti-Aging?