Instagram will not take down an ultra-realistic “deepfake video” posted Tuesday of Facebook’s chief executive bragging about controlling billions of people’s “stolen” personal data. “Imagine this for a second: one man with total control of billions of people’s stolen data, all their secrets, their lives, their futures,” a computer-generated Mark Zuckerberg says in the video.

Facebook says it will not take down this deepfake — clearly wanting to show it treats a doctored video of Zuckerberg the same as one of Pelosi.

But now CBS is asking Facebook to remove the fake Zuckerberg video because it shows the CBS logo. https://t.co/hbnnt1KAOk

The video was shared by British artist “Bill Posters” — a pseudonym — as part of the promotion for his project “Spectre”, which looks at the outsize influence of technology and social media.

“The key issue is to interrogate privacy and the surveillance of our data,” Posters told AFP, asking that his real name not be used to maintain artistic anonymity.

“We wanted to create an artistic intervention into the internet to shine a light on Mark Zuckerberg and explore how data is used in unexpected ways by opaque companies.” 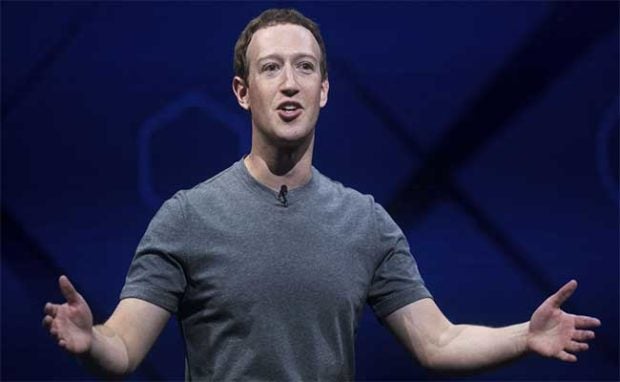 Posters also welcomed the fact that Instagram was “not going to censor us as artists”.

“If third-party fact-checkers mark it as false, we will filter it from Instagram’s recommendation surfaces.”

“Spectre”, which is named after the secret villainous organization of the James Bond films, aims to discuss the power of digital influencers and information online, as well as what can or cannot be believed.

According to his website, Posters and fellow artist Daniel Howe teamed up with artificial intelligence start-ups to create “deepfake” videos of celebrities ranging from Kim Kardashian to US President Donald Trump saying ridiculous things.

Posters and Howe are not trying to trick internet users, as all the videos are labeled with the hashtag #deepfake. But their work shines a light on the proliferation of faked videos online, especially as AI technology advances.

The video of Zuckerberg manipulates an actual statement from the chief executive, and refers to Facebook’s recent controversies over both stolen user data and one such manipulated video.

Facebook recently came under fire for refusing to block the sharing of a video of US House Speaker Nancy Pelosi that had been doctored to make her appear drunk or impaired.

Pelosi called on the social media giant to block the video, saying Facebook “knows that this is false”. Facebook did not remove the video but is quoted in media reports as saying that the video had been tagged as false and sank in the network’s news feed ranking.