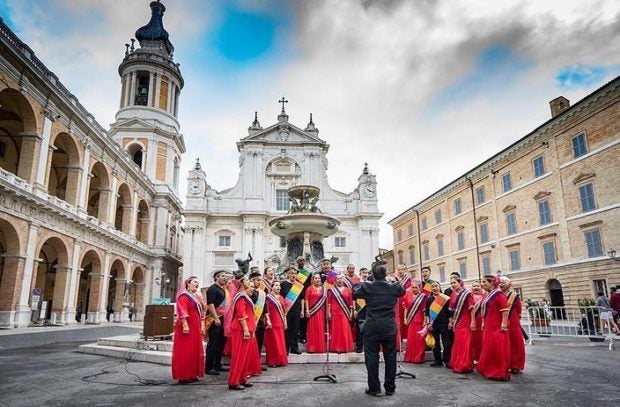 Tickets start at $25 and are available at saringhimigsingers.eventbrite.org .

Saringhimig Singers began as a student choir founded by then music student George Hernandez in 1976 at the University of the Philippines.

From 1979 until 1983, Saringhimig Singers established a commendable reputation in Europe by winning in choral competitions and participating in notable choral festivals including Arezzo & Gorizia in Italy, Llangollen in Wales, Tolosa in Spain, Cant’ Coral in Barcelona and Puig Reig, Spain. 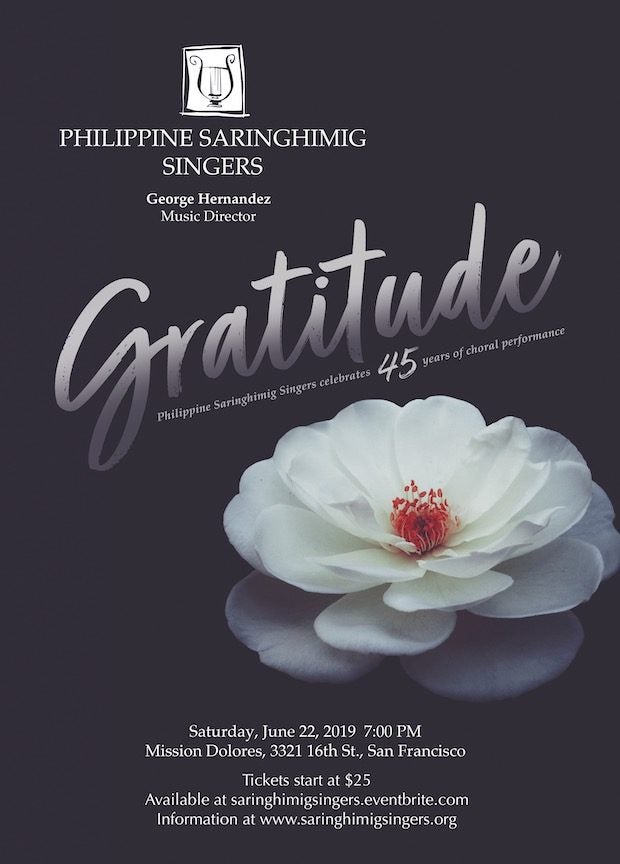 The extensive European concert tours included performances at the 800th celebration of Rhine Cathedral in Germany, the State Opera House in Prague and in various concert halls in Poland, the former Yugoslavia, and Czechoslovakia.

In 1983, the choir continued its European concert tour in Canada, including notable performances at the Royal Massey Hall in Toronto. In 1984, The Philippine Saringhimig became the first Filipino choir ever to perform at The Lincoln Center in New York.

After an interval of a few years, Mr. Hernandez revived the Philippine Saringhimig Singers in 1990 in the San Francisco Bay Area. The choir has since been busy with local concerts and performances, several of which were to help in the fundraising projects for several religious and non-profit organizations.

The group embarked on another series of European concert tours and choral festivals in 1994 in Spain, and 1996 in Germany. From 2003 to 2008, the choir had annual concert tours that included participation in World Choral Festivals and winning International Choral Competitions in Puebla, Mexico; Llangollen, Wales, UK; Cantonigros, Spain; Torrevieja, Spain; Powell River, British Columbia; and San Luis Obispo, California. The Philippine Saringhimig Singers received special awards in Recognition for Excellence in Music from the California State Assembly presented by Senator Milton Marks in 1994, and Senator Tom Torlakson in 2005.

In July 2016, the choir performed in Zurich, Switzerland and Rome, Italy and received a special recognition for their performance and participation in the 56th International Sacred Music Festival Virgo Lauretana in Loreto, Italy.

Director George Hernandez received the Pamana Award for Music and Arts in 2003. He received his education in music at the University of the Philippines, San Francisco Conservatory of Music, and the San Francisco State University.

He keeps himself active and busy composing, arranging and teaching voice and piano. Hernandez is a published choral arranger with Hal Leonard. His many choral arrangements are popular and sung by choirs from around the world; most notably, his arrangement of Rosas Pandan.