In gig economy, it’s still better to be classified as an employee 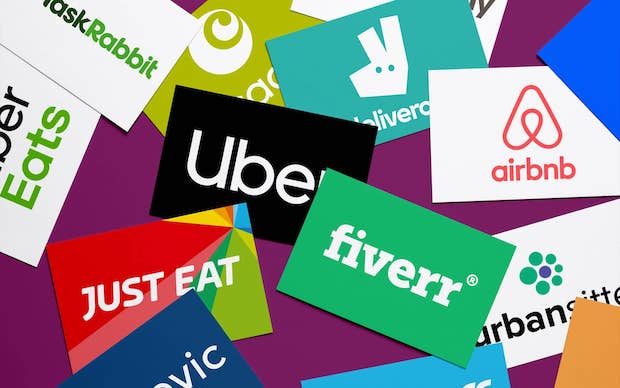 The creation of technology-driven industries has given rise to new business models that may not follow the traditional employer-employee relationship. Companies, for example, may practice “outsourcing” or “crowdsourcing” where they obtain the services from the general public, rather than from traditional employees or suppliers. This has led to the rise of the “on-demand economy” or “gig economy” where “free lancers”, on-call workers, and temporary help agency workers, attempt to make a living.

One perfect example of a company that would not exist without the current technology is Uber. Uber claims it is simply a provider of a ride-hailing application. However, in multiple lawsuits filed by its drivers, it is alleged that Uber is in the business of providing car service to customers, and that these drivers’ services are fully integrated into Uber’s business, and without the drivers, Uber’s business would not exist.

Drivers claim that Uber has misclassified its drivers as independent contractors. As a result, the drivers had to bear expenses that should be borne by the employer, such as gas, insurance, phone data charges, vehicle maintenance, and insurance. However, drivers are rarely “independent” in the way they performed their work for Uber. The company’s control over the workers is evident in the following:

Uber has also advertised to customers that gratuity is included in the cost of its car service. However, Uber drivers do not receive the total proceeds of any such gratuity. Because Uber tells its customers that gratuity is included in the price of its service and so they do not need to tip, few customers leave tips for the drivers. Uber has also prohibited its drivers from accepting tips.

In their lawsuit, Uber drivers in Massachusetts and California claim that they were misclassified as Independent Contractors when they were in fact employees. Drivers thus claim reimbursement for business expenses, payment of minimum wage, and payment of overtime. Uber countered that its drivers were not employees because Uber exercised minimal control over drivers’ work hours and work schedule, and drivers set their own hours.

Workers in the gig economy are often not called “employees” in the traditional sense. Many of them are labelled “independent contractors” and do not have the same rights and protections that employees enjoy. Independent contractors are not entitled to minimum wage, to overtime pay for working more than 8 hours per day or 40 hours per week, protection from unlawful deductions, protection from unlawful discrimination and harassment, reimbursement for business expenses, workers’ compensation protection, additional benefits such as sick pay, health insurance, retirement and profit-sharing plans, and the right to the employer’s share of the social security, unemployment and disability taxes.

There are several factors that determine whether a worker has been correctly classified as an independent contractor. The most important factor is the employer’s right to control the worker’s manner and means of performing the job.  If the employer determines how the worker should do the work, what tasks to accomplish and how to accomplish them, then the worker is an employee and not an independent contractor. Misclassified employees may be owed back wages such as overtime pay, wages for missed breaks, and reimbursements for business expenses. If the misclassification occurred for several years, the back wages and reimbursements owed may be significant.

Rather than proceed to trial Uber agreed to pay $20 million into a settlement fund for the drivers. Uber also agreed to modify its business practices by maintaining a written policy posted online governing the deactivation of drivers’ accounts.

ADVERTISEMENT
MORE STORIES
Fil-Canadian scientist is on nation’s Covid research team
Martial law creep in America
Floyd death pushes US military to face ‘own demons’ on race
Don't miss out on the latest news and information.