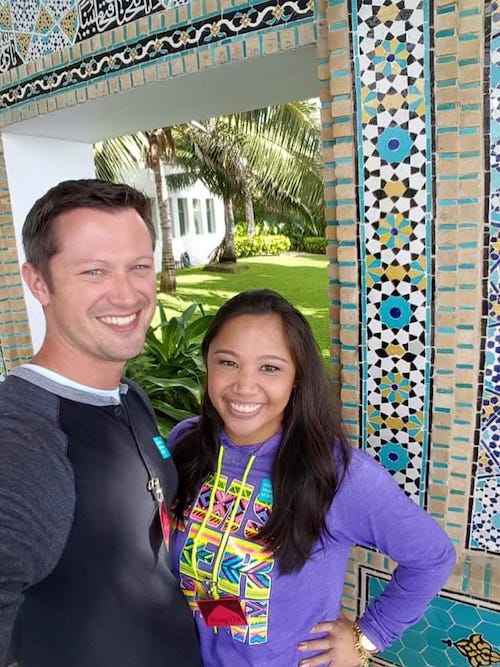 David and Michelle Paul died of an unidentified illness while vacationing in Fiji. FACEBOOK

FORT WORTH, Texas— A Fort Worth, Texas couple vacationing in the South Pacific country died from an unidentified illness.

The couple arrived in Fiji on May 22. Some time after they arrived, Michelle Paul called her father, Marc Calanog, to tell him she and her husband were experiencing vomiting and diarrhea, and their hands were numb. They went to a clinic and then to a hospital, where they were treated and then released. Calanog said David Paul was given IV bags to treat his symptoms, but Michelle Paul was not.

Fiji’s Ministry of Health and Medical Services said in a statement their conditions worsened despite medical care and they died within a few days of each other, according to the Associated Press.

A Marriott spokesman said the couple was staying at Sheraton Denarau Villas on the coast, but each died “at the local medical facility,” according to NBC News.

“We have no reason to believe there are any health risks associated with the hotel,” the spokesman said.

The ministry said it was working with police forensics, the World Health Organization and the U.S. Centers for Disease Control and Prevention to try to determine what caused the deaths. The ministry said it had put in place public health measures, although didn’t immediately identify what those were.

The couple had a 2-year-old son and David Paul had a daughter from a previous relationship, according to station WF .

The U.S. Embassy in Fiji said in a statement it had been working closely with the Fiji government, police and health officials for more than a week to investigate the deaths, according to AP.

“We appreciate the efforts made thus far by the Fijian authorities and stand ready to provide further assistance, if requested,” the embassy said. “At this point, we are not aware of any specific public health threat to the community.”