The L.A. Lakers have been through a rough season. They did not make the playoffs, they record was horrific, they seem to be missing some pieces to the puzzle. Magic Johnson left abruptly, they’re searching for a coach, what else could go wrong? The Los Angeles Lakers may have a surprising new player. The NBA news is quite shocking and exciting as well. This player is one that was not expected to be playing for the Lakers when their free agency began. And he is still up in the air about it. 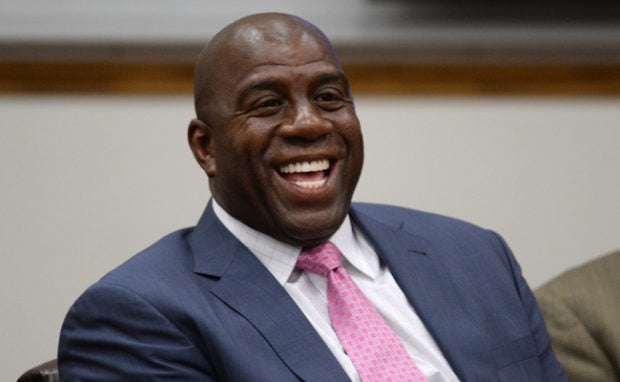 There were NBA trade rumors floating around as they do. NBA news and rumors are prevalent these days especially with more and more media outlets out there. Clearly, with Kyrie Irving being a part of the Lakers news and rumors. We all soon discovered Kyrie Irving was debating on being the new edition to the Lakers. The Kyrie trade could bring great potential to the Lakers. With Magic Johnson leaving recently, they need some positivity going on as well.

Irving is one of the best free agents in the NBA, the Lakers and Rob Pelinka feel Kyrie would be a great addition to the team. Some fans are not very happy about Jason Kidd becoming the assistant head coach either. LeBron James and Kyrie have played together before when they were at the Cleveland Cavaliers. They can win championships together, add Lonzo Ball to the equation, you have key players that can win titles.

Lonzo Ball is currently being discussed in three different camps, but the Lakers and Frank Vogel are really excited about working with him. Lonzo Ball’s name was always in NBA rumors and NBA free agency rumors were rampant. One of these Laker trade news and rumors is that the Suns are not going to offer the Lakers a lottery pick for Lonzo Ball. With all of these Lakers rumors going around, it’s hard to tell what is going to happen with the draft and free agency.

We were already shocked when Kyrie Irving was traded to the Celtics and someone will get Irving whether or not he goes to the Lakers. The Laker news rumor today has some interesting topics to discuss.  The Lakers have the fourth-round draft pick and some of these teams are going to kill it in the trades that are going on. Three days ago, Kyrie Irving was quoted at a press conference saying he has narrowed his decision down.

Irving has two choices. He is on the fence about going to the Lakers or the Brooklyn Nets. There were rumors floating around that Kevin Durant and Kyrie Irving were going to the Knicks about one month ago, but the Kyrie Irving news is that he is down to two teams.  If Kyrie Irving stats don’t say enough, the dedication to the game that he has is quite excellent. He is a great basketball player, who can win championships and has proved this to everyone. 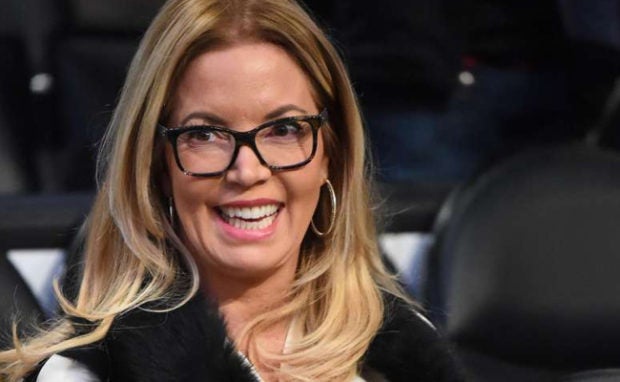 Let’s discuss Jeanie Buss and how many fans and spectators believe she is not capable of running the Lakers. Magic Johnson leaving was on Buss watch. With the issues going on with the Lakers organization, remember, she made the decisions and gave the okay for many things that have happened.

Jeanie Buss is very inexperienced as a basketball franchise owner. It has clearly been shown throughout this horrible season. She has caused interoffice drama with the franchise, she’s hired her best friend Linda Rambis as the executive director of special projects, who don’t do work.

The Lakers cannot win championships if your team behind the scenes is a gong show with drama filled executives. When Buss hired Magic Johnson, she did not give him what she promised him to start with. He resigned and did not tell her about the decision.

Buss has Rob Pelinka as the GM, but no one likes him. He is one of the most disliked execs in the NBA. No one in the NBA will even pick up the phone for Buss or Pelinka these days. So, how is she going to run her franchise this way?

Jeanie Buss must wake up and realize that she has to make the right moves to win championships. Some say that letting go of LeBron may be a good idea for Jeanie’s and the Lakers purse, but she wouldn’t do something that tragic for the team. Would she?

Jeanie Buss has to get people hired on her staff that knows what basketball is and how to win games. She has to let her best friend go and hire someone that is a real executive and can execute trades and draft picks with ease. 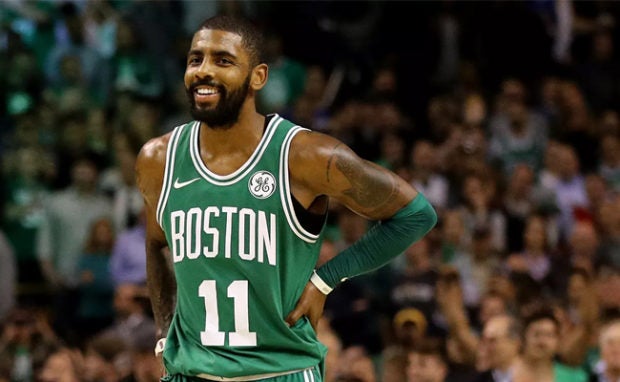 The NBA draft is on June 20th. Even though the Turner Broadcasting System hosts many of the NBA season games, the draft will be on ESPN. The Lakers were drawn for number four in the draft. They were shooting Zion Williamson, however, it looks as if the Pelicans, who won the first pick, will pick Zion. One of the top NBA draft prospects, Ja Morant, is expected to go number two in the draft.

However, Ja Morant is set to have minor knee surgery. The Memphis Grizzlies have the number two pick and have been rumored to still want Morant over Duke’s R.J. Barrett. Morant will only be on the bench for a month.  It looks like the eastern conference is trying to stack up against their teams, while the western conference is feeling that same motivation. The Lakers trade rumors are mention who they want for their draft pick.

We have already been told by the Cavs and Koby Altman that they are keeping Collin Sexton. They feel that they are better off with him than any vet that they could have traded him for. The Cavs are a mess after losing LeBron and Kyrie Irving.  The Dallas Mavericks have the 37th pick in the draft this year. Who will they pick to be apart of the excitement at the Toyota Music Factory? In Irving Texas, the weather may be hot, however, the Mavs have got to pick someone who will pick up this team.

The Irving weather is hot and humid and the Mavericks need someone who can bring the fans back to the games. Maybe the Mavs could wine and dine Kemba Walker at Las Colinas in an attempt to get him to Dallas. We can’t forget about Miami. The Heat is going to pick 13th in the draft and this week just started hurricane season. Miami is searching for a gem in the draft this year and there are a few guys that could be potential picks.

Rumors about Nassir Little being a possible pick have floated around. Also, Romeo Langford, Bol Bol, Manute Bol’s son, and Talen Horton-Tucker are other prospects for the Heat. There is not much talk from the Heat yet as to who they are deciding upon. We will find out soon enough at the draft.

It has been rumored that the Grizzlies and Celtics were working on trade with Mike Conley, however, it seems as if they are changing their tune. Especially after getting the number two pick in the draft. These are some of the teams that have been in the news lately for the draft excitement. We all know the Pelicans will get Williamson, but who will the Lakers choose? That is all to be found out on June 20th at the NBA draft.