Fil-Am film on love, loss and a dog makes it to Cannes

Fil-Am film on love, loss and a dog makes it to Cannes 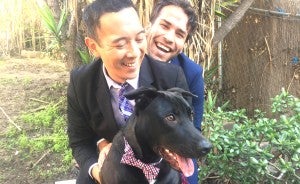 Scheduled for screening on May 25 under the festival’s Short Film Corner (Cannes Court Metrage), the film is one of 30 entries chosen out of more than 200 submissions for the Creative Minds program block.

Founded in 1946, the festival is held annually at the Palais des Festivals et des Congres. This year’s festival is scheduled for May 17 to 28.

Bernardo wrote and stars in the film directed by Tim J. Lim. Cinematography and editing are also by Lim.

“Jerky” follows Gordon (Bernardo) as he struggles to pick up the pieces of his life after the death of his husband Martin (Edwin Martinez). The biggest obstacle for Gordon is Martin’s dog Jerky, whom Gordon never wanted and is allergic to. 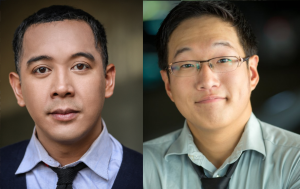 “It’s a stark and intimate portrait of the grieving process. ‘Jerky’ deals with love, loss, and those left behind,” says Bernardo.

Bernardo’s own relationships and experiences inspired the film’s premise. A few years earlier, he was grieving the deaths of several members of the Chicago theater community, where he’d worked as a theater artists (writer, director, actor) for many years.

“One of those was my good friend Matthew Gunnels. He’d been diagnosed with cancer years before and he’d adopted a dog named Beef.

“We were really devastated. In all of the things we were doing after we lost Matt, we took for granted what was happening to Beef and his own grieving process.”
Bernardo says the film explores “the everyday ‘mundane-ness’ of what it’s like when a loved one dies and the things that we have to do that aren’t so romantic and glamorous.”

It also explores the creatures or living beings that mourn the most—pets who can’t talk. “What must they be going through? Grieving and unable to communicate it.”

West Coast to Midwest and back

Bernardo was born in West Covina, California, to parents who left the Philippines with his older siblings to escape martial law.

Padfoot makes his film debut as the titular character in “Jerky.” TWELVE 3 PRODUCTIONS

He recently relocated back to the West Coast, where he’s currently artistic director of Grey Ensemble Theatre.

He’s written plays such as “Mahal,” “Tomas,” and “F*ck My Life” and has acted or done production work for Chicago theater groups such as Goodman, About Face, Victory Gardens, Lifeline, Silk Road Rising, American Theater Company, and Porchlight Music Theatre (where he’s Artistic Associate emeritus), among others.

Completing the cast are Dani Woodson and, making his film debut as the titular character, half German Shepherd and half Straffordshire Terrier, Padfoot.

“Padfoot is the sweetest dog who tries to hug and kiss every person he meets.”

Padfoot’s mother had belonged to a homeless man who bred her in an attempt to sell her puppies.

“They were rescued by the amazing Dogzhaus Rescue. Padfoot was the last one to be adopted, and I’m thankful I saw his adoption page when I did. He and I have a very special relationship.”

Bernardo had tried to find a dog trained for film work, but scheduling conflicts gave Padfoot a paw in the door. “It gave us pause at first because I’d only had him for a couple of months when we shot the film.”

“I made sure that everything in the script that Jerky had to do was stuff that Padfoot could do on cue. In the end, the natural chemistry we have as dog and owner really shone through because Tim was able to capture and edit some amazing moments.”

Shooting took three days in Bernardo’s home in the Echo Park neighborhood in Los Angeles, with a budget of under $1,000.

The film is produced by Bernardo’s production company Twelve 3 Productions in association with Fluster Pictures.

Twelve 3 is committed to diversity and inclusion, he says. “The principal cast is made up of non-white actors of different backgrounds and the production team consists of primarily women and people of color.” 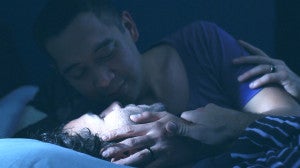 “It was a labor of love for all of us,” Bernardo says. “We hope that this film presents a time in life that many of us are sadly familiar with, in a way that is truthful, cathartic, and uplifting.”

Bernardo and Lim have opened an online crowdfunding campaign to raise funds for their airfare to and accommodations at the festival.

“Because we aren’t competing in the main festival, travel and accommodations won’t be provided for us,” he says.

If they can make it to the festival, the pair plan to take the opportunity to network with industry professionals there.

As for Beef back in Chicago, “He’s doing very well! He’s living happily with Matt’s friend and roommate.”