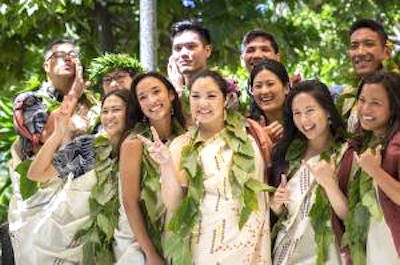 HONOLULU –The University of Hawaii has seen a record number of minority medical student graduates despite low numbers of Native Hawaiians and Filipinos in college.

Out of 73 graduates, a dozen were Native Hawaiian, double the amount in the previous year. Another 12 graduates were Filipino, compared with four in 2018.

The University of Hawaii John A. Burns School of Medicine has ramped up efforts to close the gap for minority students pursuing medical careers.

has to do with being in a group that is more underprivileged. They don’t have the same type of access to resources to prepare themselves for higher education. They also lack the role models in the community,” said Dr. Wi­nona Mesiona Lee, JABSOM’s diversity officer, who oversees the Imi Hoola program, a yearlong program that helps disadvantaged students gain access to medical school. “These students from Native Hawaiian and Filipino groups typically come from working families and immigrant families. They have difficulty pursuing higher education, much less professional degrees like medicine.”

Native Hawaiians make up 23% of the state population, but they comprise only 3.4% of Hawaii physicians, she said.

“There is a disparity. We’re not matching up to the population, and that’s who we want to really reflect.”

The program, which enrolls up to a dozen students each year who enter medical school upon completion, is not limited to a single ethnicity, though a large number are of Hawaiian, Filipino, Samoan, Chamorro or Micronesian descent who come from lower socioeconomic backgrounds but have a desire to practice medicine in Hawaii and the Pacific islands.

The $3,500 program helps strengthen their skills in science, communication, public speaking, confidence and leadership. Queen’s Health Systems provides a stipend directly to students so they don’t have to work while in the program, which has been the largest pipeline for Native Hawaiian, Filipino and Pacific Islander doctors.

Imi Hoola has partnered with the Native Hawaiian Center of Excellence, a federally funded program that aims to increase Native Hawaiians in medicine and encourage roughly 2,500 per year to consider health careers.

“In order to solve our health care issues in Hawaii, we have to actually work with students who are dedicated to serve and want to stay home to practice,” Lee said. “We’ve got to support our local kids to go back and serve the communities they come from. Oahu has a physician shortage but the neighbor islands are hurting.”