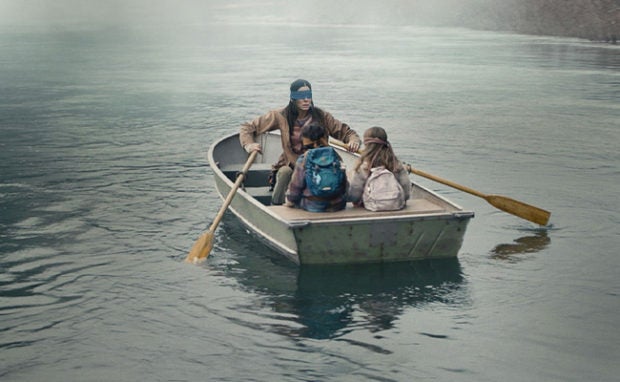 Bird Box, Netflix’s horror flick last 2018 racked up millions of views in its first week despite a slew of bad critique—all thanks to its marketing to meme-ability.

Bird Box, Netflix’s apocalyptic horror original, may have left critics unsatisfied but there’s no denying its huge presence in social media since its release. You can see for yourself with a crude Google search of “Sandra Bullock Bird Box Netflix.”

From humorous memes to a challenge Netflix issued a warning to people not to try it at home (or anywhere you shouldn’t be blindfolded, for that matter). It is certainly impossible to not know about this 2018 Netflix movie and ultimately be drawn in by all of the hype it has made.

If you’re one of the few people who still haven’t seen it on Netflix, Bird Box is based on the debut novel of American writer and singer Josh Malerman of the same name. Bird Box takes place in a post-apocalyptic world after a natural occurrence spreads throughout the world. Within this world, an ominous force decimates most of society.

Bird Box follows Malorie from her pregnancy to her fight to live with other survivors. The storyline overlaps and jumps back and forth as she guides a boat down a river with her two kids named Boy and Girl (whose names will be later on explained in the film). The goal of being on the river in the boat is to hopefully reach a real and safe colony. The trio takes on the journey blindfolded in a desperate measure to survive. Not wearing the blindfolds, as it turns out, drives people to their spontaneous self-destruction. As for the cast, Netflix boasts stars lead by Academy Award winner Sandra Bullock. Bird Box also has John Malkovich, Trevante Rhodes, Sarah Paulson, Tom Hollander, and more under the direction of Susanne Bier (After the Wedding, In a Better World).

With an intriguing set-up, an in-demand director and cast, plus a high-profile pre-Christmas release for the film. Bird Box was still not exempted from comparisons to the sensory-related horror film ‘A Quiet Place’. A film which was released to critical and commercial success earlier that year.

It generated a buzz, albeit a bad one, as critics describe the Netflix original as an algorithmic chiller that includes every trend from the sensory deprivation horror movies like Fede Álvarez’s ‘Don’t Breathe’ and the John Krasinski thriller most people refer to almost instantly. However, it seemed like Bird Box fell short on the intricate world-building and attention to detail.  Efforts as critics had pointed out as well as major questions regarding the script and use of characters.

Nevertheless, Bird Box still had its moments. Whether it was intense violence or Sandra Bullock’s delivery of Malorie as a sympathetic lead despite being an unlikable character. Not to mention, Netflix copped a slot at the AFI film festival alongside awards-friendly titles such as Roma and Green Book.

Moreover, unlike its earlier original movies, Netflix’s campaign for Bird Box rivaled the scale of its cinema-dwelling counterparts. This more likely contributed to the film’s unqualified success as the streaming service infamously doesn’t release its viewership numbers aside from bragging on Twitter that over 45 million accounts (45,037,125, to be exact) had watched Bird Box in its first week.

Is Bird Box the Best Netflix Movie to Date? There’s no denying that Bird Box is one of the best Netflix movies to date. The streaming service doesn’t produce all that many high-quality original films. Bird Box viewers still flocked to Twitter as soon as it was released, despite the criticism. This created an immense social media buzz, which birthed millions of memes and the rather perilous Bird Box challenge.

“It’s going to take very careful consideration about how it translates,” Bier remarked in an interview regarding the movie’s wildfire reaction. “Classical measurement has either been box office or awards. This defies all of it. Though, creating a phenomenon is bound to translate into something.” Bird Box can also be seen as a win for female directors. Netflix can be the platform for these female directors to be creative. According to the 21st annual The Celluloid Ceiling study, only 8 percent of the directors of the top 250 films at the box office is made up of women. The film, Bird Box is still a rare female-directed mainstream movie. The director thinks has contributed to the film’s success with female audiences.

It can be agreed that with Bier’s faultless direction and Bullock’s gripping performance, Bird Box is a successful movie. You could even say that it didn’t even give a glimpse of the monsters that haunted the characters. And for many viewers, it certainly was a hit.